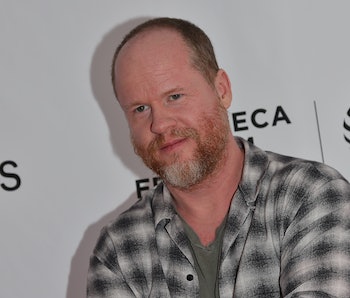 Despite having been “beaten down” by Avengers: Age of Ultron, Joss Whedon hasn’t entirely ruled out another adventure with a big budget sci-fi film. In fact, the filmmaker is even up for getting back in bed with Disney, at least under the right circumstances.

Though franchises can be limiting, Whedon told Complex that the chance to add a new interpretation to someone else’s universe can be attractive. Which is why he wants to do a Star Wars movie — so long as he gets to do it his own way.

This falls in line with previous comments Whedon’s made about what he’d do with a potential Star Wars film. When asked for his thoughts on bringing some of the original characters back to the new films, Whedon told Digital Spy, “I wouldn’t go back, I’d go forward. I would want to create characters that would resonate the way they did. Not that he doesn’t want to see the characters, but, “I also feel like I would want to explore a very different part of that universe.”

The rumors of a Joss Whedon directing a Star Wars film are hardly new. The conversation came up in 2013, then again in 2015, and though Whedon makes no remark about actually doing it, his comments have reignited the conversation about what a Whedon Star Wars movie might look like.