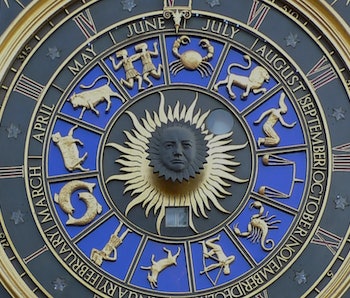 President Obama isn’t the only person being bugged about their birthday. The Washington Post and The Wall Street Journal are reporting that astrologers are in a tizzy over the exact time that presidential nominee Hillary Clinton was born. They need the exact moment so they can create an accurate astronomical birth chart, which they believe illuminates someone’s personality traits as well as the course of their future.

Clinton’s birth hour, described as “the time we’ve been seeking for so many years” by Ray Merman of the International Society for Astrological Research, has typically been believed to be either 8 a.m or 8 p.m. More recently, astrologer Marc Penfield made the case it was 2:18 a.m. — a time he said was hinted to him by someone at the records office of Clinton’s hometown of Springfield, Illinois (he’s since retracted that claim).

Clinton, meanwhile, hasn’t offered to give her birth time. Astrologer Shelley Ackerman told The Washington Post that people conceal their birth time because “if people know what is going on in the angles of her chart, they know … when you’re vulnerable, when you’re not vulnerable.” It’s either that, or you know, she has other things to worry about.

Regardless of how stressed these astrologers may be, birth charts have consistently proven to be inconsequential to actual fate. When NASA revealed that the their were 13 astrological signs instead of 12 and people were pissed their signs changed, the space agency threw a little Tumblr shade, writing, “It’s [astrology], not a science. No one has shown that astrology can be used to predict the future or describe what people are like based on their birth dates.”

But science has dipped its toes into astrology. In 2003 psychologists Geoffrey Dean and Ivan Kelly conducted a meta-analysis of 40 controlled studies on the subject. But in each study astrologers did no better than random participants in predicting people’s traits when they had self-reported personal information from subjects along with their birth charts.

Dean and Kelly break it down: “After twenty centuries of practice, astrologers still cannot agree on what a birth chart should contain, how it should be interpreted, or what it should reveal.” That’s not a great sign for astrologers pushing to figure out Clinton’s charts, but then again, science has never been too kind to astrology.