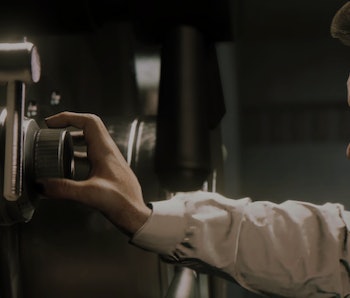 The first time you boot up Mafia III on your platform of choice, you’re greeted by the usual intro screen with the game’s title prompting you to start your journey as Lincoln Clay in New Bordeaux. But if you hang around for a little while, you’ll also hear a familiar tune from the man dubbed “the most gifted instrumentalist of all time” by the Rock and Roll Hall of Fame: Jimi Hendrix himself. Hendrix’s “All Along the Watchtower” isn’t just another memorable tune to sing along to in-game though; it’s a key piece of Lincoln’s character that adds a layer of depth to his story.

Instead of filling every moment of Mafia III with tunes for players to bob their heads to, Hangar 13 opted to take the more difficult route and use each of the game’s iconic songs to tell the very story of Lincoln Clay and those associated with him. When key narrative moments pop up that are meant to have an impact, iconic tunes from artists like Cream kick up with them, and the result is nothing short of astounding.

Mafia III features flashbacks to Lincoln’s time in Vietnam with hits from Creedence Clearwater Revival and Jimi Hendrix. He robs Federal Banks while Count Five’s “Psychotic Reaction” is kicking in the background, and he escapes from the police in a wild car chase while Steppenwolf plays “Born to Be Wild” through the radio.

What’s great about this approach to using classic hits is that each song isn’t just thrown in for the sake of being present in the game. While it’s true that you can listen to many of the game’s big artists like the Beach Boys, Sam Cooke, and The Rolling Stones on your car’s radio while driving around, you won’t have Mafia III’s famous soundtrack blaring at you while you explore the open world.

Just like From Software did with Dark Souls 3, Hangar 13 keeps many of the iconic tunes locked away during regular gameplay in order to present them when they’re most valuable to the main narrative. Most of the time you spend roaming around New Bordeaux is filled with generic tunes or songs stripped of their vocals to give a similar vibe without ruining the impact they have in Lincoln’s story.

This remains consistent throughout Mafia III’s entire campaign too, ensuring that every single meaningful tune helps flesh out Lincoln’s character. Thanks to this, Mafia III keeps a strong musical narrative to compliment the excellent dialogue and characterization — presenting players with a fresh take on the tried-and-true Hollywood practice of using music to build character.