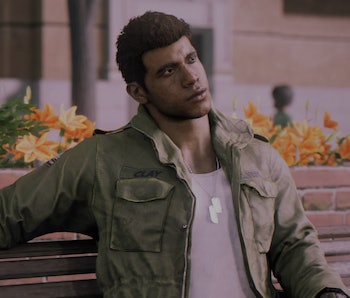 Compared to its predecessors, Mafia III from developer Hangar 13 is a massive game with a huge open world — one larger than all of its predecessors put together — for you to explore and interact with. While the game is centered around the main narrative of protagonist Lincoln Clay’s struggle, there’s plenty of side activities to do too. Heres a few quick tips on how to do just that.

You should be prepared to spend your first few hours in Mafia III working through the main narrative while the game holds your hand with tutorials. Like those before it, Mafia III has an extremely long (and well done) introduction to the story that helps set the stage for the rest of the game. During this intro, you’ll learn about Lincoln’s past, his adopted family, and his motivations for going after the Italian mob in New Bordeaux.

From a gameplay standpoint it’s a relatively on-rails experience — unlike the rest of Mafia III that follows it. So sit back and enjoy the ride.

When you first begin taking over New Bordeaux, you won’t have many resources at your disposal. As you expand your hold on the city through the first section of the game, you’ll need income to spend on upgrades and new equipment. While the small stacks of cash lying around the open world may not seem like much at first, they start to add up if you collect them continuously. If you see a stack of cash, even if it’s only $10, make sure to grab it and stash it; it’ll come in handy later.

In Mafia III you can only carry a small amount of ammunition and equipment while roaming the city, which means you’ll usually find yourself running out of it relatively quickly. Typically, the 50 to 200 bullets at your disposal are enough to handle a single mission or a few different side missions, but when you run out you’re going to be tempted to purchase more from the arms dealer.

Restocking ammunition and equipment is extremely expensive early on, and enemies you kill will almost always drop new weapons for you to use instead. Sure, they may not be the best, but they work and they’re free — and that’s what matters.

Mafia III may be a game centered on great gunplay with the occasional explosive, but that doesn’t mean melee should be left in the dust in favor of bullets. While it may be a slower approach, stealth allows you to move around and thin out the herd with some well-timed knife kills before shooting your way through to your objective.

If you’re determined to play aggressively though, make sure to take advantage of the new brutal takedowns. They may be a pain to time perfectly, but these allow you to eliminate an enemy in close quarters without using ammunition, and they’ll stun enemies around you for a short time to boot.

When you first start taking down enemy rackets and destroying assets scattered about New Bordeaux, you’ll have the opportunity to kill enemy bosses for an instant cash bonus or spare them to add money to your own racket. While it may be tempting to go for that instant bonus to purchase some new gear, it’s always a much better idea to spare them to increase the value of your own racket.

Once you control the area yourself, you’ll then gain increased income for the duration of the game instead of a relatively meager bonus on the spot. It may not seem like much at first, but it really starts to add up after you’ve secured a decent portion of Mafia III’s map.