In the first episode of BBC America’s forthcoming series Dirk Gently’s Holistic Detective Agency, Elijah Wood’s Todd sees a time traveling version of himself, and then shit gets weird.

On October 7, a special preview screening of the show at New York Comic-Con revealed a time travel sci-fi bromance that could be a certain fan’s next favorite thing. The new TV adaptation of the beloved Douglas Adams novel and its sequel, The Long Dark Tea-Time of the Soul, stars Samuel Barnett as the titular Dirk Gently, a detective hired to investigate a murder by the victim prior to the victim’s death. Elijah Wood is Todd, a hapless guy who loses his hotel job, has zero money, and sees a double of himself from the future in the first 10 minutes of the first episode.

In no time, Todd and Dirk become instant partners even though Todd doesn’t want anything to do with the flamboyant and charmingly arrogant detective. Hot on their tails are various policemen, FBI agents, and a “holistic assassin” who serves as a foil to Dirk Gently’s role as a “holistic detective.” 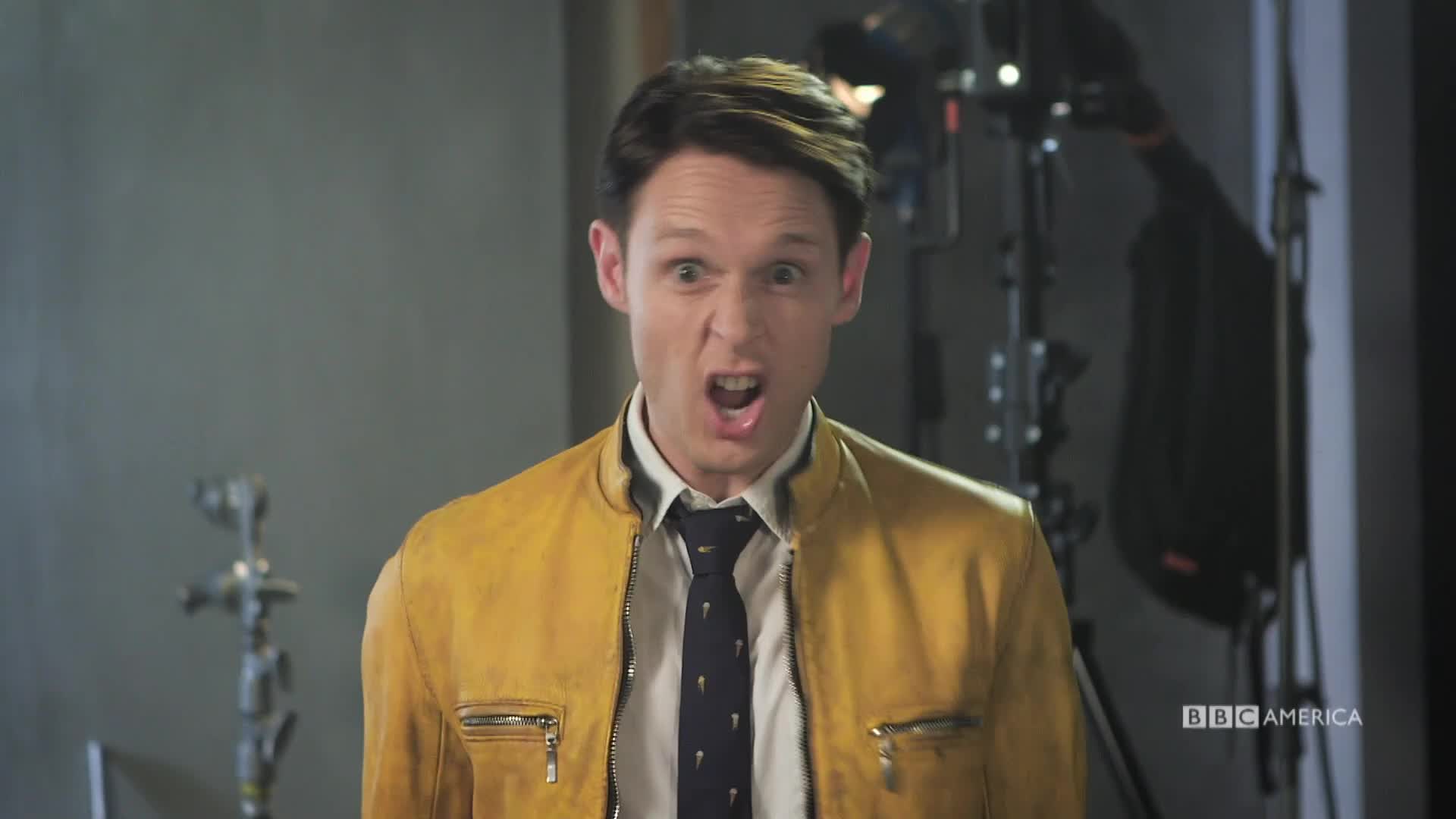 In adapting the Douglas Adams source material, writer Max Landis told the New York Comic-Con audience that he wants the show to “get weird” and to have “more humanity” than previous Douglas Adams adaptations and even more humanity that the books themselves.

If the rest of the action and humor of Dirk Gently’s Holistic Detective Agency is as engaging as its pilot episode, the upcoming show is going to be the perfect series for fans who were hoping for a hardcore, witty, and fucked up mashup of Sherlock and Doctor Who.