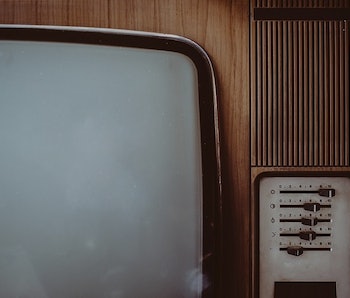 The days of giant black screens on walls may soon come to an end. Not content with fitting humans with exoskeletons and laundry-folding robots, Panasonic has unveiled an update to its translucent TV prototype that takes movie night one step further, merging a glass sliding cupboard door with a screen. It’s in the early stages, but the company’s breakthrough could spell big changes for building design.

There’s a very thin OLED mesh embedded in the door, invisible when off but enough to block out the image when switched on. The earlier incarnation, which Panasonic has been showing off since January, wasn’t quite ready for prime time. When on, the OLEDs weren’t bright enough, so the company had to add external lights. The new diodes are bright enough to do away with these, reaching the point where the TV disappears into the cabinet.

Unfortunately, you’ll have to wait a while to get your hands on one. A Panasonic spokesperson told Engadget at Japan’s CEATEC show on Tuesday that the panel probably won’t be available for another three years, if not longer.

OLEDs are the wonder tech that are transforming mobile devices, but currently sit outside of the realm of affordability for the big screen. Its ability to completely shut off individual pixels gives it an unparalleled advantage with displaying deep blacks. Phones like the Samsung Galaxy S7 use the technology to maintain an always-on screen. LG’s 4K OLED TVs benefit from impressive picture quality, but currently retail for well north of $2,000.

Some may question why you’d want to look through your TV when not using it, but Panasonic’s demo gives a glimpse of what OLED technology may enable. Architects could incorporate the technology into their designs, creating “movie rooms” that block out the light when a film’s playing, before returning to a well-lit room after the film’s over. Space-strapped apartment hunters could buy cabinets with storage space that double up as a TV, while bedrooms could build the screens into wardrobes to save on having a giant screen in the room. It may be a while off, but when it comes to interior design, Panasonic’s breakthrough may literally help TVs disappear.