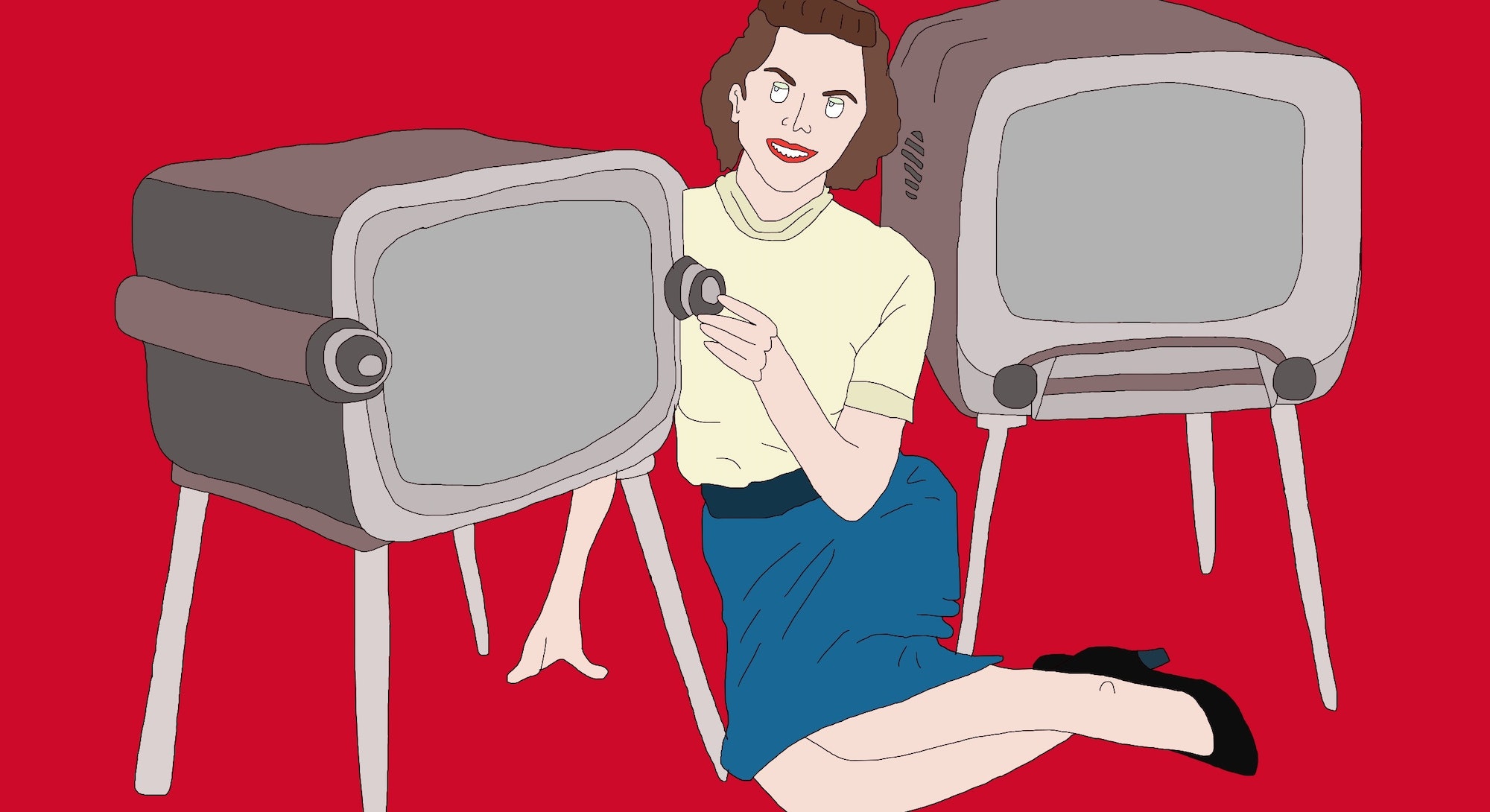 My best friend and I are sitting on a ratty, old couch in his basement at four in the morning on the edge of our seats.

“What, are you firing me?” asks an Apple employee, quivering on screen.

“I already fired you!” Ashton Kutcher screams back. He’s playing Steve Jobs. It would be too kind to say, “Steve Jobs, as played by Ashton Kutcher,” because that suggests the suspension of disbelief. It’s hacky, try-hard garbage, but it’s also the twentieth time we’ve watched this scene on this late weeknight sometime in the haze of 2015.

Say what you will about the lifestyle choice, but more and more, movie fans are relishing the awful, from every clunkily delivered piece of overwritten dialogue to every smash cut to a helicopter shot and a deafening chorus of “The Boys Are Back in Town.” Popular podcasts devoted to these movies, like “How Did This Get Made?,” “The Flophouse,” and “The Worst Idea of All Time,” are drawing consistent, fanatic audiences. The community building around bad movies appears baffling from a distance, but its individual members share a few key qualities: A love of film, a sense of humor, and a dash of self-hatred.

I Put My Evil Inside You!

What’s the criteria for a truly good “bad watch?” Writer Nathan Rabin was one of the first to explore this infinite rabbit hole, spending a year analyzing the worst of the worst via the now-legendary AV Club column, “My Year of Flops.”

“They’re ballsy and intense and strong, and good movies and bad movies are both eminently preferable over mediocre movies, which are the worst of all,” Rabin says, a sentiment echoed by other bad movie curators like How Did This Get Made?’s Paul Scheer and The Worst Idea of All Time’s Tim Batt.

Then again, all a bad movie truly needs to become a counterculture success is a community willing to bat for it. Amanda Klein, professor at East Carolina University who teaches a custom-made course called “Trash Cinema and Taste,” says that perception is reality. “It’s kind of like the Supreme Court definition of pornography: ‘I know it when I see it,’” she explains.

Theres no hard and fast way to identify a hate-watching hit, but some traits ring constant with their curators, as they each explained to Inverse.

- Some sort of skateboarding/snowboarding scene (Scheer)

- An elaborate and impossible to pull off double cross (Scheer)

Just as important is what the truly bad movie cannot be: self-aware, an onus that Rabin places on Snakes on a Plane and Scheer on the Sharknado franchise. If you’re aware of the product’s inherent badness, it won’t be as fun to watch, even if all the elements of a bad movie are in place.

The bad movies that grow in popularity tend to fall into one of two categories: big-budget commercial films that failed to deliver, fiascos, or low-budget auteur projects led by misguided amateurs or, better yet, full-blown maniacs. This is Grown Ups 2 versus Glen or Glenda, The Master of Disguise versus Manos: The Hands of Fate.

“I find that people who are obsessive about bad movies tend to be adventurous, open-minded, and culturally voracious,” Rabin said, “in part because they are intrigued rather than repulsed by a movie’s reputation being terrible…in order to do justice to bad movies, you also need to have a deep reverence and respect for good movies.”

Adds Scheer: “It’s gotta be bad in the right ways. I actually don’t think it can even really be called a hate-watch because you have to kinda love it.”

This is where Rabin and The Flophouse succeed in particular. While the show is focused on bad movies, their near-encyclopedic knowledge of cinema in general provides a larger context to why the movies are so laughably bad. If you don’t know what a good movie looks like, it’s harder to appreciate the opposite end of the spectrum.

The real mystery remains: If they’re so bad, why are we still listening?

Like a misguided Fifty Shades of Grey fan fiction or a relationship you stay in three months too long, the draw of bad movie culture is rooted in schadenfreude and a craving for the human touch.

Schadenfreude is one of those tricky German terms meaning “pleasure derived from someone else’s pain,” whether it be someone tripping in the street or Tommy Wiseau’s ridiculous sex scene in The Room. The principle applies to our enjoyment of bad movies in a big way, and the study of schadenfreude in a community context is well-documented.

“Even if ‘we’ don’t benefit in any material way, ‘they’ still make ‘us’ look and feel better by comparison,” explains Mina Cikara, an Assistant Professor in the department of psychology at Harvard. If we both hate X, then I feel like my experience and opinion are validated and that is satisfying.”

Sure, you didn’t have what it took to get through grad school. Sure, your girlfriend left you a week before the wedding. At least you didn’t lose $6 million while making the world’s worst movie like Tommy Wiseau, and so for you, it’s fun to watch his project fail time and time again.

Most people have experienced schadenfreude at some point, but applying it to bad movies is the phenomenon at its most harmless. Strangers can enjoy the misfortune of people they’ve never met and share it with other bad movie aficionados. The appeal of watching the scene in The Master of Disguise in which Dana Carvey is inexplicably dressed as an anthropomorphic turtle when you know that scene was shot on September 11, 2001 is not all that different from laughing when the professor who flunked you falls on black ice. As Cikara explains, we’re driven by this and want to share it with others.

Ouwerkerk has conducted a bounty of social experiments that prove schadenfreude is more fun in a group. In 2012, he showed individuals clips of naked human failure — think bottom of the barrel American Idol auditions, the bevy of fail videos available online — and calculated their pleasure responses in accordance with their own self-esteem. Sure enough, the subjects who would just as happily encourage you to continue your improv classes had schadenfreude responses.

In a later study (results have not been published), Ouwerkerk returned to similar clips watched either with peers or chat windows where subjects could interact about how badly the video’s subject was failing. This pseudo-community building exercise uses other people as “humor cues,” as Ouwerkerk puts it, to validate the pleasure the viewer is getting from whatever William Hung wannabe is belting a Whitney song in memory of his dead cat.

Bad movies like the ones featured on prevalent podcasts are an easy target for this low-key schadenfreude. It allows a community to take in the failure that is an abstract entity rather than one poor guy, making it a shareable experience.

Unsurprisingly, this behavior translates into our everyday life as well.

“We do not only hate-watch, but also ‘hate-follow,’” Ouwerkerk explains. “That is, in recent research we have shown that people may ‘befriend’ others on Facebook, because they provide an easy target for schadenfreude.”

Cikara and Jaap have also confirmed that a feeling of schadenfreude makes the individual far more likely to want to spread the word of how bad something is, which may explain the growing community. Watching other people suck at something without knowing how bad they are on a grand filmic scale is a momentary distraction from the fact that we, in fact, suck just as bad. The only difference is that we know it.

This “purity of heart” approach to filmmaking is so important to bad movie culture because, in short, we are monsters.

Rabin reminds us that while we are psychological disaster zones wrapped in different shades of human meat, the culture is rooted in fun and connecting with other psychotic meat people over the ridiculousness of it all.

“One of the things that separates a transcendent bad movie from a merely bad bad movie is that there tends to be wonderful stories behind transcendent bad movies,” he continued. “Easy Rider: The Ride Back, which is, literally, a sequel to Easy Rider written by, and starring, the lawyer who sued to get the rights to make a sequel to Easy Rider. That is fucking insane, and so preposterous, that if you put it in a movie it’d seem crazily unrealistic, but, dear God, Easy Rider: The Ride Back exists, and is just as wonderfully insane as you might imagine.”

Much like The Rocky Horror Picture Show, ritual also takes a fierce role in the persistent success of bad movie midnight screenings for The Room, Troll 2, and others. These are events that fans of the movie go to again and again, shouting “Focus! Unfocus!” when Wiseaus shots falter, and “because you’re a woman!” at the end of any of his hacky attempts to write dialogue for female characters. It’s a shared experience, and is laced with as much entertainment as it is pleasure in the face of another’s abject failure.

While bad movie culture is, at its core, one built on an appreciation and enjoyment of others’ failure, it’s also rooted in the old-school philosophy of enjoying something, looking for like-minded individuals and spreading the word. At the end of the day, no one is hurt. In fact, Tommy Wiseau gets to tour the world because of it.

Sure, I’m a bad person with a schadenfreude, but aren’t we all? Psychology says so. Let’s grab some fast food and watch Jobs, gang.