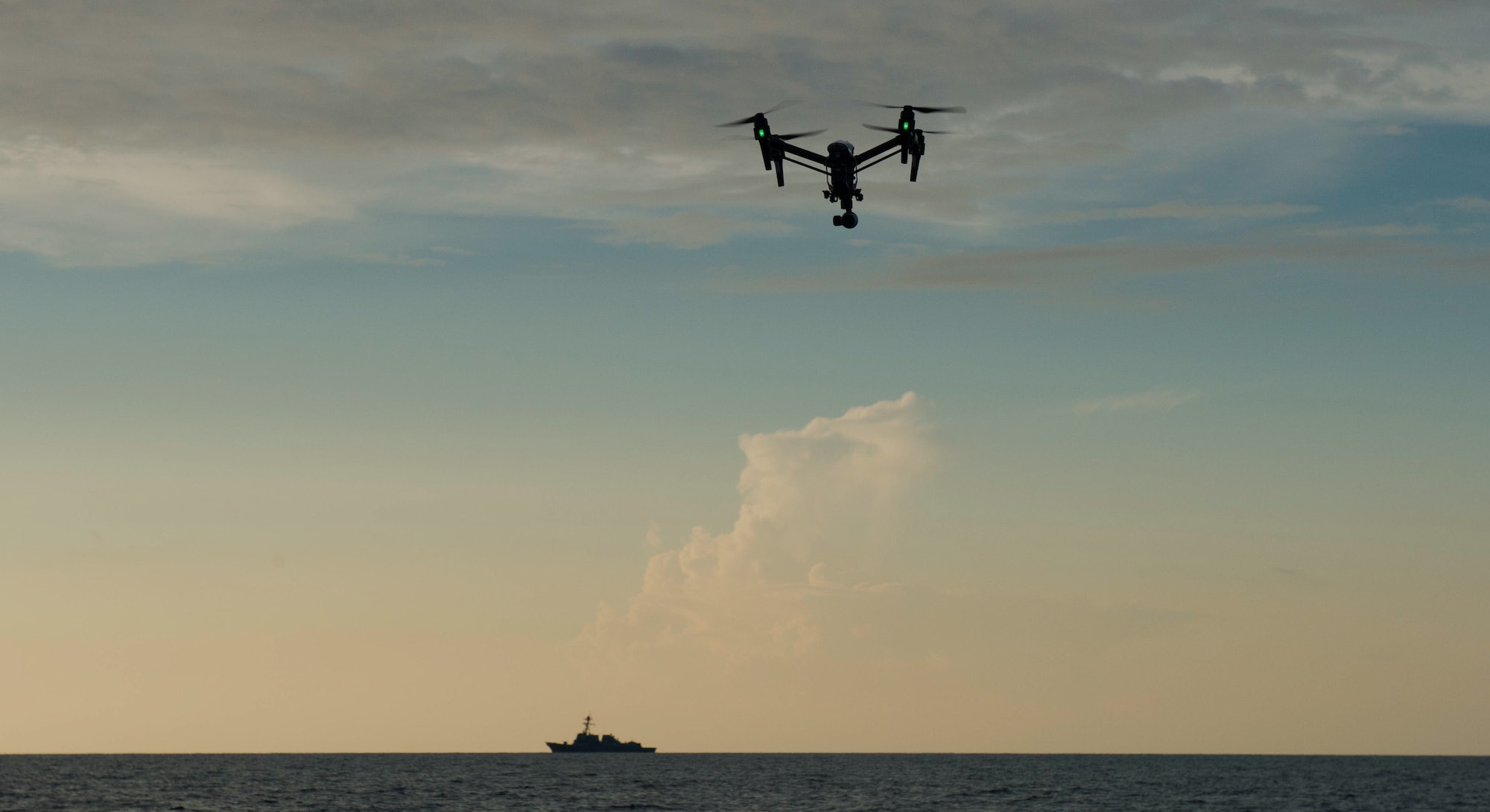 The day begins early for Jonathan Hunter at Eglin Air Force Base in Florida’s panhandle. He can see other vendors in the distance, waiting for their turn to demo their drone-droppers that jam signals or override controls.

This is the scene at Black Dart, the Department of Defense’s annual two-week event to test the latest in counter-drone technology. The anti-drone bonanza finished up this past weekend and came with a $4.8 million price tag. Black Dart began in 2002, but only began allowing press to attend two years ago, and even now much of what happens there is secret. Although 15 years ago the United States maintained a near-monopoly on military drone technology, 19 countries now have or are developing armed drones, according to New America’s International Security Program.

Human rights groups and privacy advocates have repeatedly raised concerns about the U.S. government’s drone programs, as well as the potential for governments to carry out relatively cheap and sweeping surveillance using drones. Despite these critiques, drone proliferation is happening in both government and civilian sectors, with the international drone market predicted to rise to $127 billion by 2020. One particular worry for military and law enforcement officials throughout the country is the potential to weaponize cheap, commercial drones either on the battlefield or in civilian life.

That’s where people like Hunter come in. He’s the CEO of Department 13, one of the contractors that participated in Black Dart. Its anti-drone product is called Mesmer, and Hunter claims it employs a technique called protocol manipulation. “It allows us to control the drone and specific airspace,” Hunter tells Inverse. “So if you want to protect a critical infrastructure, we don’t jam, we take over and do a gentle landing. Or we can keep it out of an area by reverse-thrust on the drone, so it’s not allowed to fly in the area.” Not only can Mesmer take control of the drone, but in some variations of the software, it can also take control of the drone’s sensors, including an onboard camera. “We don’t do that for certain use-cases, and it depends on who is going to be operating Mesmer,” Hunter says. “There’s a commercial variant of Mesmer, and a government-only variant of Mesmer.”

Mesmer participated in over ten exercises at Black Dart, according to Hunter, “and it performed very well, in excess of one kilometer in mitigations.” The software -– which can run on any Android-driven device — was able to execute both return-to-home operations, essentially recalling the drone to its launch area, as well as “a safe landing in mid-air, so in other words, we take control of the drone and land it safely,” Hunter says.

Despite the myriad of concerns drones have raised in human rights circles, anti-drone technology has been far less analyzed. On the one hand, it’s hard to argue with software that can keep a flying bomb away from a sports stadium or power plant. That’s an obvious no-brainer. Here’s a video put out by Department 13 to promote Mesmer’s drone-disabling ability. Hunter appears at the end, describing it as a “counter-drone solution”:

At the same time, there could be privacy and civil liberties questions raised by this emerging technology. Will law enforcement use this software to prevent journalists or activists from filming protests using drones? Or will cops be tempted to take over a media-owned drone camera? These are, admittedly, questions on the margins, but as with any new technology the public should retain some skepticism about how it will be used.

Department 13 was one of ten contractors invited to participate in Black Dart, says Lieutenant Commander Ryan Leary, the Black Dart project officer. “They range from relatively new start-up companies to major defense contractors,” Leary tells Inverse. When asked for a complete list of contractors, he responded: “We typically do not list participants. Should they desire media interest, they will release individual press releases.”

The testing grounds went beyond the open range where Department 13 showed off Mesmer. “The environment is as widely varied as the panhandle of Florida will give you,” Leary says. “So, not mountainous terrain, but we had a significant portion of the overland range open to us for operations, and we also had two ships out at sea. So we had [unmanned aerial systems] flights over land and the maritime domain.”

“This year we focused on two areas of technology,” Leary says. “One was specifically non-kinetic negation,” which is military-speak for ways to disable drones other than shooting them out of the sky with a bullet, missile, or laser. That’s not to say, though, that the military hasn’t experimented with a more old-school approach to taking out flying robots. In 2015, a Marine sniper at Black Dart shot a drone out of the sky from a helicopter. The same year, the military destroyed a drone with a door-mounted machine gun on an SH-60 Seahawk helicopter. Not the most futuristic approach, to be sure, but it got the job done.

“And then the other thing we try to look at is methods of data fusion,” Leary says. He says the military wants to avoid a situation where it’s “relying on a person in one position to be looking at multiple screens to make a decision.” Instead, it’s about pulling data from a variety of sources simultaneously.

Small, commercial drones have begun showing up in conflict zones at an increasing rate. ISIS has used them against U.S. forces, as has the militant group Hezbollah. Black Dart, which tests counter-drone measures on all sizes of drones in both commercial and government sectors, is an acknowledgement that small, cheap, flying IEDs are a major concern to the U.S. military.

Mesmer could be one solution to Pentagon’s problems detecting and disabling drones. Imagine a small team of the roughly 300 special ops soldiers deployed in Syria is particularly concerned about ISIS attacking them with a cheap drone outfitted with a crude explosive. Could Mesmer essentially create a mobile “no-drone zone” around the team? Hunter, the Department 13 CEO, is cagey, but says yes: “There are a lot of use cases that Mesmer supports, and potentially that could be one of them,” he said.

The military is a bit more tight-lipped. When asked about the same scenario, Leary, Black Dart’s project officer, deflects. “We had a wide array from start-ups to large defense contractors come and they had a wide array of various long-range and short-range detection and negation capabilities that they were testing,” he said.

In military-speak, that’s about as close as you can get to a yes.