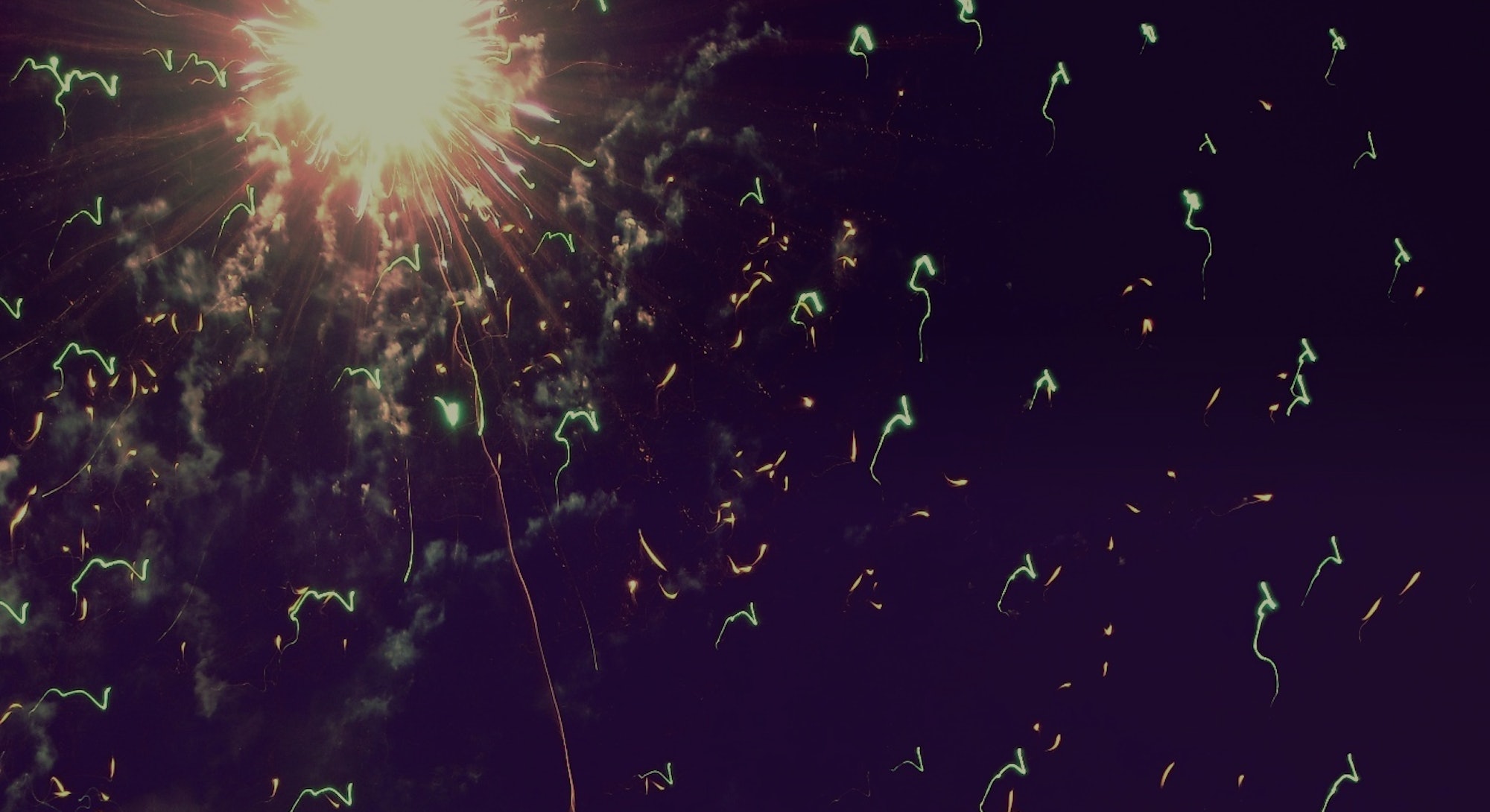 Earlier this month, the journal Astrophysics and Space Science published one of 2016’s most bizarre, yet compelling, research papers. The tract, by German theoretical physicist Claudius Gros, argues that the probability of other planets hosting evolving extraterrestrials is so small that it’s incumbent on humans — as caretakers of the universe — to actively distribute life through the cosmos. The paper, “Developing Ecospheres on Transiently Habitable Planets: The Genesis Project,” has raised eyebrows, hackles, and some concerns, but it was and is of a piece with the school of planetary science that favors the notion that life has a narrow window of opportunity to emerge and prosper before a planet becomes permanently sterile. It just takes that idea and runs in a different direction.

Inspired by the work of others, Gros has posited that mankind should consider altering the fundamental probabilities of the universe in order to create events like the Cambrian explosion, which was responsible for creating much of the biodiversity of Earth, takes place elsewhere. The idea is that mankind can serve as an absentee God and “fast forward evolution by 3-4 billion years.” The number that puts that in perspective is the current age of our planet, roughly 4.5 billion years.

The mission presumes that life is good and more life is better. Gros is proposing perhaps the first program that supports the idea of life without ascribing any particular value to the idea of human life.

If you’re familiar with the concept of “panspermia,” then this all probably sounds somewhat familiar. Panspermia is the hypothesis that primitive life can survive space, hitch a ride on asteroids or other space debris, and go into a state of dormancy, before landing on another world where they can reactivate, establish a habitat, and continue along with the evolutionary process. Some scientists believe that this is how life arrived on Earth. “Directed panspermia” is the notion — dramatized in the film Prometheus — that this can be done on purpose by intelligent lifeforms. The catch is this: It’s illegal to seed other planets or moons with life from Earth either intentionally or by accident.

The guiding principle of “planetary protection” persuade explorers to be cautious, to protect other environments from the unforeseeable and potentially harmful effects of human space travel and exploration. The Anthropocene should not, the thinking goes, extend beyond the exosphere even if a Mission to Mars is within reach.

“On Earth, invasive species are problematic for human interests — so we’ve chosen to avoid distributing Earth life in our solar system, until we have a better understanding of the consequences,” explains Catharine Conley of NASA’s Planetary Protection Office. “Why would it be a good idea to consider treating other solar systems differently than we treat our own?”

Gros scoffs at this, describing the idea of panspermia as “scientifically utterly unfounded speculation,” which is odd given that the plan he’s put forth is simply an active, directed version of the same concept. Gros wants to develop low-cost spacecraft fitted with laboratory equipment that allows for in-situ synthesis and incubation of single-celled microbes cultivated from our planet. These spacecraft would be sent (by a space agency or group of agencies) to towards potentially habitable exoplanets and exo-moons in interstellar space. They would then, if all went well, colonize them with primitive life, kicking off a sequence of Cambrian explosions across the universe.

Gros’s plan seems far more feasible than it would have several years ago for a two reasons. The first is the sheer explosion of exoplanet discoveries (3,388 confirmed planets and counting), which seems to indicate that we are on the cusp of finding a new world potentially habitable to life that may even already be a home to some lifeforms. The second is technological: Robotic spacecraft could soon be feasibly sent to interstellar worlds within a reasonable timeframe. Nowhere is this better illustrated than in the plan for the Stephen Hawking-led Breakthrough Starshot initiative, which seeks to send a fleet of ‘nanocraft’ 4.3 light-years away to the star system Alpha Centauri to search for habitable exoplanets and extraterrestrials. Although that plan features some unanswered questions, it’s indicative that interstellar travel is an inevitability. What Gros is proposing, therefore, is extreme but far from ridiculous.

The debate the “Genesis Project” catalyzes isn’t about what we can do, but what we should do using our new knowledge of the cosmos, solar sail technology, and — and this is by no means minor — synthetic biology, which humans could one day harness to develop a small lab that could synthesize primitive life from scratch. Could we fit that lab into a probe? Yes. Should we? That’s a different matter. There’s certainly an element of Abraham Maslow’s Law of the Instrument — “If all you have is a hammer, everything looks like a nail” — to Gros’s plan, which calls for setting a process in motion but doesn’t explain how results could be monitored or analyzed.

The life labs could take anywhere from tens to thousands of years to get to another planet light-years away, depending on the kind of technology future generations develop. (The critical issue for ultra fast space travel right now is that we don’t currently have a clear idea how to decelerate a spacecraft traveling at extreme speeds so that it could safely land on the surface of another planet.) It’s unclear how long it would take humans to follow.

And the objections don’t end there. Aditya Chopra, an astrobiologist from Australian National University in Canberra, questions Gros’s whole premise, which seems to assume that rewinding the tape of life will lead to the same outcome after millions or billions of years of evolution. “The rationale behind planting a few microbes on another planet and expecting that they will evolve to the same sort of microbial biosphere we see on Earth today has not been justified,” Chopra says.

Chopra dismisses the notion that there is “some standard universal rate of biological evolution and that it is unidirectional.” There are, he adds, some inaccuracies in the paper about early life on Earth.

“There is no convincing argument presented why unicellular life transplanted on another planet will evolve towards a eukaryotic Cambrian-like explosion and why such an event is useful to keep a planet habitable,” Chopra says. “The universe is under no obligation to share the author’s anthropocentric perspective that life is beautiful and spreading it around is aesthetically pleasing.”

There are also concerns that such a project could extinguish, transform, or alter already extant terrestrial life. “I see no real benefit to the proposition, which at best might erase evidence of another genesis that has already taken place on another world, and perhaps was established by some other civilization’s physicists working on the same lack of perspective,” says John Rummel, a former senior scientist for astrobiology at NASA and current professor of biology at East Carolina University.

“Taken to its logical conclusion, we might very well disrupt an extant biosphere by dropping a packet of Earth germs in the middle of it,” says Rummel. “That could surely piss off the Klingons, and I don’t think we should start our interstellar record that way.”

Gros pushes back on this idea by saying his project would specifically avoid seeding planets where life is already thriving, but would leave things open in cases where primitive life has only just arisen or exists with scant diversity. Of course, that presumes that the project remains compelling after the discovering on extraterrestrial life.

“I don’t try to convince anybody,” Gros says.

He adds that ultimately the Genesis Project is a vehicle for starting a conversation about whether shaping and influencing other planets is right or wrong — especially since the trajectory of emerging technology will enable such actions. If that’s the point, then the project may already be working. If Gros hopes to accomplish more than that, he’ll need to change minds.