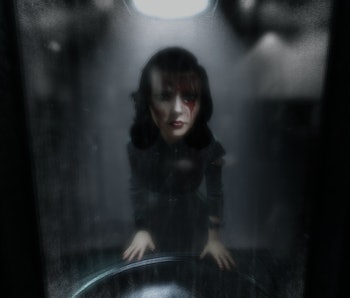 This week — today, in fact — BioShock: The Collection hits shelves, giving players on the PS4 and Xbox One the opportunity to experience the legendary franchise in 1080p at 60 frames per second on consoles. The newly remastered collection also includes all of the downloadable content for BioShock, BioShock 2, BioShock Infinite, and even the best part of Infinite: Burial at Sea.

Burial at Sea was originally released as a two-part, episodic DLC package included with BioShock Infinite’s season pass. Unlike plenty of other downloadable content these days, the team over at Irrational Games didn’t start working on it until after BioShock Infinite was shipped, which resulted in the first episode being released in November of 2013 and the second following it in March of 2014.

Because of the longer period between episode releases, a lot of folks didn’t actually get their hands on both parts of Burial at Sea. Some even decided to give up on the second half of the DLC following the first episode, which clocked in at around three hours and was criticized as short by some. No matter how how you may have viewed it back then, Burial at Sea is a story arc that you absolutely should play while working through BioShock: The Collection.

The expansion takes place after the events of BioShock Infinite and in an alternate reality. This time, Booker DeWitt is working as a private detective in the underwater city of Rapture before being approached by Elizabeth as a client. She’s looking for a young girl named Sally, and the quest to find her pulls both of them down a long, twisted road during the eve of Rapture’s fall.

What’s so significant about Burial at Sea is the way it portrays Rapture in a different light. Instead of it being the underwater nightmare explored in the original two BioShock games, Rapture is shown as the scientific marvel and “utopia” it was before the Civil War began. You’ll see groups of Little Sisters in training and open shops teeming with life. Just like the beginning of BioShock Infinite, however, the cracks quickly begin to show.

As soon as these start popping up, Burial at Sea drags you back into the conflict at the center of BioShock Infinite and the endless loop that succeeds it. More importantly, the connections the DLC presents bring the story of the BioShock franchise full circle. Each of these revelations intertwine with the expansion’s finale to connect everything in one bittersweet moment, which, quite frankly, is the most rewarding scene in the entire franchise.

So if you’re planning on picking up BioShock: The Collection this week, make sure to play through the entirety of Burial at Sea. The long journey to the end is well worth the effort and puts a satisfying cap on the BioShock franchise that you should witness on your own.