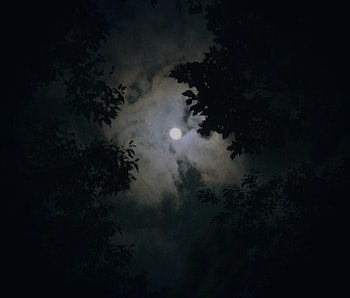 Is it fall yet? It’s not a stupid question, and the answer isn’t as obvious as it may seem. An astronomer and a meteorologist will give different opinions, though each might argue hers as fact. You might have your own idea, based on a feeling of fall. And, well, at the end of the day, maybe your feelings are as valid as any source.

To solve this conundrum, you’ll likely turn to Google, the solver of all trivial questions, and will receive its confident answer in obnoxious bold type: Autumn officially begins this year on Thursday, September 22.

The problem with this easy answer? It obscures the fact that the first day of fall is very much a matter of debate. Sure, we can say for sure when the fall equinox falls — the moment when hours of sunlight and hours of daylight are equivalent, everywhere on the planet — but is this really the best marker of the season’s turn?

Astronomers say yes. They’re a big fan of looking to the skies for direction, and the solstices and equinoxes provide tidy marks of the sun’s comings and goings, which — in all fairness — is the primary driver of seasonal change. And so we have “astronomical fall,” beginning on the equinox and ending this year on December 20. Some sources will say that this is the only official, or true definition of autumn — you can’t argue that the days are getting shorter, at least north of the equator.

But seasons as written in the stars are somewhat out of step with our perception of seasons, which have more to do with weather than with light. How does it make sense to call the shortest day of the year the first day of winter? After all, it seems by late December that we’re well within it.

That’s part of the reason that meteorologists have implemented their own seasonal boundaries. For them, fall begins September 1, and the seasons neatly divide the year in three-month chunks. The beginning of September feels more like fall than three weeks in, especially since it’s punctuated by Labor Day fun, back-to-school shopping, and the return of Starbucks pumpkin spice lattes.

It’s also fits more closely with the temperature regime. The astronomical calendar counts winter as beginning towards the end of December, and going through the end of March. But the calendar months of December, January, and February are usually colder on average.

The meteorological seasons fit weather patterns more closely, and they also fit our Gregorian calendar more seamlessly — most people organize their lives around months of the year, not the relative position of the sun. As an added bonus, the meteorological seasons make it easier to compare year over year, as solstices and equinoxes don’t always fall on the same day, which means that astrological seasons vary much more in number of days per season.

But the meteorological system isn’t perfect, either. When it comes down to it, seasons are about changes in the environment around us, and we can’t simply declare a date in the calendar and expect the appropriate changes to follow. We call autumn “fall” because of trees shedding their leaves — is it really the fall season without it?

Before standardized calendars, agricultural societies — and generations of hunter gatherers before them — looked to nature to define seasons, and not the other way around. It was the migration of birds and caribou, or harvesting of crops, that marked the passage of the seasons.

In a world that is dramatically changing, it could be more important than ever to pay attention to these ecological timepieces. The birds used to make their nests each year like clockwork; now they’re off balance. Salmon spawn might be leaving their Arctic streams too early, encouraged by a warming climate, only to find once they get to the ocean that the currents that bring rich food are behind schedule.

You can’t divorce a functional definition of autumn from the seasonal shifts within it any more than you can divorce it from the feeling of cool morning air declaring the delightful onset of sweater weather. In other words: Only you have the power to declare the beginning of fall.

More like this
Science
5.10.2022 8:00 PM
4 of the worst heat waves in the last 60 years went unrecorded — here's why
By Elana Spivack
Science
5.14.2022 10:30 PM
How do astronomers find exoplanets? 5 of the best methods, explained
By Elizabeth Howell
Science
8 hours ago
These galaxies have no dark matter — and astronomers may finally know why
By Charles Q. Choi
Related Tags
Share: