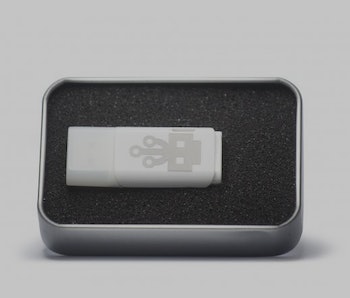 We’ve all had days where we’ve wanted to set fire to our computers, but a Hong Kong hardware-hacking company is finally giving the general public the tools to do just that. The USBKill 2.0, which retails for $56.05, gives computers a catastrophic shock of electricity when inserted. The days of sticking a cattle prod in your laptop are over (if that was your thing, before).

Marketed as a way of helping hardware makers test their gear for surge protection, it’s clear the device can wreak havoc if it falls into the wrong hands. When inserted, the device charges up its internal capacitors through the USB power lines, before it discharges -200 volts of direct current (VDC) over the machine’s data lines. The shock will permanently disable unprotected hardware, giving IT managers an incentive to make sure their ports are fully secured and away from malicious hands. Check it out in action here:

It is possible to develop machines immune from USBKill’s effects, but there’s only one computer the company has found that won’t suffer a nasty shock from its product. Apple’s MacBook line, which isolates the data lines on its USB ports, is impervious to the USB stick’s PC-killing magic. It seems Apple is the only company with enough courage to undertake this safety measure.

In a way, it’s a welcome boost to an industry that may have otherwise left itself open to attack. Rogue electronics experts have devised similar dongles at home, giving them the potential to damage before an administrator had even had the chance to test the risks for themselves. Similarly, manufacturers will now be more aware of how to make their products’ USB ports safer, protecting against such attacks.

Bought the USB Kill 2.0, but don’t want your machine getting fried? For the low price of $15.72, users can equip their ports with the killer tester, a protection shield that sits between the killer and PC, allowing for safe testing without fear of frying any circuits. You know, in case you were curious about whether it works.