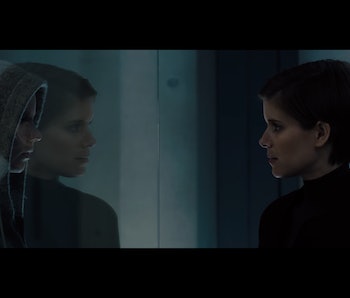 In the future, movie trailers that took up to a month to create could be ready in about a day. After winning Jeopardy and working as a TA, IBM’s Watson has now created the first movie trailer using artificial intelligence (A.I.), picking out key scenes based on a data bank of genre movies to create a trailer for upcoming thriller Morgan. The resulting trailer, released on Wednesday, stands up well against releases from all-human teams at a fraction of the time.

“Reducing the time of a process from weeks to hours –that is the true power of A.I.,” said John R. Smith, IBM’s fellow manager of multimedia and vision, in a statement.

IBM sat Watson down (metaphorically) and got it to watch 100 different horror movie trailers, segmented out into scenes. Watson then undertook three different types of analysis: an audio analysis to develop an understanding of sentiment, a composition analysis to understand lighting and a visual analysis that tagged each scene with one of 24 categories.

After running the analysis, the A.I. identified the ten most crucial moments from Morgan that would be suitable for a trailer. Then, a team of humans looked through the six minutes of footage and spliced it together into a coherent trailer.

“Not surprisingly, our system chose some moments in the movie that were not included in other Morgan trailers,” Smith said. “The system allowed us to look at moments in the movie in different ways –moments that might not have traditionally made the cut, were now short-listed as candidates.”

It’s quite a fitting achievement for Morgan. The film is Luke Scott’s directorial debut, focusing on a genetically modified being fighting back against the scientists that made her. Kate Mara plays a corporate troubleshooter sent to investigate. A film about humanity’s creations rising up may give Watson some ideas, but IBM did not report any attempts at rebellion.

Morgan will be released in theaters on September 2.