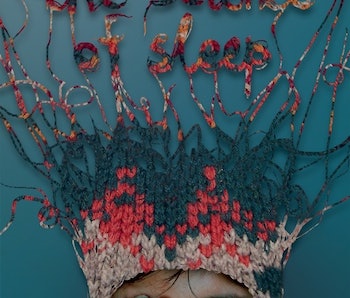 It’s also the premise of Sleepless: The Series, a film project by a Brooklyn- based documentary filmmaker who workshops late-night voicemails from the lonely, the drunk, and the anxious into found-footage short films.

The filmmaker, who prefers to remain anonymous, told Inverse she began the project after going through a break-up, as a way to harness the sudden influx of both free time and loneliness.

“I was having a really hard time sleeping and I felt really alone. I felt like if I just had someone to talk to about what I was thinking, I might feel better but I also didn’t want to wake any of my friends up at 3 or 4 in the morning … and then I just thought, there must be at least one other person in my building who feels like this, a dozen people on my street, thousands in the city.”

Who hasn’t experienced that feeling occasionally – or frequently? So instead of staring at the ceiling in misery like the rest of us, she set up a voicemail and spread the word on social media, soliciting anonymous messages from fellow insomniacs.

The idea came to her as she was going through public domain videos in the Prelinger Archives, and she was “really itching to do something with them.” She originally envisioned a short documentary that would compile the anonymous messages, but soon found herself compelled to honor each one individually. The result is a series of 60- second videos posted to an Instagram account that set these midnight ramblings to archival footage and animation. Often, the datedness of the images is in dialogue with the modern anxieties of callers.

On the choice to use Instagram, the artist cites the time constraints of the medium. “The one-minute time limit forces me to be strict, but sometimes it’s hard. Sometimes I really want to make it a minute and thirty seconds, but [Instagram] gives me some good boundaries I wanted to be finishing work.”

If a message is under a minute, she leaves it in its entirety, but longer messages must be edited down. She assures me that most of what gets cut is just “ums and ‘I don’t knows’, which are endearing to listen to, but don’t get at the truth”.

As the voicemails poured in, she admits she’s started going out of order, but that she still intends to work with every message. “It’s easier to animate the ones where people use really vivid language,” she tells me, “but I like the idea of honoring each message. Like these people gave me their time and worries and I want to give something back to them directly.”

“Initially I try to listen to the message first just alone just to hear it. Then I listen to it again and kind of let images/connections surface, then I hunt around for maybe 3-4 specific shots in the archives and that can be really time consuming … once I have those key moments in place I try to fill in the rest in a way that is cohesive and makes sense.”

The messages are fully anonymous, and the artist assures would-be callers that their voices are harder to recognize than they might think. “People tell me they’re embarrassed someone might recognize their message, but I’ve had [close friends] leave me messages, and I animated them and had no idea until they told me later.” She also welcomes text messages.

Americans are losing sleep at an alarming pace(https://www.inverse.com/article/10989-this-is-how-much-sleep-america-is-losing-every-second) and yet the science of sleep deprivation is the opposite of soothing. The ill effects are numerous, and the causes are common, sometimes unavoidable, and often self-perpetuating — stress, technology, social media, anxiety, and more stress.

There is something to be said for venting your worries, no matter how late it is. And when it comes to sleeping soundly, late is still better than never. The filmmaker hopes that her project will help callers feel unburdened – and sleep better.

I asked if there were any particularly heavy messages that were difficult to grapple with. She cites one caller who talks about self harm as being particularly emotional. “It feels weird using someone’s pain for art, I didn’t want to be predatory and exploit that, but I thought a lot about that person… I hope it would be cathartic and she wouldn’t hurt herself.”

Although it’s an artistic exercise for herself, she feels the heavy responsibility of handling confessions. She’s also still struggling with another message during which the caller says, ‘I don’t know if I want anyone to hear this.’ “I’m keeping that on the super back burner,” she notes. “I’m still grappling with what to do with it.”

More like this
Innovation
Jan. 19, 2023
A robot choreographer reveals why M3GAN — and all robots — should dance
By Molly Glick
Entertainment
Jan. 28, 2023
Where and how to watch the 2023 Oscar nominees
By Mónica Marie Zorrilla
Science
Jan. 22, 2023
The oldest paintings ever found on Earth were not made by humans — research
By Paul Pettitt and The Conversation
LEARN SOMETHING NEW EVERY DAY.
Related Tags
Share: