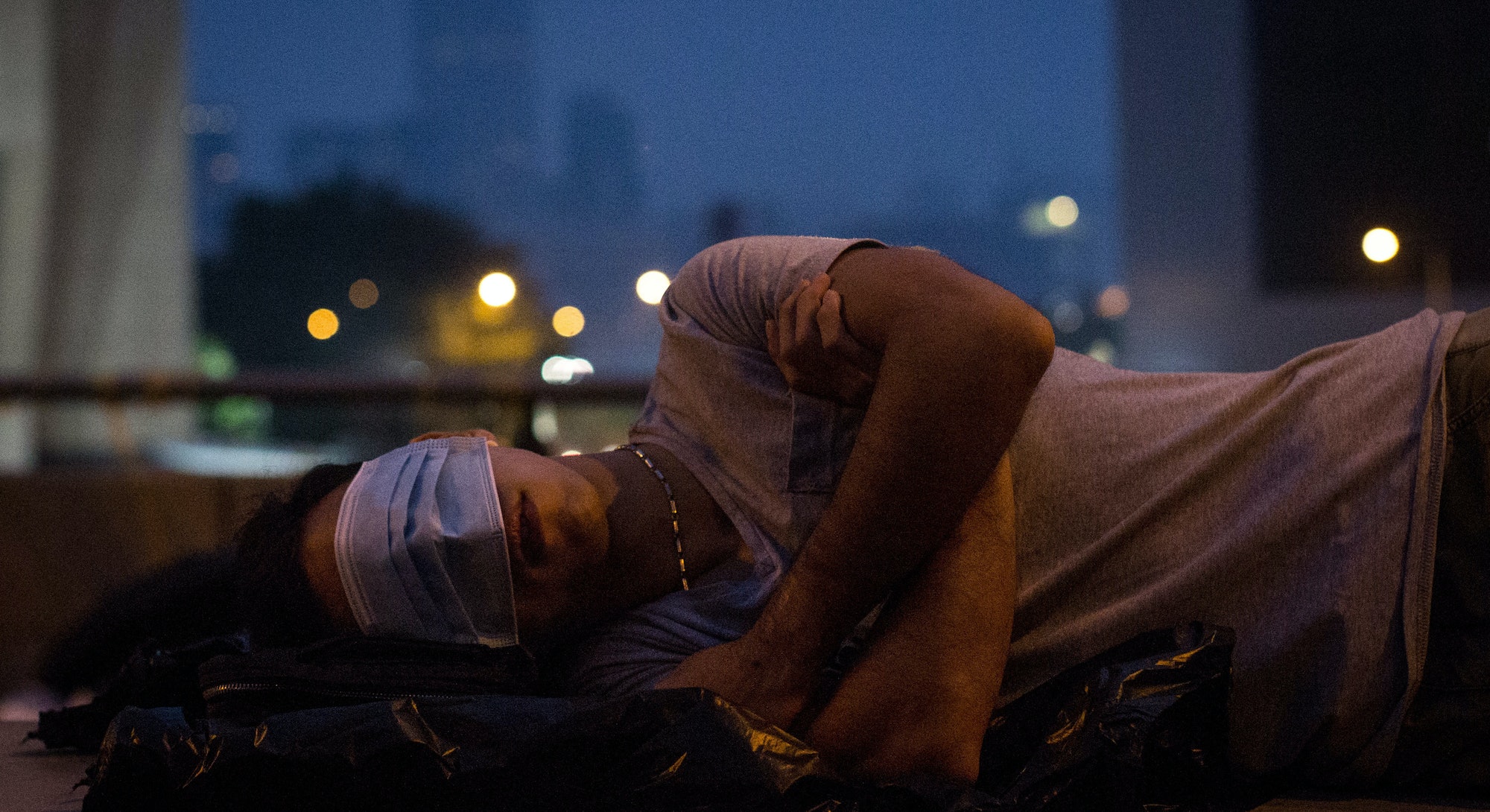 The sound of rushing water and rustling leaves plays from my iPhone speaker. It fails to drown out the street music, sirens, and indeterminable New York City noise wafting through my open window. I push the volume slider all the way up, but it’s hard to totally eliminate sound seeping into my sixth-floor apartment.

My attempt at escape is through a sound loop called “Amazon Jungle” on the White Noise app. It’s just one of a wide range of sound loops (other examples: “Beach Waves Crashing,” “Camp Fire,” and “Ocean Waves Crashing”) designed to help the troubled listener escape a hectic environment and fall asleep.

White Noise and its accompanying White Noise Marketplace, is one of many noise machines on the market that promise to help you get your beauty sleep (or help you work more efficiently). It seems almost counterintuitive — can’t sleep? Play this sound! On repeat! — yet an overwhelming number of apps and physical “white noise” machines exist for purchase.

“I don’t think it’s snake oil, if that’s where you’re going,” Todd Moore, the man who developed the White Noise app eight years ago, assured me during a recent phone conversation. According to Moore, the app has been in the top 50 health and wellness apps since it was released. “I just know that over the last eight years, and you can read over 100,000 positive reviews in the Apple and Google Play store, it’s helping a tremendous amount of people.”

Despite its popularity, the science of white noise isn’t well understood by many of the people who swear by it. It sounds like a magical sleep aid in an overpopulated world of insomnia, but whether it actually works is up for debate.

Technically speaking, the overwhelming majority of noises on the White Noise app and marketplace aren’t real white noise. By definition, it’s a consistent noise humming on all frequencies. It’s an indistinguishable sound, and it’s most successful when it can be ignored. White noise helps people to fall asleep by upping the baseline hum in an environment, Richard Millman, a professor of medicine and pediatrics at Brown University, tells Inverse.

“The old theory was that if you heard a noise at 80 decibels when you are asleep it’ll wake you up,” Millman says. “But if you raise the whole noise level up, the delta isn’t as big.”

In order to be effective, white noise has to be played the entirety of your sleep. Any change and the whole point of equalizing ambient noise is ruined.

The delta, or change, in the noise level is what wakes people up: If the baseline of noise is higher, people will stay asleep despite the relatively high spikes in volume from the surrounding environment. Millman tested this idea and found that, on average, a difference of 17 decibels cause people to wake up.

Seventy decibels is used as a base level of noise, and it’s about as loud as a vacuum cleaner. Every 10 decibels equates to doubling how loud the noise is, so 80 decibels would be twice as loud as 70 decibels, 90 is four times, and so on.

Millman tested white noise effects in an intensive care unit setting in 2005. His paper from the study, —“The influence of white noise on sleep in subjects exposed to ICU noise” — found that a white noise baseline helped people stay asleep in a noisy environment. The study had its drawbacks — you can’t just willy-nilly mess with ICU patient’s sleep patterns for a study on white noise, so only four people were observed. Although extremely limited in scope, the results showed that white noise lowered the number of arousals due to spikes in noise level.

“It doesn’t matter what noise you play, as long as it’s increasing the noise level high enough that other noise doesn’t wake you up,” Millman says. “But you want the noise to be constant.”

Comprehensive studies on white noise are hard to come by. There isn’t much grant money available for looking into something that free apps and $50-100 machines do, i.e. make fan and rain noises. And whether it works or not largely depends on the person, Gary Trock, the medical director of the pediatric sleep laboratory at Beaumont Hospital, tells Inverse.

“It doesn’t work for everybody,” Trock says. “Some people prefer music or jungle sounds. There’s nothing magical about it.”

The human body has its own sort of white noise machine, Trock says. When people go to sleep, all sensory inputs go to the thalamus and the brain creates what are called spindles during rapid eye movement (REM) sleep. But if you are worried too much about getting to sleep, a white noise machine isn’t going to do anything for you. It could have a placebo effect if you truly believe that white noise works, but other factors are more important.

“Keeping a consistent sleep schedule,” Trock explains, is what is most important. “Using the bedroom for only sleep or sex, no computers or homework, texting, playing video games, avoiding caffeine and alcohol, avoiding electronic media for an hour before bed. If you ignore these other factors, white noise won’t work.”

The White Noise app doesn’t primarily rely on white noise (or red, pink, brown, or grey noise for that matter) to be effective. Instead, it relies on a variety of noises generally thought of as soothing, and uses the term “white noise” as a catch-all.

“The way I look at it is that everyone is a little bit different,” Moore says. “If you just wanted the best sound, you’d go with a white or brown noise. I believe that most people are comforted by the sounds of their childhood wherever they grew up.”

Comforting sounds can act as a Pavlovian sleep trigger. Humans are creatures of habit, and if the same noise is played just before you go to bed, your body could take that noise as a signal that it’s time to sleep.

Again, white noise, or any type of noise therapy for that matter, doesn’t work for everyone. But for the haters, Moore has a suggestion:

“Try it,” Moore says. “If it doesn’t work, that’s fine, but I would rather you try white noise than go get medication.”