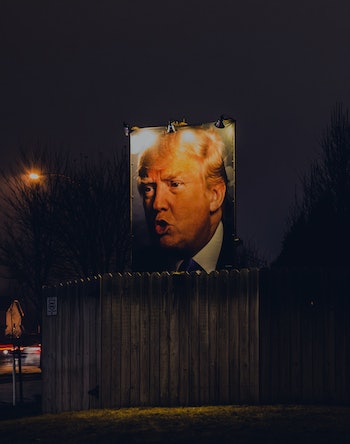 Curiously haired entertainment personality and Republican Party Presidential Nominee Donald Trump has hacked the electoral process. After an unconventional, unexpected run to 1,543 delegates, he feinted like he would pivot, then continued giving the sort of strident speeches that had already alienated members of his party. His untraditional appeal has made him into a leftist nightmare and conservative cautionary tale. His rise to political prominence has also remixed the electoral map, giving Hillary Clinton a chance in states like Georgia, while also making third party candidates like the Green Party’s Jill Stein and the Libertarian Party’s Gary Johnson relevant enough to potentially participate in debates.

Transhumanist Party Presidential Candidate Zoltan Istvan will not be in those debates. There is little chance he will even poll at the requisite 15 percent. But that doesn’t mean his ideas don’t remain resonant to the race. Perhaps his most relevant political notion is this: Technology can fix Donald Trump.

At the core of transhumanism — at least as Istvan preaches it — is a sense of optimism about technological innovations and breakthroughs. Istvan doesn’t rail against China or immigrants. Generally speaking, he rails against death and suffering. The discontent that other candidates treat as symptomatic of various ailments, he wants to treat as the illness itself. Istvan believes technology, whether it’s wetware embedded in our bodies or gadgetry, can improve our lives and our personalities. He believes humanity could use an upgrade. More specifically, he’s convinced (though one should acknowledge that he’s got a good sense of humor) that technology can make the Donald great. Whether or not that greatness will be occurring “again” is a matter for others to discuss.

Here’s how Istvan proposes to rewire America’s most prominent Republican:

Trump has a reputation for going too far. He is easily egged on by crowds and the voice in his head does little to hold him back. So maybe it’s time for a mental shake-up. With auditory implants, Trump could let his campaign strategists inside his head, where they might be able to keep him from insulting women or minorities. “Think of it like a football coach on the sidelines, saying, ‘Hey, tone it down,’ or ‘You have to take that back,’” says Istvan. “We obviously have that kind of tech out there, it’s just a matter of putting it on him.”

Hologram-based campaigning means never having to apologize for unexpected remarks again. Look, if they can bring Tupac back from the dead for a live performance at Coachella, then Trump could pre-record his speeches and campaign all over the country without leaving his house. It’s how Narendra Modi, the Prime Minister of India, campaigned throughout his country in 2014.

There are already a variety of companies perfecting this technology, and it could usher in a new generation of political stunts, says Istvan. “Trump could create a holographic Hillary Clinton and have debates against her in which he stumps her. All this fun stuff is out there, it’s just a question of when people are going to apply it.”

But the real point here is that recordings would edit out Trump’s real life’s “typos.” In about ten years’ time, Istvan says, audio and television broadcasts will fix mispronunciations and factual errors on the fly. “Trump’s going to lose the presidency because he’s not able to control the things he’s saying,” Istvan adds. “He needs somebody or something to catch him halfway through a sentence.“

When you’re a hammer, the whole world looks like a nail. When you’re a real- estate developer, the whole world looks like a worksite. But, Istvan is quick to point out, it isn’t so. And Trump’s proposed border wall, which would be impossible and foolish to build, will almost certainly end up being a losing issue. The key, the transhumanist adds, is to embrace modern tech.

“The environmental factors alone are preventative,” Istvan says. “Trump’s going to need more time than the presidency allows just to deal with the endangered species along the border. Ten or 20-thousand small drones could act as a different type of wall, flying back and forth constantly. If they find somebody, then we know exactly where they are, and the drone will follow those people. That’s not very expensive compared to a 2,000-mile-long wall.”

Trump likes attention. This is a fact about the reality-television star that Istvan says can become a major asset. Rather than trying to operate secretly, Istvan thinks Trump could embrace surveillance and make the Presidency into something closer to the Truman Show. One of Istvan’s proposed policies is that public officials should be monitored throughout their work life in the interest of keeping them honest and more accountable.

“We gave true privacy up 10 years ago. The NSA has an eye on your phone, the Starbucks card has your purchase habits, the Starbucks security camera has you in person,” says Istvan. “We don’t know much of what goes on with our representatives, but there’s one sure way to solve this: Put live cameras on them, let that live feed come out all the time.”

“Trump is 70 years old and he’s probably got some significant worries about heart disease,” says Istvan. “Furthermore, I can tell you just running a campaign is exhausting. I think that’s part of the reason he says what he says — he’s tired.”

Istvan would recommend installing an artificial heart in Trump. It’s a technology that already exists, albeit in a seemingly primitive format. There is a Connecticut fitness model who lives with no pulse, carrying a backpack with two batteries for his “heart” everywhere he goes. The transhumanist ideal of an artificial heart is one that is eventually developed to resemble the miniature “power plant” that keeps the fictitious Tony Stark/Iron Man alive, no backpack required.

Istvan admits that this might be hard to resolve because “Trump is so defiant that he absolutely loves his hair.” Still, there is a solution. CRISPR gene-editing technology (that’s Clustered Regularly Interspaced Short Palindromic Repeats) is pretty much the killer app for today’s evolutionary biologists. Just last week, researchers used CRISPR to successfully identify the genes in fish that let them grow feet instead of fins eons ago. Identifying the genes for good hair ought to be a snap by comparison. Then it’s just a matter of some laboratory cut and paste and Trump can go from Boris Johnson chic to Jon Edwards beautiful.

His policies might still be questionable, but Trump could look better talking about them. Hell, he could be better. Technology, Istvan says, is there to give all of us that push.