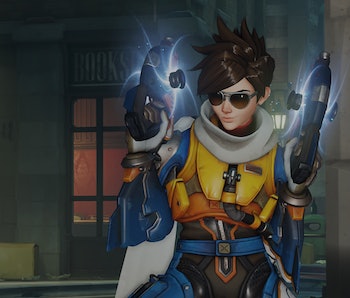 The first season of competitive play in Overwatch has come to an uneasy conclusion. Following a series of delays, the mode pit players against each other in a new arena that truly put their skills to the test. Competitive Play focused on a personal skill rating between 1 and 100 that increased or decreased based on your performance while also rewarding players with special icons, sprays, and currency they could use to purchase golden weapon skins. Folks liked it. At first, anyway. But several complaints surfaced over time.

Thankfully, Blizzard has worked to address each of those complaints for the launch of Competitive Play Season 2 on September 6. The development team has re-worked the entire skill system, balanced out the rewards for players, and worked to improve matchmaking drastically with the new system. Here’s everything you need to know about it before it comes time to throw down.

In Competitive Play Season 2, players will now have two separated ratings instead of one that affects their placement. The first of these is the regular skill rating from Season 1, which reflects your personal skill in-game. Instead of having 1 to 100 however, you will now be measured on a 1 to 5,000 scale in order to better reflect how each match you play affects your specific rating.

Blizzard has also added skill tiers to Competitive Play. These skill tiers take your skill rating into consideration and place you in a tier appropriate for your rating.

In order to combat players who would achieve a certain rank and then quit to maintain it, Blizzard has also introduced a skill rating decay system that kicks in once your personal skill is above 3,000 (Diamond, Master, and Grandmaster tiers) and haven’t participated in a competitive match for seven days. For each day past this cutoff, you’ll lose 50 skill rating points all the way down to 3,000.

Additionally, players who haven’t participated in a competitive match for seven days will immediately drop out of the top 500. Participating in even a single match will halt both this and the skill rating decay, so just make sure to play at least one a week.

The team has also implemented skill rating limitations for groups of players. In order to play with your friends, you’ll have to remain within 500 skill rating of each other, which was placed into Season 2 in order to compete again “sandbagging” — where groups would purposely bring a lower skill rating friend in to pull their total ranking down in matchmaking, thus pitting them against overall lower-skilled players.

The time granted for taking objectives has been reduced from 5 minutes to 4 as well to favor the defenders and attackers equally on Dorado, Hanamura, Hollywood, King’s Row, Numbani, Route 66, Temple of Anubis, Volskaya Industries, and Watchpoint: Gibraltar.

Watchpoint: Gibraltar has also specifically had its first checkpoint removed due to these balancing improvements.

Additionally, players will no longer be placed into sudden death rounds if both teams are tied. Instead, both teams will walk away with three competitive points and the match will end in a draw.

Blizzard has also introduced a cap on competitive points in order to prevent players from banking them. Those who have accumulated 6,000 points will no longer be able to gain points from competitive matches until some of them are spent.

At the end of the season, players will still be able to gain the spray, emblem, and basic bundle of competitive points for reaching the soft cap. Previously, this was for participating in your placement matches — although it’s unclear if this will be the case in Season 2.