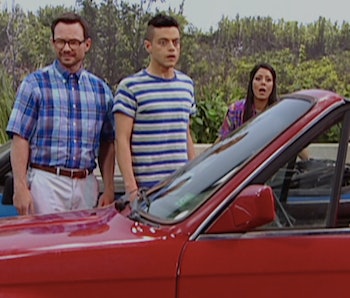 A few years ago, when I was dealing with the run-up to and long recovery from yet another open heart surgery, I ordered a box set of DVDs and burrowed deep down a Netflix rabbit hole. For about three months, my diet mostly consisted of pills, soft food, and episodes of ALF and Cheers, and it’s hard to say which was the most helpful in my recovery.

I was born in 1986, so I had fuzzy memories of seeing both ALF and Cheers in primetime (or at least, commercials for them), and certainly remembered watching episodes as repeats on early cable and Nick at Nite. As I gritted through the pain vibrating out from my wrecked sternum and wrestled with my mortality, the warm feelings of nostalgia and subconscious reminders of simpler times offered by those shows were a necessary escape; it also helped that Cheers is objectively an all-time great sitcom, and ALF is actually more subversive than you’d expect.

The experience has thoroughly colored my understanding of nostalgia, especially in this era marked by both economic hardship and Hollywood recycling. Cheering on the revival of old franchises and collecting toys they once discarded is, for many, an exercise in seeking out comfort, and that clinical obsession with a more pleasant yesterday was taken to the extreme in Wednesday night’s ‘90s sitcom-tinged episode of Mr. Robot. 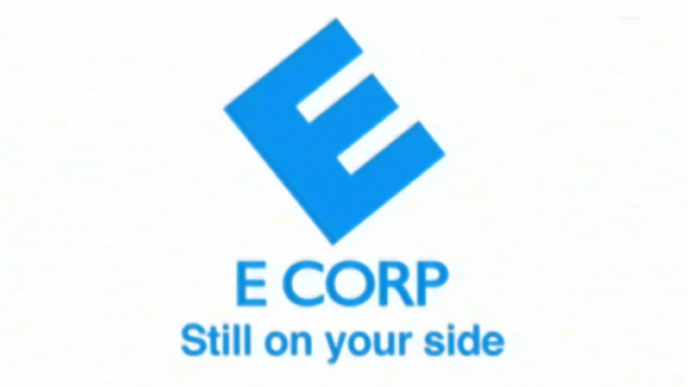 Elliot (Rami Malek) had the shit thoroughly beat out of him near the end of last week’s episode, and this week’s TGIF-infused opening seems — though it’s never explicitly stated — like a coma dream. A grown Elliot is in the back seat of the family car, next to Darlene (Carly Chaikin), more confused than usual as they drive on an endless green screen road. He has absolutely no idea why he’s there, until he gets some one-on-one time with his dad (Christian Slater), who of course is also his Mr. Hyde.

This treacly, artificial world was built to protect Elliot from all the physical and emotional pain that he has been suffering — the kid tried to commit suicide by OD’ing on amphetamines a few weeks back — and take him a kinder, more gentle time.

“Everything you see, it’s all here for you,” Mr. Robot tells a bewildered Elliot. “To help you. You should try just going along with it.”

Sure, in this sequence, special guest star ALF murders Gideon (in cop uniform), but at least that’s an explanation for a recent trauma, and a funny one at that.

“The sitcom homage grew out of Sam stepping into the writers room and posing a pretty simple question: If Mr. Robot were to ‘protect’ or ‘shield’ Elliot from the pain of the real world, what would that physically look like?” Adam Penn, who wrote the episode, told Vulture. “What makes up Elliot’s ‘happy place’? For many of us in the writers room — especially Sam — the classic American sitcom stands out as a sort of mental “comfort food.’ Life may be chock-full of pain, tragedy, and anxiety, but families like the Tanners (of Full House) or the Winslows (of Family Matters) were there every Friday night, figuring things out together.”

As Penn mentions, Elliot’s family is a real mess; his dad is dead and haunting his dreams, his mom is and was an abusive monster, and Darlene is no peach, either. This hallucination/fantasy doesn’t change them, but it at least lays a laugh track beneath their flawed behavior, to keep things light.

When Elliot wakes up, his world only gets scarier and more complicated, a fact that would only drive him further toward the distorted multi-cam memories of his youth. Luckily, he can probably hack Netflix and tune into as many old TV episodes as he needs to get through it… assuming he survives.