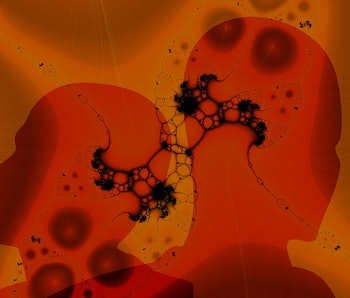 When Patrycja Slawuta thinks about becoming more confident, she becomes more confident. Slawuta practices something called “mindhacking,” which she says lets her consciously control social virtues like confidence, emotional intelligence, and empathy. For her, the brain’s unconscious rhythms can be tweaked and “hacked” with simple changes to body posture, a delicate dance between mental and physical effects.

“Just playing with your body posture affects your hormonal balance, which is very cool because those are very tiny hacks that one can do!” Slawuta tells Inverse.

Slawuta uses Harvard professor Amy Cuddy’s research into “power poses” as part of mindhacking. While the process of trying to coerce your brain out of its natural rhythms may sound scary, Slawuta says it will make you a better person when it’s over. Slawuta is the co-founder of Self Hackathon, a collective of experts that host sessions aimed at retooling the world’s greatest computer: the human brain.

“We guide you step-by-step, but we always say, it’s art and science,” Slawuta says. “So we give the science, but the art is up to you.”

Mindhacking advocates claim the practice can alter body hormone levels like testosterone, which in turn can boost many aspects of their lives. The Self Hackathon Facebook page only has 1,200 followers, but they’re more than willing to sing the praises of the nascent movement.

The group encompasses a wide range of experts ready to tackle these issues, including physiologists, anthropologists, sociologists and even machine learning experts that work at IBM Watson. It’s all about breaking down these concepts, working out what makes them tick, and building them into your unconscious thought process.

Mindhacking is straightforward. Experts identify what actions give people desirable traits, identify how others can incorporate those actions, and train people to build those actions into their daily routine in small chunks. 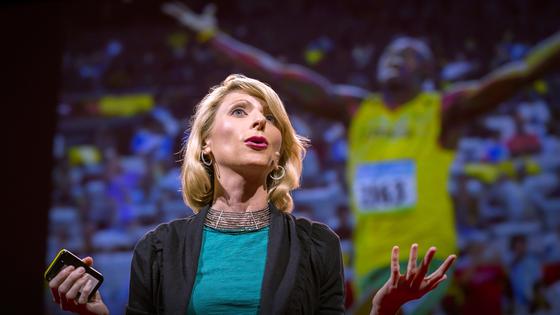 It might sound like some sort of pseudoscience, but Slawuta says her routines are grounded in research like Cuddy’s. During her confidence sessions, she asks participants to strike a power pose for two to three minutes, before asking them to consider how “powerless poses” affect them in daily life — a way of drawing attention to unconscious actions that hinder traits like confidence.

Mindhacking builds on the ideas behind microlearning, a learning technique that apps like Duolingo have capitalized on. Instead of teaching a long, intensive curriculum, microlearning breaks down lessons into manageable pieces of information. For mindhacking, this process is crucial as the end goal is to develop small learned behaviors into unconscious thoughts. “I think it’s a nice interplay between little steps and big changes,” Slawuta says.

Three years ago, Slawuta started hosting salons in her New York City apartment. Participants would take a topic, break it down into building blocks, and try to explain how their research was impacting the people on the street. “You do all this research, but what does it mean to Joe Schmo from Main Street?” she says.

This evolved into a series of talks, which very quickly packed Slawuta’s living room. Self-help talks are a dime a dozen, but Slawuta was frustrated by the lack of scientific knowledge backing up these talks. So-called “self-hacking” aims to both fix this problem and to bridge the gap between academia and the wider world.

The next session, where tickets are priced between $50 and $100, will focus on love and attraction. Joining Slawuta will be writer John Birger and relationship columnist Amy Chan. Birger’s book Date-onomics applied game theory and demographics to the dating scene, while Chan runs a website that looks at the psychology behind love.

Mindhacking avoids prescribing exactly how people should change about themselves. Instead it provides the framework for thinking about how people should change. In two- or three-hour sessions, participants are encouraged to consider their own habits and traits, working out why a skill like confidence may be lacking. The experts run the sessions, but act more as guides than lecturers.

“When you look at a baby, a baby doesn’t study a book ‘how to walk,’” Slawuta says. “It first observes the adults, then starts to mimic, but it’s the kid that has to work it out for themselves.”

These concepts aren’t new. Slawuta explained that the ideas date back to ancient Greece, where Socrates would walk the Agora and question people, pushing them to understand their own unconscious thought processes. “He would look at a pattern, he would show you that you have that pattern, and he would hack it,” Slawuta says.

Companies and third parties have already seized on the concept of “hacking” our minds. Sites like Facebook have built their entire business around a Pavlovian urge to check notifications or messages. As that need gets built into our subconscious, Slawuta says we are inadvertently hacking our own minds.

“If we don’t know how to program ourselves, how to hack ourselves, somebody else will,” Slawuta says.

More like this
Science
17 hours ago
Scientists want to know why swear words share this one universal trait
By Elana Spivack
Science
Dec. 4, 2022
We need to start treating grieving for our pets seriously — therapists can help
By Tara Yarlagadda
Mind and Body
November 30, 2022
Nightmares have plagued humans for millennia — do we finally know how to tame them?
By Elana Spivack
Related Tags
Share: