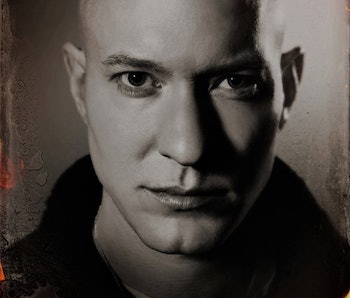 There are only so many ways that an actor can make a drug-sniffing, hyper-emotional, and violent character one of the most beloved on a show. Joseph Sikora, the man behind Tommy on Starz’s Power, has done just that. Sikora turned somebody who many would consider to be a vile person into a household name. As such, Joseph Sikora’s name has become synonymous with Tommy – and there is no other person who we can imagine playing the role better than he.

Sikora has been acting since childhood and has since been part of a long list of television shows and movies, including Boardwalk Empire, Shutter Island, and True Detective. Although he’s worked a lot, Sikora feels that there is much more that he still needs to accomplish. Inverse sat down with him to discuss acting, comic books, and some of his personal thoughts on everybody’s favorite character, Tommy.

How did growing up in Chicago affect your acting style?

I think the acting style in Chicago has always kind of been known as a raw style from the Steppenwolf Theatre to all the storefront theatres to my theatre company, Shattered Globe. Its just kind of been an aggressive, in your face, raw style, go for it, hit the ground running, jump right in with both feet. And I think that thats helpful for Tommy because the character is very 0 to 60. So, it’s been a great time playing Tommy and a real blessing.

Do you prefer on camera or theater? I know you’ve done both.

I like ‘em both. I love acting – on camera, film, television, theatre – they’re all great for different reasons and slightly different styles, obviously a little bit. But, it’s all looking for the truth. Finding out more about what it means to be a human being.

Thats why we watch entertainment. Because we think about how it reflects our lives and that’s when people say things transcend. The transcendence is seeing yourself through the eyes of another person.

You once said you wanted to be the first American James Bond. Is that your dream character?

A large amount of your viewership comes from the Black community, why do you think Power gained so much traction in that community?

Well, I mean I think it’s because the Black community gets to see people that look like them on television in complex, intelligent roles created by a Black woman. I think there should be more of that, of course as everybody does. But, just in a way that represents urban life.

And, such a large percentage of New York City’s population in all the boroughs is African-American and I think that that’s important for people to be able to reflect on. And even the character of Tommy speaks loud to the African-American community because finally, you get to see a white person that’s traditionally portrayed as a person of color in that role — in more of a gangster and the street thug. And also in the same capacity, he’s complex. He’s emotional. And he’s a real, live human and not just a two-dimensional portrayal.

Because he’s so complex, do you ever feel sorry for him?

When I’m playing him, I never feel sorry for him. I just try to live through his eyes. But, sometimes when Im watching him, I feel sorry for him a little bit because he just wants to be loved like we all do. He’s searching to find love and he wants his brother back. He wants Ghost in a way that he knows him and in the way that he wants him to be. That’s a big lesson in Power, in general. You don’t get people the way you want them, you have to accept them the way they are.

Episode three of season three has brought some new developments in Tommy and Holly’s relationship. Do you believe that Tommy should have just kept it in his pants?

Kept it in his pants? With Holly? No way. No way. How could he possibly have done that? He’s mad for that girl.

But, he basically messed up his life.

How do you think this will affect Tommy going forward?

Well, you’ve got to see if and when he finds out. Going forward with him, he doesn’t know that she’s pregnant yet, in episode three. If he finds out, yeah, I think it will affect him.