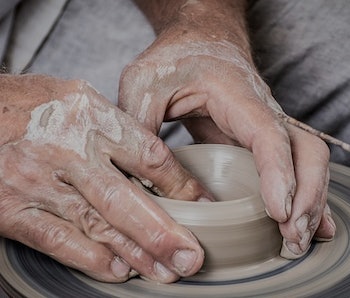 Everybody loves a miracle surgery. Back in 2009, Jeff Kepner underwent a nine-hour surgery to replace his hands with a donor’s after he lost his hands to sepsis that had spread from a strep throat infection ten years before. Up until that point, Kepner had used prosthetics and other means to function, but was willing to take the risk for the chance at new, real hands.

Headlines marveled at the process, which was one of the first in a new category where multiple organs are transferred as part of an entire limb or body part. Surgeons typically connect the bones first, then the tendons, arteries, nerves, veins, and skin. Kepner underwent the surgery at the University of Pittsburgh Medical Center (UPMC), and from the day he first saw his hands, he hasn’t been able to use them. Now, he’s hoping they can be removed.

“I can do absolutely nothing,” Kepner tells the New York Times. “I sit in my chair all day and wear my TV out.” Kepner’s use of prosthetics before the surgery allowed him to drive and function at a moderate pace, but his hands — which have been attached for seven years — have reduced his productivity to zero. His wife, Valerie, was forced to retire last May in order to take care of him, and the debts are so massive that the couple has created a GoFundMe to get by.

Transplants like these always come with massive risks. The body can reject new additions without proper medication, and even then, the chances of rejection are high. “Our team has performed bilateral hand/arm transplants in four patients to date, including Mr. Kepner,” says Dr. W.P. Andrew Lee, the surgeon in charge of Kepner’s transplants. “The other three patients have had significant functional return in their hands and have been able to resume completely independent living, including driving, working, and going to school.” Lee and his team are currently preparing for a series of penis transplants for American veterans. Lee added that uniform results aren’t expected among all surgeries, “but we have been encouraged by the functional return in the great majority of our recipients whose lives have been transformed by the procedure.”

Kepner may not be able to get rid of the hands, according to the UPMC’s Dr. Vijay Gorantla. “We believe that additional, minor surgical procedures—and commitment to more physical therapy—could improve the function of his hands to help him with activities of daily living.” Removing Kepner’s hands would require Kepner to take heavy doses of medication that may not work, and could keep him from using prosthetics due to past procedures.

Speaking of penis transplants, the track record for those is, for lack of a better word, pretty short. The first successful penis transplant (or a “genitourinary vascularized composite allograft,” as it is known by its procedural name) in the U.S. occurred just this year in May.

More like this
Science
5.14.2022 12:30 PM
Omicron subvariants: An epidemiologist answers 5 essential questions
By Louis Jacobson and Kaiser Health News
Science
5.16.2022 10:00 AM
Pig-human heart transplants still have a long way to go
By Andrew Fenton, The Conversation and Françoise Baylis
Mind and Body
7 hours ago
Mysterious hepatitis outbreaks in children are confounding doctors — here's why the cause is still unclear
By Katie MacBride
Related Tags
Share: