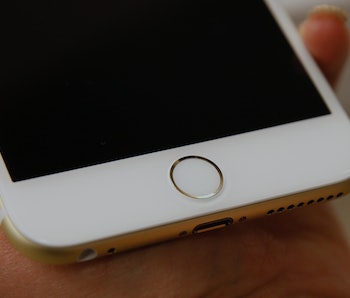 Police believe an unnamed murder victim’s phone may hold some clues to their death. Unfortunately, it’s locked with a passcode and fingerprint, so the authorities want to do something believed to have never been done before: use a printed model of the deceased man’s finger to trick the phone into granting access.

Anil Jain, a Michigan State University professor working on the finger, told Fusion in a report published Thursday that the police approached him last month asking for his help. They provided him and his Ph.D. student Sunpreet Arora with the victim’s fingerprints. These prints were taken when the victim was arrested previously, so the authorities already had them on file.

Jain and Arora will not have the completed digits for another few weeks, as they are still working on refining the process. Many factors need to be taken into account when designing the fingers. For example, most smartphones use scanners that depend on the finger closing circuits on the surface, something that skin can do. The pair have coated their 3D printouts with metallic particles to solve this.

The story is the latest in a line of police attempts to bypass phone security. Apple and the FBI became entangled in a public dispute last year over whether the company needed to provide the authorities with a way of unlocking an iPhone 5c.

The device belonged to the San Bernardino killers, and the FBI hoped the phone could provide some answers in the case. Apple refused, arguing that it would undermine the encryption it had worked hard to develop. Eventually, the FBI found an undisclosed method of bypassing the phone’s security and found nothing.