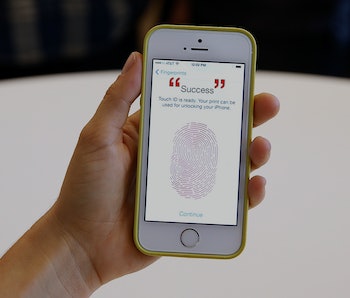 Today, law enforcement sources told CNN there was no critical data on the iPhone at the center of the battle between the Department of Justice and Apple, which some were predicting all along.

In the CNN story, the passive voice abounds: the hack “has produced” data, which data “has helped in probe.… The data is still being analyzed and more leads are being followed.” But the story warrants active subjects: the FBI, as it should’ve known would be the case, found no useful data on the San Bernardino iPhone.

While we can’t necessarily fault the FBI for pursuing all leads, we can fault the FBI for pursuing all leads in such a heedless manner. To all rational, informed observers, it was obvious that there could be no data on Syed Farook’s iPhone 5c. Farook and his wife were otherwise meticulous in their attempts to erase or destroy personal data: they destroyed their personal phones and stashed computer hard drives. The iPhone 5c was Farook’s work phone, which he mindlessly left in his mother’s Lexus.

Here’s CNN reporting on the FBI:

“FBI investigators now have concluded there was data on the phone they didn’t have previously, law enforcement officials said, declining to offer more specifics.”

If we’re engaging in semantics and not computer science, we can call an absence of data itself data. And all signs point to that interpretation.

More like this
Innovation
8 hours ago
Worm spit could be a secret cure to the world's plastic problem
By Molly Glick
Innovation
Oct. 2, 2022
Want a better relationship with your dog? Neuroscientists say these 7 factors are key
By Tara Yarlagadda
Innovation
Sep. 29, 2022
Scientists have created a mechanical womb that can grow life in the lab
By Miriam Fauzia
Related Tags
Share: