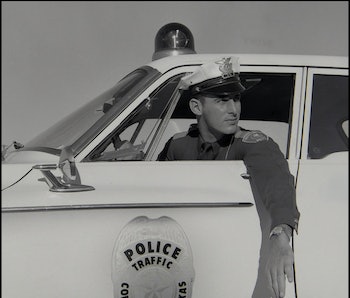 Since police officers killed Anton Sterling in Baton Rouge and Philando Castile in a suburb of Minneapolis, Black Lives Matter activists have taken to the streets on a nearly daily basis. Rallies have put racist police practices in America under the microscope and resulted in the biggest show of resistance — or pro-reform sentiment — since the killing of Michael Brown in Ferguson, Missouri led to localized lawlessness. Though videos of police committing crimes after his death surfaced later, Brown wasn’t killed on camera. Sterling was. Castile’s death was live streamed. Like Eric Garner, their deaths went viral.

This was, tragically, by design.

Activists around the country make a deliberate effort to capture police misconduct on tape. It’s called “Cop Watch,” and although it can be dangerous work it’s also necessary. The Malcolm X Grassroots movement has a helpful page dedicated to things cop watchers should do to mitigate the hazards. But the hazards can only be managed to a certain degree. Dennis Flores, co-founder of the activist organization El Grito de Sunset Park, is a cop watcher who learned this the hard way.

“Back in 2002, I was not just arrested for video taping police,” he tells Inverse. “Once in handcuffs, cops broke my arm, jumped on my handcuffs, fractured my wrist, broke my fingers, and cracked my head open with a walkie-talkie.”

In some ways, the best practices for cop watching are fairly straight forward. First and foremost, if possible, watch and film with a community. The more cameras, the greater the protection for people documenting the arrest. In Flores’s case in 2002, he didn’t have that. “The crucial lesson I learned is you shouldn’t be cop watching alone,” Flores said.

Since then, he’s estimated that he has personally filmed hundreds of arrests. Obviously, it’s not always possible to observe in a group, but if a cop watcher is on their own there are still steps to mitigate the risk. For one, the closer you get to the arrest, the more likely you are to get arrested. “In New York City, there’s no such thing as a defined distance between observers and police,” Flores said. According to the law, Flores adds, you cannot be arrested for observing, refusing to leave, for taking down shield numbers. Still, if the police believe you’re interfering with an arrest – or want to use that excuse as a pretext – they will arrest you.

Cynthia Conti-Cook, an attorney at Legal Aid who has represented activists who have been arrested while observing the police, adds that while the risk is real, citizens have the law on their side. If a cop tells you to stop filming, she explains, the best thing to do is “repeat that you have the right to record and that you’re not breaking any laws.”

“The most obvious obstacle is the most important one to Cop Watchers: the risk of arrest,” Conti-Cook told Inverse. “Even the most experienced, calm, and unobstructing Cop Watcher risks arrest because officers have been known to make pretextual arrests just to prevent recording.”

Flores and his group focus on de-escalation in violent situations. They’re not there to yell and scream at a cop even if that officer is acting in an abusive way. Their role is to create a record for the arrestee and the public of what happened.

It’s not uncommon for officers to confiscate bystanders’ phones and delete incriminating evidence. Immediately uploading footage to the cloud, or live streaming it from the beginning, is one effective way of mitigating against that threat. Making sure your phone is password locked is another.

In some cases, police go beyond taking onlookers phones and seize any and all additional surveillance footage from the area. In Baton Rouge, Abdullah Muflahi, who filmed the police killing of Alton Sterling, claims that the police entered his store and took his surveillance footage – all without a warrant. He says he was then detained for hours, possibly as retaliation for his filming. Similarly, Ramsey Orta and his supporters alleged that police retaliated against him for filming the fatal chokehold of Eric Garner.

There will be no shortage of photographers, filmmakers, and citizen journalists on the campaign trail this fall at rallies after the next inevitable tragedy. It is cold comfort that state violence is increasingly likely to be caught on video. But cold comfort is still something.