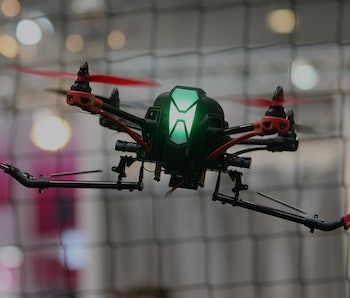 Good news for drone operators could be horrible news for privacy advocates.

The Federal Aviation Administration had to remove several provisions affecting how drone operators must respect the privacy of people over whom their aircraft hover to convince the Senate to pass a bill to keep the agency funded through September 2017.

That reauthorization bill passed on July 13. It was full of compromises — the agency gets to keep operating air traffic control in the United States despite Republican efforts to shift control to a not-for-profit company, for example — but the changes that will affect the most people involve the intersection of drones and privacy.

The bill’s original draft contained rules from Senator Edward Markey requiring drone operators to disclose when they collect data, how they plan to use that data, and when that data would be destroyed. Those rules were struck from the passed bill, leading EPIC to say that the FAA has “ground[ed] drone privacy safeguards.” (Puns!)

Those rules were much stricter than the guidelines released by the FAA in May. Those guidelines talk about the importance of privacy in a post-drone world, but also stop short of creating rules that drone operators would have to follow to continue flying their little robots.

Drones pose a serious privacy risk. There’s nothing stopping pilots from attaching cameras to their drones, flying them over someone else, then using some kind of facial recognition software to identify anyone captured on film. Police are already alleged to be doing it:

And the people affected by this invasion of their privacy — whether it’s by a corporation or just a neighbor — have no good way of finding out what’s happening with that data.

Still, drone pilots will probably be happy that they don’t have to worry about even more restrictions on their hobby. The FAA has already knocked out drone delivery dreams and required pilots to register their drones — privacy rules would further limit the drone flying craze.

At least for now the FAA has sided with the drone industry so it could secure funding and continue operating for a little over a year. Perhaps it will use that time to deliver on its promise to protect the rights of people who don’t fly drones.