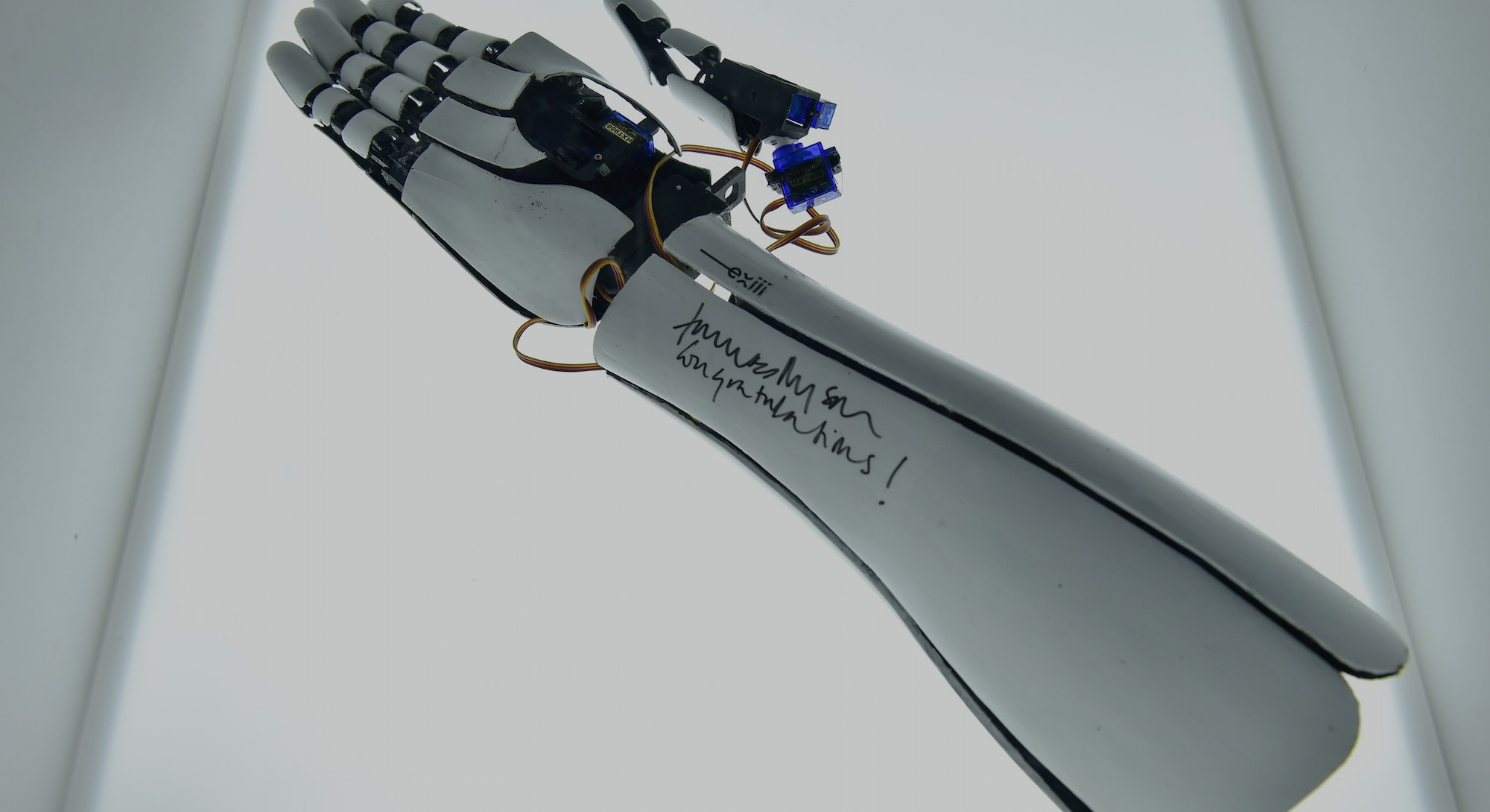 Thanks to science, we already have cyborg rats and cyborg beetles. Cyborg humans seem inevitable — all the more so now that Luke Skywalker-style advanced prosthetics are coming to market. While bionics are not yet advanced enough to rival natural limbs much less incentivize voluntary replacement, a “better arm” is likely coming. When it arrives, cyborgization will be possible, but only with the assistance of a medical professional offering anatomical upgrades, something today’s physicians could lose their licenses for doing.

The question is whether or not that situation is likely to change.

Pediatrician Margaret Moon, a medical ethicist at the Johns Hopkins Berman Institute of Bioethics, has spent most of her career focused on decisions made in everyday practice. Recently, however, she’s taken an interest in how doctors can and should respond to requests for enhancements. Currently, those enhancements are largely aesthetic (think: breast enhancement) or pharmaceutical (think: Adderall for those without ADD), but Moon understands that the situation is likely to change as bionic technologies improve. The desire to become a Swiss Army man is understandable and perhaps inevitable, but the ethics of unnecessary procedures are complex. No doctor will replace a natural limb with a bionic arm — no matter how advanced the prosthetic — until there is clarity on whether doing so violates the dictate to “do no harm.”

If a person went to a doctor today and said, ‘I want to cut off my perfectly healthy limb to get an advanced prosthetic,’ what would happen?

It may be an obtuse question, but what’s the case against advanced prosthetics?Why say no to someone asking for this surgery?

Patients can come in and ask for anything they want. They can come in and ask for it, but the question here is what should the doctor’s response be? I think we expect that people try to make themselves the best humans they can be. We encourage exercise; we encourage healthy diets; we encourage people to see their doctor, stay healthy, brush their teeth, and do all the things to stay strong and healthy. But when it comes to involving a physician as the gatekeeper or involving a physician who has to actually perform something, then it gets into the question of what’s within the bounds of medicine. That’s really interesting because it’s not 100% clear what the goals of medicine are.

How do doctors generally think about their goals as medical professionals?

I think there are two standard ways to think about it. One is that the goal of medicine is to restore health, to manage disease, to treat dysfunction, and to restore human beings to their own personal state of normal. That’s sort of the hard-line approach to the goals of medicine. There’s another way to think about medicine as promoting well-being. And the trick there is that well-being is defined by the patient, not by the doctor.

The other approach is, ‘Well, you want me to cut off a perfectly healthy limb because you want to make use of this advanced technology. Your desire to make use of an advanced technology may not make any sense to me, but I understand that it is a sincere desire on your part so I should consider this as something that might fit within my sense of the goals of medicine.’

I’m going to use sort of a cheap example: breast implants. When people want breast implants, for the most part, there’s no dysfunction, no disability there. It’s purely cosmetic. It’s a use of a prosthetic device to make you feel better, make you feel more beautiful. It’s totally accepted in medicine. But you can also see that it’s not particularly within the goals of medicine if you think that the goals of medicine are to restore health. But it’s not so far outside, and it’s certainly socially acceptable, so it sort of fits, even though it’s not within the narrow bounds of medicine.

But that extra step of actually cutting off a healthy limb, I think, takes you pretty far outside the bounds of what anyone considers to be acceptable medicine today. We’ve accepted breast implants as okay, but cutting off a leg to put in a new one is not currently okay. Something would have to change drastically for that to be okay.

But medicine changes all the time, so all of these things happen, will continue to happen. I think that this question of enhancements versus therapies is one that can come up in lots and lots of different ways. The question you ask is a very dramatic example but there are lots of less dramatic examples, of use of medications when there’s not an illness, so we toy, we dance around, we’re always at the edges of accepting enhancements when there is no disease, and I think this is an obvious path that we’ll have to face as we head towards that brave new world.

Has the medical community started having a real conversation about potential bionic enhancements? If so, what does that look like?

These big crazy cut-off-your-leg questions are fascinating, but they are sort of too extreme to grapple with. I think the more everyday questions, like… ‘Is it ethical to prescribe stimulatation medication to children who don’t have attention deficit disorder?’ … all of those everyday ethics questions are more important in helping people define how they want to approach these more outlandish questions.

I think we need to prepare for what right now are outlandish questions, because they won’t always be outlandish.

What are the social implications for a future where these enhancements are available to people?

The big one is health disparities. If you think about who could afford this fancy prosthetic device — if it becomes a cosmetic thing — it’s going to be rich people, which is true right now with all cosmetic surgeries. Those procedures are one of the many things that we accept within our society that increase health disparities rather than decreasing them. We’ve never been very good at that.

I’ll ask the most basic question: What do you think is going to happen?

Medicine is always changing and people are attracted to new technologies. It would be interesting to see how people respond if bionic limbs became available. Changing to destroying something that’s normal and putting in something that’s supernormal, not out of need just out of desire? I think we’ll just have to see.

From a technical perspective, I think it’s a very complicated thing to have a prosthesis that actually works better than the human body in a reliable way. I mean, it won’t happen tomorrow — maybe in 50 years. I don’t know.

There are people who work very hard on developing better and better prosthesis for people who have been injured, and that’s important and remarkable and laudable work that they do. Whether or not that will ever jump the gap into cosmetic surgery, cosmetic prosthetics is hard to say.

Do you see this ever becoming about public consensus rather than medical culture?