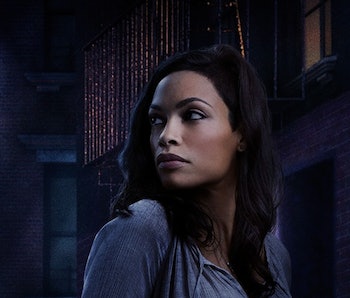 The original Night Nurse comics were a flop at the time, running for only four issues in 1972 and 1973, but Marvel did manage to exploit some crossover potential of the secret, overworked healers that tend to wounded superheroes. As the Marvel Cinematic Universe enters Phase 3 of its steadfast march toward total media domination, it’s time they once again tap into Night Nurse’s potential.

The original comics were formulated as part of a half-assed attempt to draw in female readers, which Marvel had effectively alienated by that point. Night Nurse looked to fuse the popular genre of romance comics with the adventure of the superhero genre. They even had the novel idea to let a woman, Jean Thomas, write it. Commercially, the series was an epic failure, but Night Nurse was more a victim of poor timing than poor quality.

The characters of Night Nurse were Linda Carter, Georgia Jenkins, and Christine Palmer, roommates, amateur detectives, and, of course, nurses at Metro-General Hospital in New York City. In four short issues, the intrepid night nurses deal with shit like bomb threats and mob murders, which is not far off from the level of “drama, danger, and death” seen in more recent popular medical dramas like Grey’s Anatomy.

Rosario Dawson’s character in Daredevil was supposed to be named Linda Carter, but Marvel nixed that due to vague possible future movie plans. Instead, they gave her the name of a lesser known character, Claire Temple, originally from Luke Cage. Daredevil showrunner Steven S. DeKnight has said that nothing changed about the character except her name. She also appeared in Jessica Jones and is slated to be in Luke Cage and Iron Fist.

After DeKnight revealed that tidbit about Marvel axing their use of Linda Carter, it was widely assumed that Rachel McAdams’s unnamed character in the upcoming Doctor Strange movie would be Linda Carter. Carter was the main Night Nurse character and Dr. Strange was her biggest crossover appearance; there she was a major character and a love interest to the eponymous sorcerer. Instead, it’s been revealed that McAdams’s character is named Christine Palmer, one of the other Night Nurse characters. It seems likely that this change will be in name only, and that Palmer will play a similar role as Carter in the comics. But it does leave the possibility open that Marvel has still bigger plans for Linda Carter.

The Night Nurse is a perfect crossover character because her role is one of behind-the-scenes support. She could easily become a part of any superhero’s story, since they are all in need of medical attention once in a while. What’s more, there’s no one, singular Night Nurse. The mantle was most notably adopted by Linda Carter (who, it’s worth noting, was later made into a doctor; as she told Dr. Strange, “‘Night Nurse’ is just catchier than ‘Night General Practitioner’”) but Night Nurse could easily go back to being a team.

Claire Temple is quickly becoming this type of crossover character, no doubt because of the positive fan response to Dawson’s portrayal of the character. She’s likable, tough, no-nonsense, and very watchable. Could her appearances in other Marvel Netflix series be a build up to a Night Nurse series?

Marvel has improved its relationship with female characters and female fans a bit since 1972, but by far its best success in that realm is the Jessica Jones series. Less fantastical and deeply character-driven, Jessica Jones set the bar for what Marvel’s Netflix original series can and should be, helped along by Krysten Ritter’s pitch perfect performance. “Too Female” is far from a weakness anymore. They already have one great female character in Claire Temple.

Imagine a show in which she teams up with McAdams’s Christine Palmer, and a third character who finally takes the name of Linda Carter, for a superhero-tinged medical drama? Another strength of Jessica Jones is that it is less tightly connected with other Marvel stories, making it more accessible and able to strike its own tone. A Night Nurse series could be similar, a drama that can stand alone and appeal to a non-Marvel fan. The medical drama may have had its heyday last decade, but just because show runners have moved past the trend doesn’t mean audiences have lost their taste for drama, danger, and death — in hospital scrubs.

Yet it could simultaneously promote the intertextuality of Marvel narratives by being able to dip into any superhero story it wants. It could be an entry point into the MCU for non-fans, and bolster Marvel’s success with female fans, who still see the grave lack of female characters. It would also simply help knit tighter connections between characters from different franchises. In short, it could do exactly what the original Night Nurse comics intended to. Night Nurse would be perfect for Netflix, where Marvel is hitting different notes with its original series, as it is more about character and interpersonal drama than blockbuster action sequences and super powers.