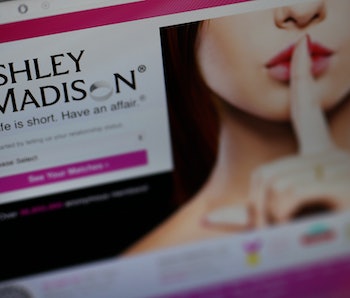 Ashley Madison is back, with a brand new image intended to salvage the site’s reputation. The dating service, originally advertised with the tagline “Life is short. Have an Affair,” has started a new round of publicity with a new slogan: “Single, attached, looking to explore, or just curious.”

Hackers stole personal data from Ashley Madison servers last year and threatened to release the information unless the website was taken down. The company failed to comply, and in August 2015, nearly ten gigabytes of identifying information was released online.

The fallout was catastrophic. A pastor that was outed in the hack committed suicide the following month. Two state senators appeared on the list, as did UK members of parliament. It is possible, however, that these people did not sign up themselves, as Ashley Madison did not verify the email addresses to ensure the user owned the address.

The hack also revealed that Ashley Madison used chatbots to make sure its users —most of them married men — stuck with the service. Gizmodo examined the data and found that Ashley Madison’s use of woman-impersonating chatbots was a “sophisticated, deliberate, and lucrative fraud.”

It also showed that, even though Ashley Madison charged users $19 to remove their data from its servers, it never actually deleted the information. Public Interest Advocacy Centre executive director John Lawford told the Toronto Star that this practice was “completely inappropriate” and like “holding your data hostage.”

Now, Ashley Madison is back, retooled as a general dating site.

“Our goal is to build the world’s most open-minded dating community,” James Millership, president of parent company Avid Life Media, told the New York Times in an interview published Tuesday.

Millership joined the firm after the hack to re-establish the brand. The company says it has removed the “fembots” that pretended to be women from its website and that less than a fifth of its members are women. (This is supposedly identical to other dating sites.) It has also made the data removal tool free to use and, at least according to today’s announcement, confirmed that it works as intended.

As is to be expected, the site has also beefed up security. Ashley Madison has introduced round-the-clock monitoring of site infrastructure and new measures to reduce the likelihood of phishing attacks, such as the one that hit iCloud in 2014.

Now, in a world of Tinders and OKCupids, whether Ashley Madison can thrive without the key differentiator of catering to adulterers remains to be seen.

With additional reporting by Nathaniel Mott