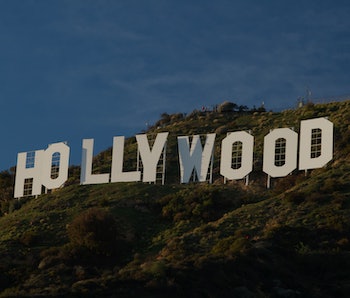 Once you’ve seen a movie enough times, you’ll probably be able to recite many of the most memorable lines. That level of quotable mastery is the kind of thing that can, personally, be quite exciting – but really annoying to your friends who are trying to enjoy the film in silence. For all you people who can’t bear to sit idly by and watch as the actors steal all the juicy lines, there’s a new app for you: It’s called ROLR.

ROLR is a video-based social media app that allows users to partner up and act out the best scenes from popular movies. The app provides two main routes to the same end of collaborating with another ROLR user to act out a full scene: You can either flip through your home page and discover a featured ROLR, or you can search by movie and do half the scene yourself until another ROLR user adds the other half of the dialogue. I highly recommend responded to requests by asking: You talkin’ to me?

After I downloaded ROLR and made an account, I immediately followed about 40 people so that I could see what the seasoned ROLRs were up to. On your home page, the “Featured” tab at the top allows you to scroll through scenes by some of the most popular users, while the “Following” tab distills that pool of possible collaborators to people you are following. As a brand new user, most of the people I followed are the same ones in the “Featured” category, but these divisions would surely become clearer if I were using the app for a long amount of time.

Aside from the significant concentration of Fast & Furious scenes, a majority of the available scenes are from comedies. Movies like American Pie, Along Came Polly, and Bridesmaids are the kinds of well-liked comedies that initially popped up for my first acting opportunity. Sticking to what I knew, I decided to make my first ROLR appearance as Jim from American Pie in the infamous band camp scene. A facially-animated Amanda L had already taken care of Jessica’s lines, so it was up to me to take care of the other half.

Once the scene begins, a nifty teleprompter divides the lines between you and your costar, making it clear who’s supposed to say what with different colored fonts and parentheses that say “you” or “your co-star.” The teleprompter also displays the amount of time you have to say your line until your co-star chimes in so that the rhythm of the ROLR scene syncs up with the original. Don’t worry if you screw up your lines a few times or fudge the timing — you can record the scene as many times as you want, and when it’s finished, you have the option to share it on Facebook, Twitter, Facebook Messenger, or SMS.

After finding my bearings with a few early 2000s comedies, I decided it was time to make my more deliberate and official debut with the scene from Along Came Polly in which Philip Seymour Hoffman nobly employs the word “shart.” My friend Sally L had already filmed Hoffman’s half of the scene — admittedly the better half because she got to say “shart” — so I started going over my lines as Ben Stiller’s character. After a few attempts to get the Stiller inflection down, I had my very own mobile version of the scene. Also, I may be a better actor than Ben Stiller, but that has yet to be confirmed.

While the popular DubSmash app may have already staked its claim in ROLR’s dubbed-over appeal, ROLR boasts the added facet of collaboration. DubSmash is endlessly entertaining due to the enormous library of sound bytes, but it also promotes a singularity that isn’t necessarily beneficial to a social media platform. By strategically augmenting solo performances with dubbed-over collaborations, ROLR carves out its own space in the bustling app market.

As is the case with most new apps, ROLR would be a lot more fun if there were more active users. For now, start practicing those lines because it could be time for your closeup very soon.

More like this
Innovation
22 hours ago
Robots are ready to get touchy-feely
By Sarah Wells
Innovation
6.29.2022 6:00 PM
Can cars run on water? The science of a TikTok conspiracy theory, explained
By Andrew Moseman
Innovation
6.27.2022 8:00 PM
Artificial photosynthesis can grow plants without light — and may solve a planetary dilemma
By Steph Lee
Share: