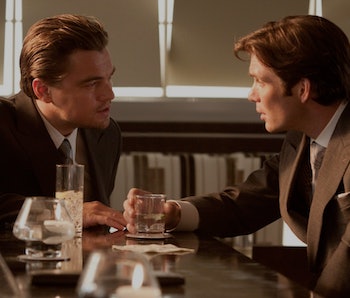 Putting thoughts onto the social web straight from the human brain is a fantastic concept, but it might not be too far off.

“There’s a lot of interest in brain-consumer interfaces in Silicon Valley, and those people kinda get depressed when they talk to neuroscientists because we’re all very skeptical that we’ll be able to decode your brain any time soon,” Jack Gallant, professor of cognitive neuroscience at the University of California Berkeley, tells Inverse. “But, there’s a much simpler thing you could do. Imagine you look at something on Facebook and you have an emotional reaction to it, and you have given Facebook permission to read your brain. Well, then that emotional reaction could be posted to Facebook as ‘William thought this was a really awesome photo’ and you wouldn’t have to type, it would just automatically be uploaded there.”

Gallant studies quantitative modeling of the brain and has found ways to read signals from the brain and reprocess them digitally. In what is perhaps his best-known research out of the Gallant Lab, he demonstrated the ability to recreate movie images from a subject’s memory.

In June, Mark Zuckerberg gave his first Facebook Live Q&A, during which he mentioned his interest in sending thoughts, emotions, and memories directly to users via Facebook, however, he admitted it may be some 50 years out.

While Gallant agreed we’re a long way off from being able to transmit emotions and feel what our friends and family on Facebook feel, the scenario he described above of simply posting emotions without text could be just around the corner.

It’s important first to understand the difference between “Reading Out” and “Writing In.”

In a lot of ways, this concept is like physically reading and writing in the real world. Reading a novel doesn’t change it in any way, but if you start writing in the margins or adding to it with fan fiction, things can start to get a little dicey.

Per its name, reading out is understanding the brain signals being transmitted and displaying those in another, familiar, digital form. We already have a version of this with MRI machines, but as Gallant says “An MRI machine isn’t portable, no one is going to be Facebooking inside an MRI machine.”

Writing, on the other hand, is much harder. It requires scientists to actually put things in a patient’s brain, and that could give them false memories or give them brain damage. But anybody who’s seen Inception can tell you all about this.

Researchers have been able to do this in mice. One mouse will solve a maze, scientists read that brain activity, and then write it into another mouse, who will also be able to solve the maze in one try because it has the memory.

Zuckerberg eventually wants to get to the writing stage. In this future, you might send your friend a happy birthday emotion and they could literally feel the love and gratitude being sent to them.

But, before we get to writing, there’s the reading phase. In this future, perhaps you are in an Oculus Rift social VR experience, and while the headset can’t track your facial movements, Oculus reads your emotions and transmits that to an avatar that emotes non-verbal body language.

“That kind of future is not that far away,” Gallant says, noting that with non-linear technology upgrades it’s hard to know a time frame. “It could be next year or it could be in 50 years.”