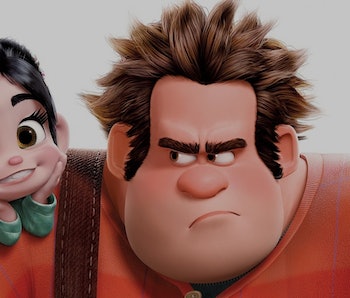 Disney Animation Studios has announced that it will be returning to the arcade in a sequel to the 2012 comedy, Wreck-It Ralph, Disney’s ode to old school video games. A sweet-natured story about an iconic video game bad guy who simply wants to have people see him in a different light, Wreck-It Ralph is truly a rare gem.

In its time in theaters, Ralph was an unequivocal success, grossing nearly half a billion dollars and earning solid reviews. In the sequel, which is set for a March 9, 2018, Ralph is going to find his way out of his arcade and into the internet, and you can expect lots of stuff to get inadvertently destroyed.

While you can debate endlessly the need for a sequel, the fact is that more Wreck-It Ralph is a great idea. The kinetic animated comedy was a breath of fresh air in the movie scene in 2012, effortlessly combining adult-friendly jokes with kid-friendly themes. Along the way, director Rich Moore manages to skewer three decades of gaming culture in a way that (somewhat miraculously) is easily accessible to both gamers and n00bs alike.

Ralph lives in an arcade, inhabiting an old 8-bit video game (that is in no way a direct rip-off of Donkey Kong) spending his days reluctantly terrorizing the inhabitants of a virtual tenement. At night, he laments his lot in life while hanging out with some of movie history’s best-used video game icons.

Played to sympathetic perfection by Oscar nominee John C. Reilly, Wreck-It Ralph is a monster who’s just looking for a little love. As he traverses the gaming universe in search of a medal he believes will end his loneliness, Ralph encounters gaming personalities that run the gamut from Call of Duty rip-offs to Street Fighter characters to cute little Q*bert himself.

Video games and gaming culture may be at the forefront in Wreck-It Ralph, but you can still enjoy yourself immensely even if you’ve never seen Pac-Man swallow a ghost. Ralph’s quest for redemption is something any moviegoer can relate to. Even if you’re not down to learn lessons, the entire adventure is crafted with silly, enjoyable characters that are brought to life by some of the industry’s most entertaining kooks.

Sarah Silverman manages to make a sugar rush likable as Ralph’s sidekick Vanellope, a glitch who just wants the option to compete. Hot on Ralph’s heels is the anxious goody goody Felix (voiced by Jack McBrayer) and traumatized Calhoun (Jane Lynch), a CoD-style Marine who’s been programmed with the most tragic backstory ever.

Having recently just clocked a billion dollar gross in Disney’s Zootopia, Rich Moore could likely have picked anything he wanted for his next feature, so it’s exciting to see him return to characters he crafted for his ambitious first feature. In just 100 minutes, Wreck-It Ralph created an entire video game world that is at once a reflection of gaming culture as we know it and a sprawling fictional universe in which newcomers can easily lose themselves.

Sure, you might a few more chuckles if you know the history of “All Your Base Are Belong To Us”, but it’s not necessary for the price of admission. Gamer or no, Wreck-It Ralph is a great adventure story that’s a treat for all ages.