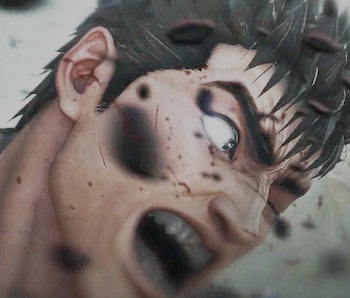 For nearly 20 years, the developers at Koei Tecmo and Omega Force have been slaking the bloodlust of thousands of button-mashing warriors with their simple, but addictive Musou series, a compilation of games that include the Dynasty Warriors and Samurai Warriors titles (as well as a handful of others). While not united by plot, these games are all created around the same “one against one thousand” gameplay format. Though the developer has created hit after hit in its native Japan, it’s these semi-annual Warriors releases that have earned Koei Tecmo and Omega Force their largest consistent following here in the states.

That being said, as much fun as a Dynasty Warriors game can be, the series has become something of a joke in the industry. Critics and fans alike have begun to mock the title for its seeming inability to change. Through dozens of iterations and variations on the gameplay, the Musou series has gone without a major graphical or gameplay update for more than a decade.

That looks to be changing this September, when Omega Forces newest title, Berserk, joins the Musou team. If the first footage and details are to be believed, this one may just be Keoi Tecmo’s return to greatness.

You’ve missed out on one of the industry’s most oddly engrossing games in Koei Tecmo’s Musou series. Whether you’re playing Dynasty Warriors, which is set in China’s Three Kingdoms period, or Samurai Warriors, which is set in Japan’s Sengoku period, the execution is basically the same. Players pick a warrior from one of a handful of larger clans and then send them into battle against hundreds of troops with the goal of murdering the other team’s leader and/or capturing a few checkpoints.

You’ll wade through the masses, pulling off ridiculous combos and building up your musou meter in order to pull off even more ridiculous combos until you confront and destroy your enemy. From there, it’s kind of rinse and repeat until they stop throwing battles at you. The games feature dozens of playable characters running across a series of battlefields loosely based on historical events. Developer Omega Force has woven in some other gameplay mechanics over the decades, but the core gameplay remains largely the same. Honestly, though, that’s not the issue.

The real issue is the series’ undercooked story and archaic graphics. Thankfully for players, Berserk Musou looks to fix both of those issues in one fell swoop by simply adapting a popular manga series.

Guts and the Band of the Hawk

Unless you’re a little bit of an otaku, you’d be forgiven for not having run across Kentaro Miura’s exquisitely drawn (and completely brutal) Berserk series. The Japanese mega-hit was first published in 1989 in a monthly magazine, Monthly Animal House. The story primarily follows two soldiers: independent Guts, and Griffith, ringleader of a group of mercenaries.

In Japan, Berserk has seen a number of highly successful adaptations into an anime series and later a trilogy of films. Popular video game adaptations based on the characters have also been released to wide acclaim. In recent years, the manga has re-emerged in the popular consciousness, inspiring a host of new adaptations including a 2016 anime reboot.

Without intending to ruin the plot — which is sprawling and which Koei Tecmo has promised to recreate in its entirety — let’s just say that the critically acclaimed series is chock full of sex, violence, and crazy-ass mythical beasts.

The epic story of Guts and his on-again-off-again homies in the Band of the Hawk crosses planes of existence, concerns the toppling of an empire, and moves from enormous battle to enormous battle. It’s weird, it’s grand, and it’s the perfect fodder for a Musou game.

Koei Tecmo is really making an impressive showing in 2016. Though Berserk may not hit US shores until next year, its Dark Souls competitor, Nioh, which is due out this fall, turned heads in its limited demo on the PSN. By lowering the number of oncoming foes and amping up their health bars, Nioh managed to find a compelling new twist on the classic Musou formula. The game is yet another sign that Koei Tecmo seems to be upping its game this year (and investors seem to agree).

Not that slaughtering hundreds of unnamed NPCs for some vague purpose of “claiming the throne” isn’t tons of fun, but after eight official entries (and more than 20 offshoots) using the same basic circumstances to motivate players game after game, it’s getting a little old. With the injection of Berserk’s source material storyline thrown in alongside a much needed graphical update, Berserk might be the most impressive showing in the entire Musou series.