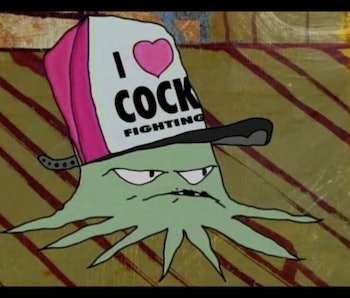 Adult Swim’s choke-hold on late night alternative comedy was only strengthened after Rick and Morty exploded in popularity. Even the Emmys were restructured in order to consider shorter, stranger bits of media in its awards deliberation, and the official statement regarding that process specifically name-dropped Adult Swim in particular.

Fans of the network’s iconic, animated chaos have been screaming for a revival of old shows, and Adult Swim responded to some, namely those clamoring for more Metalocalypse with outright trolling. It seems Squidbillies has been deemed viable for more episodes, too: Adult Swim announced this morning that Season 10 will premiere July 10.

No plot details have been released — though we can assume Early will hurt people — the network did release an awesome clip of West Virginian “dancing outlaw” (and voice of Ga-Ga-Pee-Pap Cuyler on Squidbillies) Jesco White running around a farm and pleading for the Squidbillies to emerge:

Squidbillies is notable for being an authentic, self-satirizing takedown of deep Southern and Appalachian culture. The show hires creatives who profess familiarity with situations similar to the Cuyler family’s home in the Blueridge Mountains of Georgia.

Early, the show’s protagonist and patriarch, is voiced by Stuart Daniel Baker, a North Carolina performer whose onstage persona, Unknown Hinson, parodies many of the issues talked about on Squidbillies.

So what can fans do in the coming weeks? Listen to Early, man.

More like this
Entertainment
8.1.2022 1:00 PM
Rick and Morty: Vindicators creator reveals the origin story we “need” next
By Jake Kleinman
Entertainment
8.6.2022 12:00 PM
The real stars of Bullet Train deserved better
By Eric Francisco
Mind and Body
7.24.2022 2:00 PM
The Rehearsal riffs on exposure therapy, but the real deal is powerful
By Sarah Sloat
Share: