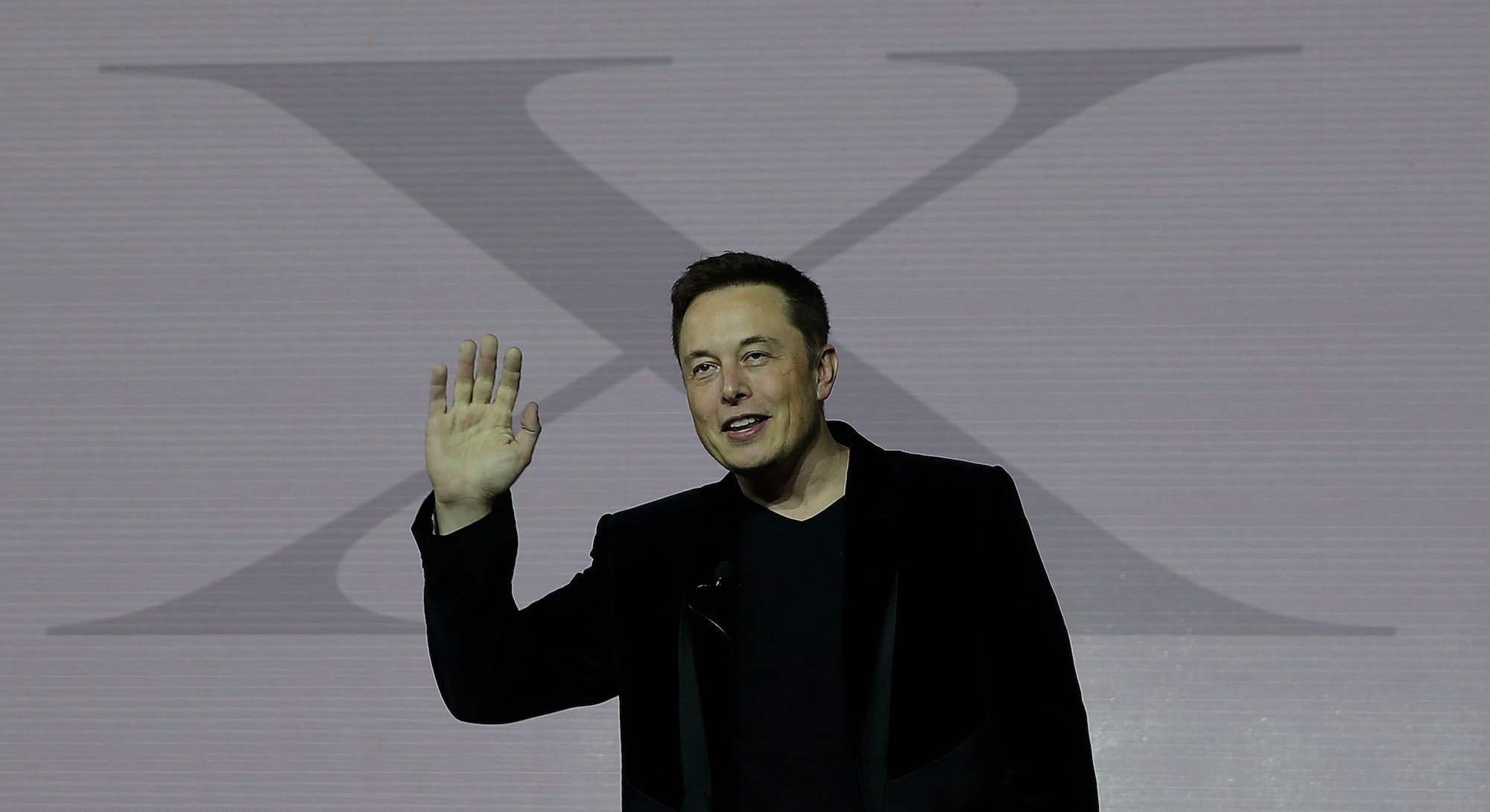 Elon Musk has had a busy 2016 so far. It’s only halfway through the year, and the real-life Iron Man has landed a rocket on a drone ship, set a reservation record for the Tesla Model 3, and shut down accusations from plenty of Tesla haters.

While he was accomplishing all of that (and more), Musk also solidified his position as one of the tech world’s most memorable speakers. Whether it’s a prepared speech, an interview, or a tweet, you can always count on Musk to deliver far-reaching theories and the straight up strangest statements. In celebration of Musk’s big year and 45th birthday, here are the ten craziest things Musk has said so far in 2016.

10. “There’s a one in billion chance we’re in base reality.”

Musk means the reality that isn’t a computer simulation. He made the statement in response to a question by journalist Josh Topolsky at Re/code’s annual Code Conference. His reasoning (which he apparently debated in hot tubs so much that the debate became off-limits for hot tub discussion) is based on philosopher Nick Bostrom’s “Are You in a Computer Simulation?” paper. So is the meatspace really the meatspace, or are we all just living in some computer simulation? We’re most likely in the real meatspace.

Musk isn’t just a fan of the dreamscape Matrix world of computer simulations, he’s into aliens too. Musk likes to tweet about what he is reading, and in this case, he was reading a New York Times story about how there have been aliens in the past, even if there aren’t any aliens now.

8. “Why should companies exist at all?”

Don’t be fooled by the stake in PayPal that made Musk rich, or his standing as CEO of SpaceX and Tesla, or his place on the board of SolarCity. Musk is totally not corporate. Musk asked this existential corporate question to his shareholders when they were wondering why in god’s name Tesla proposed to buy SolarCity. He’s got a point — Musk is trying to change the way people think about energy and save the planet from climate change, so why should he have to worry himself with the details of financial viability and stock market fluctuations?

7. He was at the Pentagon for “something about a flying metal suit.”

Wrap up of the above statements combined: Musk is a previous alien likely living in a computer simulation who is not shying away from inferring that he is also Iron Man.

Tesla has a habit of putting Easter eggs in the car. Flip a switch too many times? On goes a Super Mario Kart themed Autopilot map. Press the charge button repeatedly? The charger will go full rainbow. And, of course, there are the cowbells. He followed this tweet up with a “Btw, we will really have more cow bells,” tweet and a “And, yes, we are adding more cowbell soon” tweet. Musk is serious about cowbells.

5. “Creating a neural lace is the thing that really matters for humanity to achieve symbiosis with machines.”

If humanity wants to catch up to the alien, Iron Man, computer-simulation-living Elon Musk, it’s going to have to figure out neural lace. This is because A.I. is going to take over the planet and the only way to keep that from happening is using neural lace on our cells to make sure humans can learn faster and keep up.

4. “You have more power than the president had 20 years ago.”

Musk puts a lot of faith in that technology, and thanks to what essentially amounts to “superpowers” from technology like computers and phones, he told the folks at the Re/code conference that anyone can wield the power of Bill Clinton.

3. “Interesting to think of physics as a set of compression algorithms for the universe.”

The man thinks in binary. Compression algorithms make data into a smaller package in order to be transported easier, then when it is decompressed, the data doesn’t lose any quality. Imagine looking at every single thing in the world in the context of data and computing. That is a bit of insight into the mind of Musk.

2. “We’re trying to have the non-weird future get here as fast as possible.”

This was one of the arguments that Musk put forward to keep the shareholders satisfied after the Tesla bid for SolarCity. It’s something that he has “zero doubt” about, so he obviously thinks that electric car companies and solar panel companies are natural bedmates. You have to wonder, though, is a flying iron suit in that “non-weird future”?

Don’t think that just because Musk has a lot going on, he isn’t familiar with hip emoji lingo or sex jokes. This particular one was in reference to a tweet of an eggplant emoji and the cover of a Motor Trend magazine that read “Mind Blowing S3X.” “S3X,” of course, is a reference to the Tesla Model S, Model 3, and Model X. That doesn’t mean Musk doesn’t think the cars are sexy though.

There are six months left for more solid, provoking Musk quotes in 2016. And if you think you can top his quotes, he’s got a solution for that: