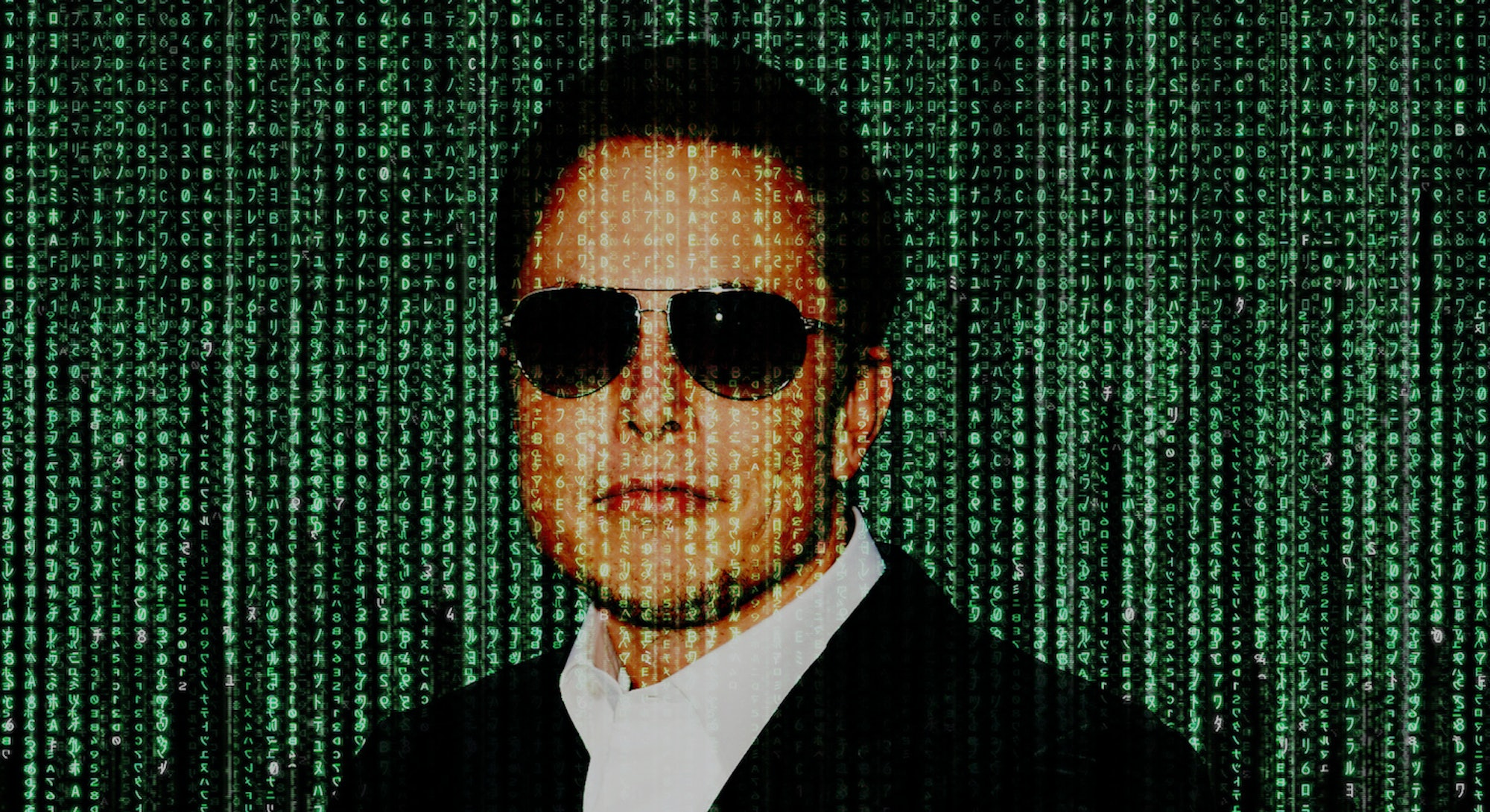 How certain are you that the world around you — as you perceive it — both exists and is quote-unquote real? Nothing in your subjective experience can validate this belief. Elon Musk, on Wednesday, reminded the world of this fact, telling a Recode conference audience member that odds are “one in billions” that our reality is the base reality. The Tesla and SpaceX CEO said he believes that it’s far more likely we’re living in a simulation. Predictably, the internet caught wind of the clip and minds were blown. New York University Silver Professor of Philosophy Ned Block, however, remains unconvinced.

“Everything we know about the nature of conscious experience suggests that it is dependent on its actual realization in us,” Block tells Inverse.

Saying that there is no spoon is easy if you’re a visionary billionaire. Still, Musk has thought and talked about this intellectual quandary a lot. “Even in hot tubs,” he said. “So much so that it had to be banned from the hot tub.” But was he ever really in a hot tub? While our minds are quite adept at suggesting that our world is the real world, they can also lead us to question that belief.

Musk’s argument is as follows: Over the past 40 years, we’ve witnessed an explosion in technological capability. We’ve gone from Pong to virtual reality so immersive that it can scare the living daylights out of you. We have photorealistic, massively multiplayer online games. Millions of people can play together, at once, and exist in the same world. It doesn’t seem to be a huge stretch to imagine a future in which we can simulate entire universes. (No Man’s Sky, in fact — a much-anticipated video game — does just that.) It therefore doesn’t seem a stretch to imagine that we ourselves exist in a simulation.

“If you assume any rate of improvement at all, then the games will become indistinguishable from reality. Just indistinguishable. Even if that rate of advancement drops by a thousand from what it is right now: then you just say, ‘Okay, let’s imagine it’s 10,000 years in the future,’ which is nothing in the evolutionary scale. So, given that we’re clearly on a trajectory to have games that are indistinguishable from reality, and those games could be played on any set-top box or on a PC or whatever, and there would probably be billions of such computers or set-top boxes — it would seem to follow that the odds that we’re in base reality is one in billions.”

Musk is restating philosopher Nick Bostrom’s much-discussed simulation argument. He continues. We should hope that we are living in a simulation, Musk muses, for if we are not then there may be an upper limit on civilization. “If civilization stops advancing,” Musk says, “then that may be due to some calamitous event that erases civilization…. Either we are going to create simulations that are indistinguishable from reality, or civilization will cease to exist. Those are the two options.”

Musk didn’t really have the time to elaborate, but the argument runs as follows: Three propositions outline what could become of humanity, and Bostrom argues that at least one must be true. One possibility is that there is indeed an upper limit on a civilization’s development, and so before any imaginable human civilization has the chance to create reality simulators — to become posthuman — it is inevitably wiped off the planet. Another possibility is that posthuman civilizations can come to exist, but that they are “extremely unlikely to run a significant number of simulations.” The remaining possibility, assuming those two options don’t actualize, is that we ourselves are “almost certainly living in a computer simulation.”

If humans were to create one reality simulator, it is likely they would create more simulators. As a result, there would be far more simulations in existence than the one true reality, and the odds that our reality were the the “base reality” would plummet. Assuming that there is no upper bound on a civilization’s development — real or simulated — it would not be unfathomable for us to ourselves reach a stage at which we could create simulations. Then you get a sort of Inception world, where there are simulations within simulations ad infinitum.

Given our inherent limitations, the theory runs, we would have no way of determining whether or not we were living in a simulation. Here’s how Bostrom concludes his argument: “In the dark forest of our current ignorance, it seems sensible to apportion one’s credence roughly evenly” between the three possibilities. However, he adds: “Unless we are now living in a simulation, our descendants will almost certainly never run an ancestor-simulation.”

Ned Block is not just a philosophy professor: he is also a psychology and neural science professor. Though he’s unfamiliar with Bostrom’s argument and with Elon Musk, his brain — his real, physical brain — is otherwise ideal for coping with this question.

Our current collective understanding of consciousness suggests that “our actual electrical, chemical realizations of our conscious states are crucial to their being conscious states,” he explains. Consciousness depends on chemicals interacting and neurons firing in a brain. We therefore “have no reason to believe that a simulation would reproduce actual, conscious experiences.” No matter the fact that we are inherently limited in our experience: Block thinks that “our first-person acquaintance with our consciousness tells us that there really is such a thing, and the fact that there really is such a thing is a challenge for a simulationist view.”

It would therefore be possible for an advanced civilization to create reality simulators, perhaps — as Bostrom speculates — to study their ancestors’ behavior, to better understand their history. But could we say that those simulated humans were conscious? If you and I were simulacra, would our experience feel the way it does? Would we even experience anything? Block thinks current evidence suggests no. Bostrom disagrees, but does not offer much support: “It is not even obvious that it is possible for an entity to behave indistinguishably from a real human and yet lack conscious experience,” he writes.

Some would argue that in a foreseeable future, quantum computers could more feasibly reproduce consciousness. Block dismisses this view. Sure, quantum computers may be able to perform calculations faster and more efficiently than traditional computers. “But they’re still computers. They’re still a description of us that is grinding away, computing what we would do in a given circumstance.” As such, they’ll still be limited to simulation — as opposed to reproduction. We may well be able to one day simulate consciousness, but “we have no reason to believe that even quantum computing would reproduce the original.”

And in general, even simulations seem like a stretch. “If you tried to simulate a system by simulating all the motions of all its elementary particles you would run into principled computational problems,” he says. “The physics state function is thought to be non-computable.” Reasoning from the rate of technological improvement as Musk does is, in Block’s eyes, unacceptable.

Tough luck for Musk, the man who lives as if the world is indeed his video game. If the rest of us are going to adopt his and Bostrom’s philosophy, and accept that this is all some grand simulation, we’re left wondering why we were given such inept characters. And also why the simulator’s designers elected to leave us with this simulation, and not something altogether more peaceful, pleasant, and advanced. Musk would presumably say that this simulation suits his each and every fancy. Bostrom would say that we’re under a posthuman civilization’s microscope. Block would say they’re both mistaken. You and I would likely either side with Block or, instead, adopt Trophy Dave’s pessimism:

But Block’s expertise and explanation seem convincing, and his certainty may help you sleep at night. “Neurons live in a chemical soup,” he explains, “and that combination of electricity and chemistry may be important to human consciousness.” Good luck replicating that soup.