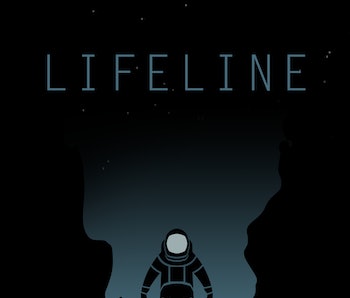 Exploring space is a wonder that only a handful of Earthlings can say they’ve experienced. Those of us who aren’t astronauts (or cosmonauts!) still dream of exploring the stars, and thanks to gaming technology, we can experiment with the process – through a few swipes of the thumb on our phones.

Below is a collection of the best mobile games that make us want to consider retaking a calculus class, or maybe Google “Space Camp for adults” when no one’s looking. Some games focus on spacecraft systems, and others attempt to recreate the loneliness of floating between planets.

An old fashioned, but updated, space shooter with alien hordes and trips into the galaxy, Xelorians follows a pilot protecting the Earth from invading forces. It’s a simple shoot-em-up, but with four episodes, five difficulty levels, and 18 missions, there will always be enough alien ass to kick.

Taylor has crash landed on an alien moon. His crew is gone and he is alone – except for a stray signal on his communicator that links up with you. Lifeline is an interactive game written by one of the minds behind Fables: The Wolf Among Us that will decide the fate of this unfortunate astronaut through your conversations. It feels very immediate, and is downright frightening in some scenes.

Galaxy Wars is a strategy survival game that pits your starship against various creatures and other bands of humans after the Earth was destroyed. You’ll take part in skirmishes, raids, and defense while also building your forces and expanding your technology.

OPUS: The Day We Found Earth

This heartwarming and exploratory game lets you join a robot and his creator as they search outer space for a way back to Earth. Players use a telescope to map out and search the wide reaches of space while simultaneously learning about the past and hoping for the future.

Casual gamers will enjoy this ambient expedition that leads a small rocket through the huge and treacherous galaxy. Players must make it through the maze of suns, black holes, and asteroids to harvest and explore the various planets dotting the system.

A game that challenges players to design the best rover for the rough terrain of Mars, Solaris: Rover Expedition lets you create your vehicle by simply drawing it, and the goal is to get as far on the planet as possible.

Not swooping through the stars, but actually huddled in a cave, this app pits cute alien blobs against terrible creatures of the night. You can arm yourself and your blobby friends with guns and helmets and armor in order to survive.