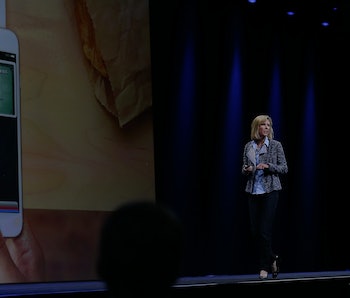 What if your MacBook could scan your fingerprint, or display application-specific buttons on a touchscreen? Apple has dropped hints in the beta version of macOS Sierra that these features, and more, may be coming to a Mac near you soon.

Developer Felix Schwarz found hints in Apple’s new developer libraries that the company may be gearing up to introduce biometric input taps. “Biometric input” covers a wide range of methods for identifying a person – as in, by his retina or voice. This data is usually used to skip irritating password screens by making sure the person is who he claims to be.

Here, biometric input could refer to finger-scanning technology similar to the Touch ID home button on the iPhone. MacOS Sierra introduces support for Apple Pay on websites, authenticating card payments by either scanning the user’s fingerprint on his iPhone or double-tapping the side button on Apple Watch. A fingerprint scanner built into the computer would eliminate the need for that. The technology could also be used to bypass the password screen at logon, saving the lengthy code entry every time the laptop is opened.

Meanwhile, Mac Generation has spotted code that suggests Apple may support a OLED touchscreen, running across the top of the MacBook where the function keys currently sit. This touchbar could show a number of buttons and alerts depending on the context: macOS Sierra references “do not disturb,” “low battery” and “night mode.”

Previous rumors have suggested the next MacBook may feature a small touchscreen. Dutch artist Martin Hajek produced concept art last week that showed what this might look like in practice. Here, the touch bar changes depending on the application. For example, opening Spotify could provide quick touchbar access to playback controls, volume slider and current song info. A torrent download could show its current progress as the bar travels across the touchscreen. A Siri app could also show the speech waveform without cluttering the screen.

It may be a while before we see such a MacBook on the market, but the macOS Sierra code hints that maybe its release is closer than expected.

More like this
Innovation
8.14.2022 10:00 PM
60 years ago, an iconoclast designer revealed a fix for our biggest tech problem
By Tim Gorichanaz and The Conversation
Innovation
7 hours ago
Scientists create fake leaves that generate a clean fuel source
By Sarah Wells
Innovation
3 hours ago
Can we terraform Mars? Scientists may have made a major breakthrough
By Jeff Nagle
Related Tags
Share: