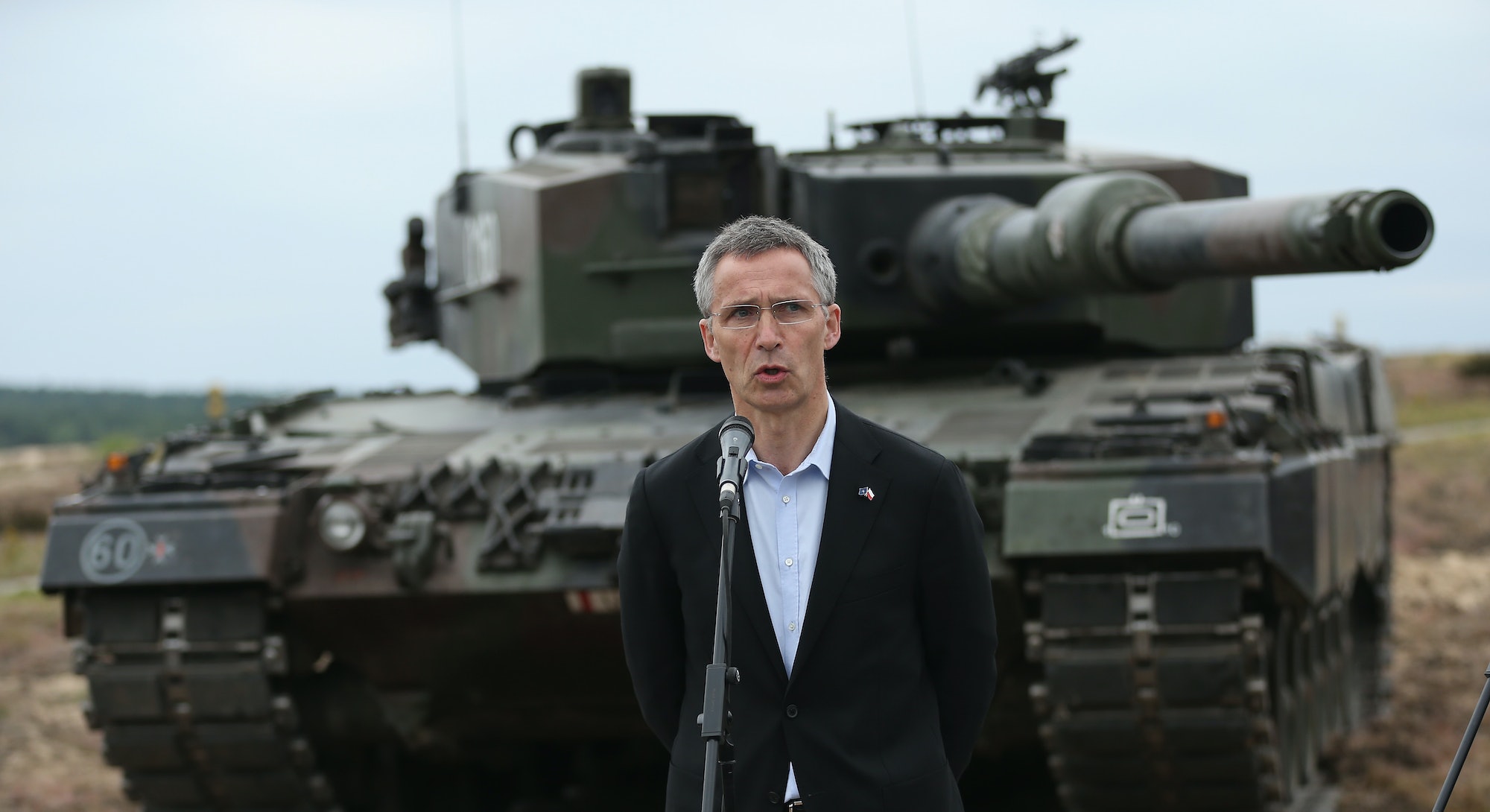 Warfare doesn’t look quite the same as it did 100, or 50, or even 10 years ago. Trenches and tanks have given way to laser-equipped drones and special forces squads, but one of the 21st century’s deadliest battlefields could be digital.

No, we’re not talking about video games, but about the growing importance of cyber warfare and digital security in international relations. The United States has been conducting cyber attacks for years, and has recently upped its efforts to defend the nation’s digital infrastructure from hostile threats. But for the most part, cyber warfare has existed in a curious gray area of international morality, with aggressor countries exhibiting plausible deniability when they managed to, say, crash a series of computers monitoring a nuclear weapons program.

NATO considers the internet a battlefield just like air, land, and sea

Earlier today, the North Atlantic Treaty Organization, the world’s largest and most powerful military alliance, announced that its member states would officially recognize cyberspace, or digital property and systems, as “operational territory.” In other words, NATO considers the digital domain a battlefield just like air, land, and sea; it will deploy defensive measures and respond with force if their territory is encroached on or attacked. NATO Secretary General Jens Stoltenberg, a former Prime Minister of Norway, announced the change earlier today, planning to make it official doctrine at the NATO Summit meeting (where heads of member countries hang out every few years) in July.

“Most crises and conflicts today have a cyber dimension,” Stoltenberg told reporters, and NATO will “organize and coordinate” their defenses against digital threats. “There’s a lot of work to be done,” he said.

Stoltenberg confirmed that cyber attacks can trigger “Article 5,” one of the core principles of the 28-state alliance. NATO is a “collective defense” alliance, which means that member states have pledged to defend against an attack on any other member state.

Article 5 is the binding part of NATO’s founding treaty — essentially, it’s the geopolitical version of “you mess with one of us, you mess with all of us.” Put this on while you consider the implications of that:

Article 5 is a pretty strong line in the sand against any aggression, and adding digital attacks to the list of violations is a huge escalation in the importance of cyber warfare in Europe. NATO was put together in 1949, right at the beginning of the Cold War, to oppose the Soviet-led Warsaw Pact. The Warsaw Pact died with the Soviet Union, but NATO still stands as the foundational military alliance binding much of Europe together. NATO membership, therefore, is a very big deal.

Some former Soviet republic countries like Ukraine and Georgia have never joined NATO, because of internal and external (i.e. the Russian Federation and China) pressures that fear a loss of influence if they join the NATO clique. Previously, it would have taken a blatant act of war (something large going bang) on a member state to trigger Article 5 and ignite a conflict, but now, any organized cyberattack could also be used as justification for initiating armed conflict, blurring the line between digital and physical violence.

On one hand, we’re one malicious hack away from war, but on the other hand, NATO’s declaration is a strong “zero tolerance” announcement to cyber terrorism and foreign intervention.