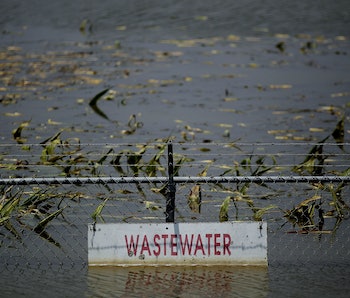 Agencies that seek to track illegal drug use have a peculiar methodological problem: No one likes to admit snorting or shooting or smoking to someone working for the government regardless of that government’s policies. The European Monitoring Centre for Drugs and Drug Addiction is using a fascinating, if a little icky, solution to get around this, checking city sewage systems for traces of contraband chemicals. This works so well that researchers can now explain the cultural norms surrounding drug use in particular cities. That’s helpful in a way that, say, knowing Seattle-area fish are coked to the gills, is not.

The group used recent analyses of wastewater in conjunction with drug-seizure data and other surveys, to isolate regions of growth and change in various drug markets, and generate its 2016 report — a sort of European State of the Union for stoners. While it’s light on certain specifics — like exactly who was doing all this testing and what they got paid — the report confirms that this process is more or less exactly what it sounds like: “community level analyses of drug residues in municipal wastewater, carried out in cities across Europe.”

Wastewater analyses helped the organization determine that cocaine continues to grow in popularity in Belgium, Spain, the Netherlands, and the United Kingdom. As for MDMA, the Euro drug of the moment, wastewater indicated much higher levels in Belgium and the Netherlands. The residue in the Amsterdam sewers likely pointed to higher purity, not a higher number of pills. The lesson being that Belgium has music festivals and Dutch people are good at drugs.

“We are also pleased to note the inclusion in this year’s report of additional city-level information from European research networks, which complements national data in the areas of wastewater analysis and drug-related hospital emergencies,” the report states, cheerily.

The group has used wastewater analysis before: In 2015, the data wastewater residue provided indicated that amphetamines were being consumed at “appreciable levels” all across Europe (though notably more so in northern Europe, where they do seem to party harder, as compared to residue results in southern Europe). Wastewater analysis is actually — for those keeping track — its own academic discipline: Sewage Epidemiology. It’s shitty work, but the results speak for themselves.