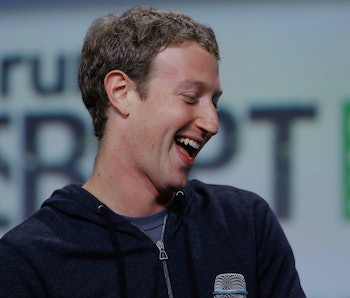 As one of the last tech giants that doesn’t offer end-to-end encryption, Facebook’s decision to offer it as an option will be unlikely to quell privacy or law enforcement critics. Facebook, like Google when it launched Allo, is hoping to introduce new A.I. capabilities to Messenger that don’t work with end-to-end encryption, so the company is making the choice to boost security optional.

With more than 900 million users of the Messenger app and an additional 700 million users who have access to the system online, Facebook would instantly become the largest secure messaging system in the world, if all of its users opted for the new encryption. WhatsApp, which mandated end-to-end encryption in April, has a billion users. However, many Facebook users will face a tough choice between the added features of a Messenger service that uses A.I. (and thus isn’t encrypted) and the often abstract benefits of more secure data.

The new A.I. features in Facebook Messenger will likely mirror those introduced in the Google Allo app. Instead of just suggesting common words to answer messages, as some systems currently do, Google Allo reads received messages and can provide pretty detailed responses, like suggesting “Wow! Nice spaghetti!” after a friend sends you a picture of her dinner. It also analyzes the messages you’ve sent in the past to learn your style and optimize its options. But for Google to do this, users must authorize the company to read their messages, precisely what end-to-end encryption prevents.

Edward Snowden criticized Google Allo when it launched for requiring users to opt into the end-to-end encryption, telling his fans to “avoid it for now.” At the same time, giving users the opportunity to turn on encryption would seem to aggravate law enforcement officers who still would not have free access to encrypted messages, even with a court warrant. As the privacy wars heat up, it’s clear that these companies are struggling to appeal to all their diverse constituencies.

It’s a big step for Facebook to even offer end-to-end encryption, as Google Allo, WhatsApp, Viber, and some Apple products already do. But in the end, it all comes down to how many users choose to add the secure feature.