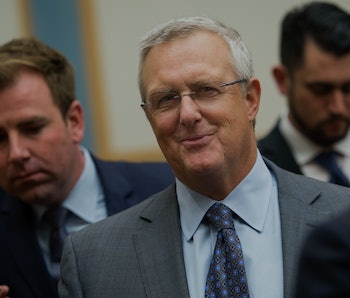 Today, popular messaging app Viber joined WhatsApp in offering end-to-end encryption. Security experts took to Twitter to express their beliefs that companies and services who did not keep up with this trend would be left behind by consumers.

Apple has been at the forefront of that trend as far as iMessage is concerned, but data stored on iCloud has long been accessible to prying outside parties. In the wake of the San Bernardino Apple-FBI debacle, many wondered whether Apple would institute further security measures to keep one step ahead of the government. Rumors suggested that, indeed, Apple is working to encrypt the data backed up to its iCloud.

In the government’s testimony, which preceded Apple’s testimony, Captain Charles Cohen, commander of the Indiana State Police’s office of intelligence and investigative technologies, said that Apple would even give iCloud end-to-end encryption. Another testifier claimed that Apple had provided its iOS source code to the Chinese government, and again that Apple had the backdoor key 19 months ago but elected to throw it out. Sewell, at the conclusion of his introductory remarks, explained that all three allegations are false.

Congresswoman Susan Brooks followed up, questioning Sewell about iCloud’s future. She asked: “Does Apple plan to use encryption in the cloud?”

Sewell responded that Apple’s made “no such announcement.”

Brooks pushed him further still: “I understand you’ve made no such announcement, but is that being explored?”

Sewell: “I think it would be irresponsible for me to come here and tell you that we are not even looking at that, but we have made no announcement; no decision has been made.”

And again, Brooks: “And, um, are these discussions helping inform Apple’s decisions, and is Apple communicating with any law enforcement about that possibility?”

Sewell: “These discussions are enormously, enormously helpful, and I’d be glad to go further into that: I’ve learned some things today that I didn’t know before, so they’re extremely important. We are considering, we are talking to people, we are being very mindful of the environment in which we are operating.”