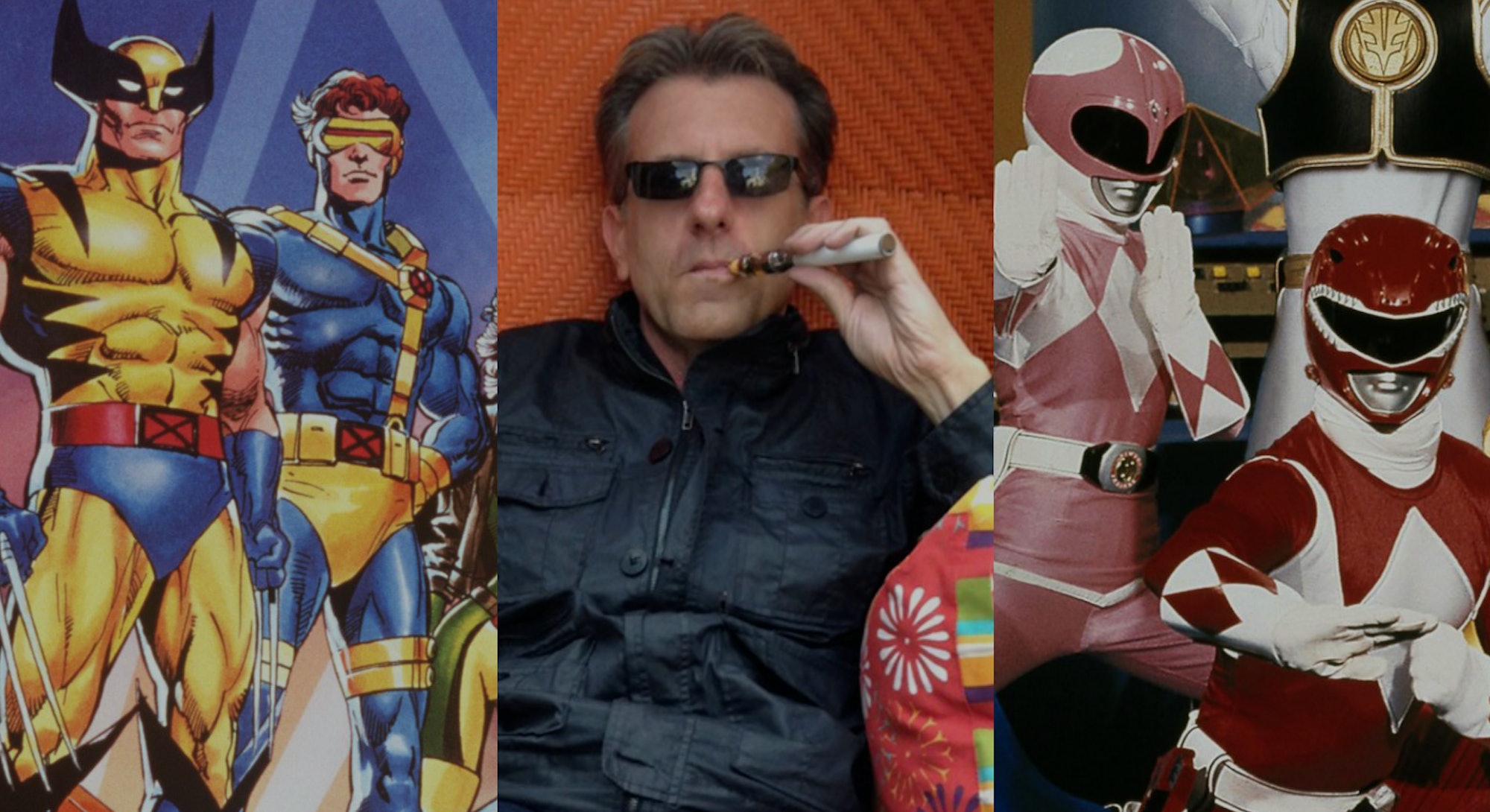 It begins with rapid percussions, like a heartbeat, before it explodes into an adrenaline rush. Guitar riffs, gongs, and crescendoes make up the intro theme to X-Men, the cult animated series that ran on Fox Kids from 1992 to 1997 co-produced by Marvel and Saban (of the Power Rangers empire). Play it back for ‘90s nerds, and they’ll relive their youth spent in front of the TV after school. But play it for its composer, Ron Wasserman, and he’ll remember long hours, micro-managing, and working under the strictest contracts he’s ever had.

“That was just a boatload of work because there was a lot of involvement,” Wasserman recalls to Inverse over the phone. “A lot of, Let’s tweak this, make this bigger, redo this. We ended up with 80 or 90 tracks for that thing. They just kept trying to get more and more energy out of it. It was on and off for weeks.”

Composing the iconic instrumental for Marvel’s mutants took a lot out of Wasserman, more than when he made that other ‘90s TV ear worm: the Mighty Morphin’ Power Rangers theme. From start to finish, Power Rangers took Wasserman just two hours.

“I [left] what I thought was a guide vocal for a real singer,” he remembers about the day he made “Go, go, Power Rangers!” a cultural staple. “They had a meeting the next day, Fox heard it and went crazy. They said, ‘Congratulations, you got the theme.’ I said, ‘Who’s going to sing it?’ They said, ‘No, it’s done.’”

Two decades ago, Ron Wasserman was a composer for Saban Entertainment, the conglomerate that gripped its franchises tightly — and employees — as kids hold onto their toys. In that time, Wasserman energized a generation of TV junkies with infectious compositions that were sometimes more exciting than the episodes that followed. In between his current gigs for TV Land and Nickelodeon, Wasserman spoke to Inverse about his time scoring small-screen superheroes, when he got screwed out of going to the big screen, and how he followed up with sweet career revenge.

I don’t know that it ever became a choice. There’s something about the words “X-Men” that doesn’t lend itself to vocal. When The Edge did the Spider-Man theme, he just went, “Spider-Man, Spider-Man.” You can’t do an action theme like “Go, go, Spider-Man!” There was something about “Power Rangers” and the phrasing that worked. For X-Men, it was easier instrumental.

When you composed X-Men who looked over your shoulder more, Marvel or Saban?

Saban. One of the things Saban did was isolate me. They isolated us intentionally from the network because you talk to them and then they go, “Hey, we have this other show,” which leads to you getting the gig. Saban was incredibly protective, holding on to their property and talent so nobody else would. In my four years of scoring [for ‘’X-Men’], I never met a single network person or producer outside of the Saban corral.

That’s surprising. I’ve interviewed composers for Marvel and they talk about the company’s eagerness to get involved. Was it just a different time?

I think this might be specific to Saban because I have a friend who scored Baywatch and 90210, and he was going to sets and talking to whoever was directing. That’s how it’s normally done. But Saban, everybody was “work for hires” where they’re taking a majority of your rights. I knew this going in. It was paid college for me, and it gave me a huge break and I wouldn’t have the career without it. But they kept tight reins, like the old studio days, people signed under exclusive contracts and kept on the lot.

I left in ‘95. I said, “I’d like a fair deal and a contract.” I had written X-Men, Sweet Valley High, VR Troopers, and of course Power Rangers. They said, “No, your position stays.” So I left.

Power Rangers had a distinct rock score as opposed to the original Japanese series, which had a symphony. Why did you opt for rock and metal?

In its previous incarnation, I’m not sure it was even Power Rangers footage, there was Japanese footage and they were thinking calling the show Metal Man. Obviously, I’ve got to do metal.

You did more for Power Rangers than the theme song. A lot of fans remember “Fight,” “I Will Win,” and “We Need A Hero,” and other songs for the fight scenes. Those have lyrics. How much freedom did you have making those?

It was open. Obviously there was fighting in the show, so the first was “Fight.” By the time that was happening, I didn’t realize how poorly I was treated until I left. They weren’t like others, going out of their way to say, “Hey, that was great.” That didn’t happen at Saban. It happened among executives, but it never filtered down.

“We Need a Hero” is a political statement. I was starting to sense things were spinning out of control. There was always specific heroes and it seemed like things were getting diluted with that phrase, that definition. I saw that group kids could look up to dissolving. Unfortunately, that is what happened.

You’re going to really kick yourself. The Three Musketeers had “All for one and one for all,” and we [Power Ranges] have five characters. So, it’s the five for one.

The songs in ‘[Power Rangers’], they’re about me, what I was feeling, what I was doing. “Cross My Line” was the last song I wrote for the series, might have been for the film after I left. It’s kind of the victory song.

You didn’t compose the 1995 Power Rangers movie. What happened?

[I wrote] “Cross My Line” was because I had the film. I was going to score. I met the head of music of 20th Century Fox, Robert Kraft. They sent me dailies, I scored them. They were thrilled and from what I heard — I can’t prove it — what I heard is Saban did not want my name on as “Composer” because everyone would know who was doing this stuff.

So I was told, you’re not going to [the] film. They went, “They just don’t feel you could handle it.” I remembering running into [Saban CEO] Haim Saban and he said, “Sorry, about the film. But to be honest, you’re no John Williams.”

I’ve had people over the years say, “Don’t get angry, revenge is success.” And “Cross My Line,” was, “You cross my line, fuck you.” I’m going to be successful. I may not be John Williams, nobody is John Williams, but you watch. “I Will Win,” written after that, is about “You’ll see.” It’s the same thought extended.

Do you feel like you lived up to that?

Yes, I’ve worked seven days a week, since two weeks leaving Saban. I scored or contributed to about 3,300 episodes of television. I’ve been signed with my wife. She’s a singer with our band, Fisher to Universal. We’ve toured the world. It’s been nothing but great.

About your band, Fisher. You let some of Fisher’s music be in Power Rangers. Considering your relationship, why were you okay with that?

I had no problem with that. I never hated Saban. I respected the man. We got along great. It’s got nothing to do with hate or being jaded, it’s just like an argument ensued toward the end and I let my feelings out through the music and maybe he understood. We didn’t leave screaming. We left on very good terms.

You came back in 2005 for Power Rangers SPD, when the show was produced by Disney. What was Disney like as opposed to Saban?

Disney was great. They called me, they wanted to go back to that sound. So I wrote something, again that took four or five hours. They called back, “This is our best theme we’ve ever had.” I remember that because I was out of town visiting my mother-in-law when they called me, “Could you put a siren here?”

What are your impressions on the upcoming movie from Lionsgate?

I knew they were going to [go for] the big Hollywood thing when they said, “We’re going to stay true to the original” and whatnot. That’s not how it works when you’re spending that kind of money. They’re going to get it close to Marvel as they can and I don’t blame them. That’s what people expect now.

Speaking of Marvel, you’ve made two TV themes fondly remembered today by two different fandoms. Are the X-Men fans as responsive to your contribution as Power Rangers fans are?

I probably received 50 emails about X-Men, ever. Thirty or 40 thousand with Power Rangers. That just happens, those people took the time to write. X-Men moves to a different crowd, maybe the animated crowd is different. I always thought it was odd, but I never sat around going, “Aw, nobody writes about X-Men.” It is what it is.

People love it though. Did you see Oscar Isaac trying to sing it while promoting X-Men: Apocalypse?

Someone sent me the video a few days ago. I was so flattered and, to be honest, amazed! I never expected anything like that to ever happen. Very honored.

What’s a fun memory of someone remembering your theme songs?

Fisher gets signed, the album comes out and I get called from our manager. “Valerie Bertinelli is a big fan, she put one of your songs in her movie of the week and you’re invited to her house to watch the movie tonight.” We drive up and we’re sitting on the couch and I hear, “Hey, hey, hey.” It’s Eddie Van Halen, who pulls me off and he goes, “Let me show you something.”

He goes, “So, you wrote that Power Ranger theme?” He pulls out an acoustic or an unplugged electric and he starts playing the rhythm. He goes, “It took me two fucking weeks to learn this. How you play this this?” His son loved that theme and Eddie struggled to figure it out. The guy is an off the hook genius, but it took him that long. I go, “I got bad news for you. I did it on a keyboard.” He just stared at me with this look. I tell him, “But those triplets were the tip of the hat to you, Van Halen.” That was incredible.