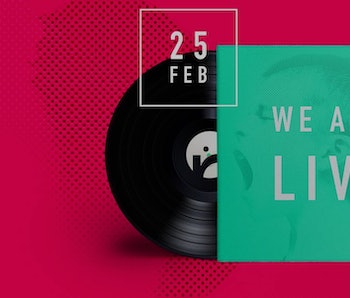 There are countless album releases, which is a blessing and a curse for the modern music lover. Sure, there’s always something new to listen to, but finding the good stuff can be a matter of scouring various platforms and reading the tea leaves whenever artists allude to release dates. Surprise releases make life tough. Tidal makes life tough. Record Bird’s Chatbot, an A.I. that provides information about new music and where to find it, makes life a bit easier. Also, louder.

In February, Record Bird launched its main website, which allows you to peruse announced or already released records and provides suggestions based on your Spotify account or Facebook likes – depending on which platform you used to sign up. The chatbot, which works on Facebook Messenger, performs a similar service, but feels a lot more personal and convenient.

That said, the Chatbot does have limitations, which should come as little surprise, given just how confusing the communication around album releases currently is.

When you first sign on to the Chatbot, you’ll receive a message that asks if you want to filter your search by artist, records released this week, or records announced this week. I decided to test the bot’s accuracy with a curveball, so I chose “record by artist” and typed in Fifth Harmony, knowing that the band had postponed their upcoming release by a week. Record Bird came up with the previous release date of May 20th, but I wasn’t surprised since this information was announced on the group’s Instagram (although it was also covered by news outlets). Metacritic, a reliable site that lists upcoming music releases, hasn’t changed the date either, which leads me to believe that Record Bird probably culls data from that site or one like it.

Next, I gave the bot an easier task by typing in Ariana Grande. “Boom! Ariana Grande just announced a new record: ”Dangerous Woman”, out on May 20th. Would you like to learn more?” the Chatbot asked excitedly. Good job, Chatbot! Also, the option to view the record on the Record Bird, where I could listen to all the singles even before the whole thing dropped, was nice. So were the helpful directions on where to buy it.

The remainder of my experience with the Record Bird Chatbot included frustrating miscommunications typical of human-robot interactions, but overall, if you follow the bot’s directions, it’s helpful to have all this information presented in one place. It’s easy to flounder among a dizzying barrage of music releases, but Record Bird’s mission of keeping you afloat is a crucial step toward strategic navigation and refreshing simplicity.