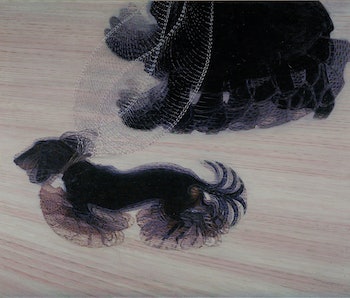 We live in a time when gamers and fans are fighting for their beloved video games to be recognized as art, sports, or entertainment relevant to mainstream culture analysts. They rack up big sponsorships and endorsements for their e-sports leagues, and they have national museum exhibitions for the best games that embody “art”, whatever that means. Then there’s Doom. Upon its release, all those concerns suddenly seemed trivial, because Doom plays the way fans describe video games as a unique medium. There’s nothing else like it.

Doom is a return to a very old type of shooter game. You collect health instead of having it regenerate for you automatically, pick up power ups to boost your stats, and levels are treated like a series of connected arenas rather than a contiguous open world. Yet Doom, for all of its retro stylings, feels more open, and more free than many of the other shooter games currently out there, the ones that have worked tirelessly over the years and across many sequels to deliver said freedoms. Only with Doom do we realize that the efforts by games like Call of Duty or Battlefield or Halo were all just distractions and smokescreens preventing us from reaching something close to a pure experience.

Most video games, at their core, are a study in movement. How does a game indicate to the player that he is allowed to move? In the old days of text-based adventures, players couldn’t move, they were limited to expressing, in written form, their desire to move from one place to another. That changed when video games opened players up to the X and Y axis, giving players freedom to traverse across a two-dimensional plane.

Then, 3D gaming opened up to us a completely traversable 360-degree world with platformers like Super Mario 64. Despite this, the most modern shooters have felt like a de-evolution. As they’ve gotten better, and newer, they felt like they were also getting heavier, more immobile. Saddled with the futuristic space armor and extreme machinery, the dissonance of being able to traverse expansive open world levels, while still having the action limited to up, down, left, right on an X and Y axis became clear.

Doom breaks past these two-dimensional trappings through sheer action, and uses two neat tricks to break past the X and Y barrier: Glory Kills, and climbing.

Glory Kills are available to the player when they manage to stun the enemy by shooting them repeatedly. When the enemy glows a certain color, the player can then trigger a Glory Kill, which is a rapid scene of brutal murder. Aside from satiating some base bloodlust, the Glory Kill actually propels the player forward upon triggering to perform said kill.

What this does, in practice, is break past the 2D barrier mid-action, thrusting the player forcibly into the third-dimension through the sheer willpower of inciting chaos. It is is incredibly thrilling, but more importantly, liberating. The feeling is almost indescribable other than the tacit understanding that video games, more than any other visual medium, can convey movement in terms beyond aesthetic appreciation.

In fact, Doom is a very trapping game, placing the player in a determined arena, almost like a bowl. But the game is freer than most open world games because in tandem to the movement of running and gunning, is also the ability of climbing. Vertical and multi-tiered, Doom allows the player to zip around their battleground left, right, but more importantly up, down. The mountains aren’t in the horizon, they are the level, and rather than seeing, the player is allowed to be climbing.

I’d be impressed with Doom even if it stripped away all the demons from hell made Martian. Doom, for all of its transgressions against morality and good taste, is an exercise in free movement in game design. It’s frankly amazing how liberating it feels to play a game like Doom and more importantly is an examination on the unique properties of video games as a visual medium. It is next level so to say. In the 20th century, the Italian Futurismos wanted to convey action and movement in painting and sculpture. Film came along and project actual movement on screen. Now we have games like Doom as the next line in the artistic pursuit of distilling the art of movement.