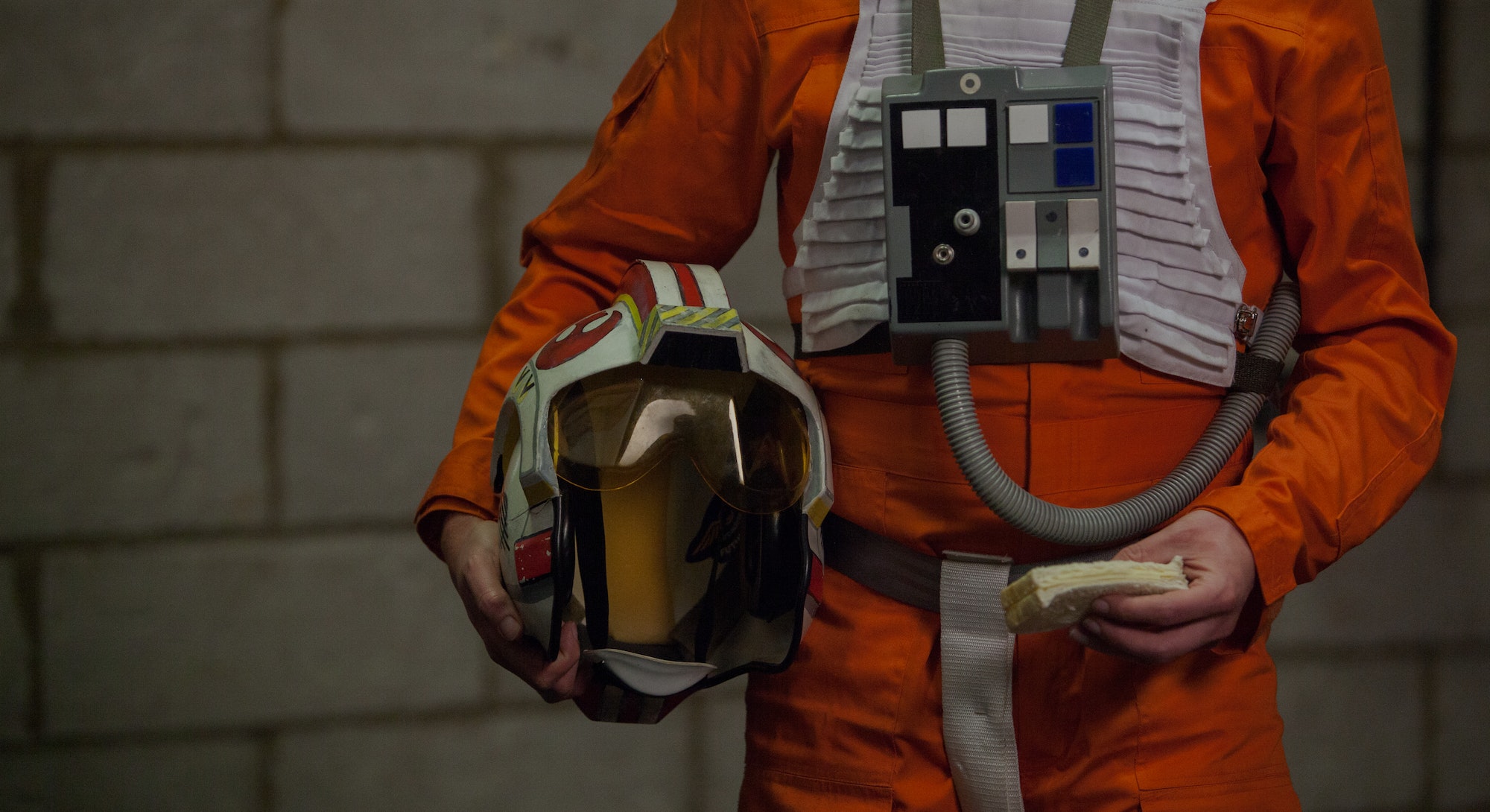 Every Star Wars fan knows Mark Hamill, Harrison Ford, and Carrie Fisher. But what about the stormtroopers, Rebel pilots, and extras standing next to them in the movies that fans have seen a thousand times — and often cosplay as — but never really stopped to take in?

Director Jon Spira’s new documentary, Elstree 1976, focuses on ten actors from Star Wars and The Empire Strikes Back who fit that exact profile. Spira wanted to tell the story of the bit players who found themselves on a film set outside London 40 years ago for a simple job on a weird American space movie, with the assumption that they’d never hear about it again. Instead, the movies they participated in became some of the biggest of all time.

Spira spoke with some of the relatively anonymous actors played some of the most iconic characters, including the men who played Greedo, Mos Eisley customers, and Darth Vader himself, to capture the personal stories obscured in the galaxy’s largest film phenomenon. And then he spoke with Inverse about the experience.

You met John Chapman, who played a background Rebel pilot in Star Wars, at a screenwriting class you teach. Did you expect that serendipitous meeting to bring you to this point?

I didn’t expect it at all. He was a student in the class, which was a very social group that always used to go out drinking, and one day he sprang that on me. He’s not a very forthcoming guy, and he wouldn’t just come out and tell everyone he was in Star Wars. It was something I think he keeps out of his private life and doesn’t really talk about. He just opened the door to this whole world.

Why do you think no one has told the stories of the extras or the bit actors like this before?

Everything has been said about Star Wars. And I suddenly realized actually every story hasn’t been told. The thing that interests me most is that they were on Star Wars for only a short period of time and it had a massive effect on their entire lives.

Were you a Star Wars fan before you made the film?

Star Wars is what made me want to make films. But in adult life I’m not obsessed. I don’t have posters on my wall or anything like that. But when I decided to make the film I had to de-categorize myself as a Star Wars fan. It was a big decision because I didn’t want to make a fan film, and I almost didn’t make it because of that.

What was the process like looking for the other background actors?

It was very quick. We originally just wanted to have only X-Wing pilots, but we didn’t have a timeframe for the movie so we started making a different film. But that project hit a wall, so we found ourselves in the weird position of having a motivated crew and we decided quickly to make the Star Wars film.

The initial rules were that the actors had to be in the first Star Wars film only and they had to have their faces obscured by a mask or a helmet.

How obscure did you want the Star Wars actors to be?

I wanted them to be anonymous in the real world, so it gave us scope to interview everyone from Darth Vader to the smallest extra. We certainly didn’t network it, we just made a list of people and phoned them up. If they said yes we interviewed them and if they said no we didn’t.

Did you have a specific line of questioning for them or did you just let them reminisce?

I have a checklist of things I was hoping to cover, but really I let them guide the interviews themselves. I’ve got a couple of tricks, and on this film the first question I asked everybody was how they define themselves. That was to throw them off a bit, to give them a difficult question to begin with and that opens them up very quickly.

They’ve all been interviewed quite a lot, and they sometimes tell you the same stories over and over again. They go into the same phrasing, and they go into autopilot really quickly. I don’t have a set idea of what these films will be when I start making them, so I don’t go in with a whole lot of questions, but one rule I set was that they can’t all be about Star Wars.

You said you didn’t want this to be a fan film. How do you think non-Star Wars fans can approach the movie?

There’s a real danger with this film, which is when I made it I didn’t make it directly for Star Wars fans. Part of my fear is that an audience won’t bother with it because it looks like a fan film and the fans might be upset by it because it’s got far deeper meaning and less Star Wars anecdotes than they were expecting. The truth is there’s something for everyone. It’s a very human story.

What was the most significant thing you found that these background actors had in common?

The film that most inspired me on Elstree 1976 is a documentary that the BBC made a couple of years ago called Fire in the Night about the Piper Alpha disaster, which was a huge explosion on an oil rig in the North Sea. All of the people they interviewed in the film had completely different lives before and afterwards, but they were bonded by this one moment.

The idea is that all ten of our interviewees are completely different people, come from different backgrounds, have different personalities, but they all have been through this one experience in the same way and didn’t even know each other at the time. All of them were in Elstree studios in the summer of 1976, they all spent a few days in costumes on a film which, quite frankly, they didn’t think was an important film, and all of them over the next 40 years were defined in someway by it. They’re all bonded by this bizarre experience of being elevated for something at the time they didn’t think was significant. It outwardly becomes to the world the most significant thing of their entire lives, and they’ve had to learn to live with it.

Elstree 1976 opens in limited release May 6. Find out where to see the movie here.