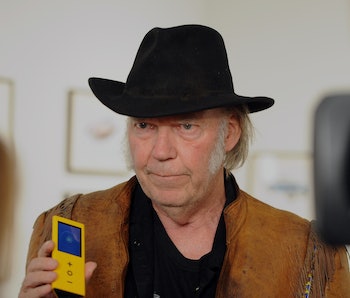 “Something is happening here, but you don’t know what it is…” So sang popular musician Bob Dylan on his 1965 song, “Ballad of a Thin Man,”, a highlight of his Highway 61 Revisited album, which was pretty big. It’s also the song used in a trailer video for Something That Is Happening in October, posted on his Facebook page.

Similar videos recently popped up on the social media accounts of The Who, The Rolling Stones, Beatles-member Paul McCartney and, uh, Roger Waters — formerly of pretty big rock’n’roll band Pink Floyd. All of the videos feature vintage, often iconic footage or singles from the respective acts, on and off stage.

The implication: wow, these guys have been around for a while. Perhaps we’d dare to say… they’re old. They’re not gonna be around that much longer. With all the greatest pioneers of pop and rock getting on in years — and even succumbing — what better time to shell out a bunch of money to see a bunch of them at once?

Rumors had been circulating about a massive rock festival coming to the wilds of California this year, but today the event was confirmed as being linked to these teasers. The three-night Desert Trip festival will be staged this fall in Indio, California, in a mini-stadium specially built for the event. Also on the bill: Neil Young, an apt fit.

Here’s the official trailer for the festival, full of “True, Real Essential…Rock”:

If you aren’t under the age of 20, or won’t still be too busy with Views at this time, maybe this is the summer fest for you. Here is the breakdown of ticket prices:

These doozies will be on sale Monday the 9th, at 10 A.M. More info about this wizened, but certainly legendary bonanza is available at the official website. Keep on rocking in the free world.

For more content about old people, please check out our recent article speculating on new titles for the Indiana Jones movie.