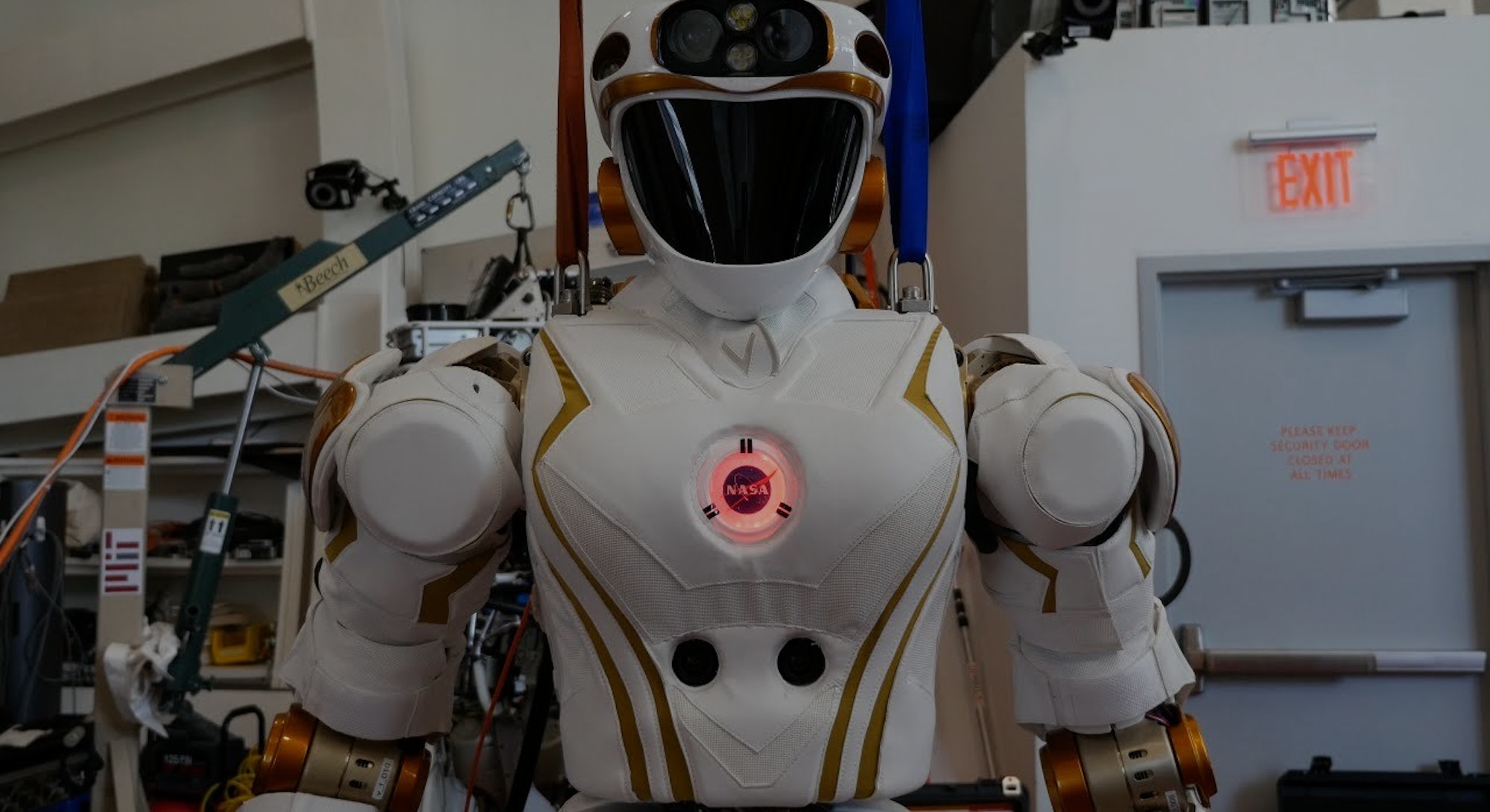 What’s 300 pounds, six feet tall, looks like a white knight, and has no face?

Valkyrie is NASA’s humanoid robot that’s been built to accomplish tasks in extreme space environments too dangerous for human astronauts, be it in zero-gravity orbit around the Earth, or on the cold, desolate surface of Mars.

Late last year, NASA announced that it was going to gift a pair of these babies to two MIT research groups and allow them to test Valkyrie’s function and help advance its capabilities to better suit the needs of space exploration on other worlds.

MIT’s Computer Science and Artificial Intelligence Laboratory (CSAIL) was one of those recipient groups. Headed by Russ Tedrake (who recently joined Toyota’s new A.I. program), CSAIL will be working on getting Valkyrie to work on high-level autonomy.

“Our work is about vetting the robot and seeing what it is capable of,” said Tedrake, according to an MIT news release. “If we can integrate the autonomy work with our planning and control algorithms, it could result in an unprecedented level of autonomous capabilities for a humanoid robot.’

Tedrake and CSAIL are in very good shape to take over Valkyrie’s testing and tinker around with the bucket of bolts. His team spent three years developing and testing another six-foot humanoid robot as part of the DARPA Robotics Challenge, which held its finals last year. That team placed sixth overall.

NASA’s ultimate goal is to create a permanent outpost on Mars. When we finally do send human astronauts to Mars, they won’t be building these outposts themselves. NASA has been outspoken about its belief that a crew of robots will be used to build the initial infrastructure.

There are real issues with the idea of using biped systems to build things, namely that humanoid robots kind of suck. A humanoid frame is not exactly the most efficient construction worker, and there are other robotic designs that could be better suited for navigating through the Martian terrain.

Nevertheless, it’s exciting to think about what CSAIL might be able to do with Valkyrie — which can withstand freezing weather, an oxygen-light environment, harsh UV rays, and other things that characterize the hellish climate of the red planet.