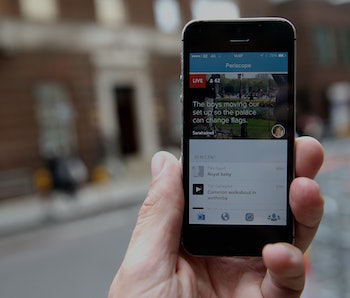 This week of tech company earnings reports has taught us, among other things, that Facebook is growing vastly and broadly while Twitter is trending down. Facebook is winning in terms of revenue, active users, and is growing fast in mobile video ads. CEO Mark Zuckerberg, riding a high during his company’s quarterly call, even went as far as to say he thinks his company’s A.I. will come to perceive media better than humans in five to 10 years. Of course, as it turns out, that is the one area where Twitter does have a head start on Facebook.

Facebook has face detection technology to quickly tag friends in photos, but video, especially live video, is a more difficult to interpret. More difficult, but not impossible, as Twitter’s A.I. division, called Cortex, recently debuted software to MIT Technology Review that does essentially that. The Cortex system can tag objects in real time from live video feed broadcasts and identify objects and key things happening from the events of users’ daily lives.

Twitter hasn’t yet rolled out this technology to any of its services, but it’s testing it out on Periscope, Twitter’s own live stream app, and allowing the A.I. to learn more.

This is a gold mine technology for social services such as these, because there’s currently not a very good way to algorithmically suggest good live streams to users, and live video is becoming very popular. Currently, videos are suggested based on likes and shares from other users who share similar tastes and follow like-minded people. But, the Cortex team aims to combine that data with information about what’s actually happening in the video.

“We’ve always seen competition over our 10 years and we believe we have a leadership position in live,” Twitter CEO Jack Dorsey told CNBC in an interview about the declining status of the company. “Live is not just about live streaming, but it’s around these live events. And we think Twitter is better positioned than anyone else out there because the people on it are tweeting every single day about what they’re seeing, what they’re thinking, and about what’s happening right now.”

Better video sharing means more people might go to Twitter. And more people on Twitter means more potential ad revenue, something the company desperately wants to grow. Cortex’s technology isn’t being monetized yet, but there are obvious applications for how this technology could better deliver targeted ads to users.

Zuckerberg may have something more robust in mind for his previously stated five to 10 year window, but it seems the race for artificial understanding of live video may be the one place Twitter is ahead of its competition.