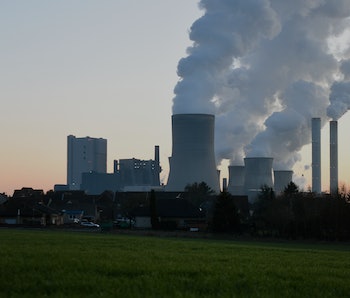 As many as 155 countries are expected to sign the much-discussed Paris Agreement in New York on Earth Day, April 22. However, as Santiago Villalpando, the United Nation’s Chief of Treaty Section in the Office of Legal Affairs, explains in a new video, implementing that actual agreement won’t be quite as simple as just everyone showing up.

To begin with, of course, the parties do need to sign. While Friday is their first opportunity do so and many are expected to sign then, they’ll actually have a full year to do so — until April 21, 2017. Once a signature is added, symbolizing a state’s acceptance of the terms, that acceptance needs to be officially ratified. The last phase, then, is what Villalpando calls “the entry into force of the agreement itself.”

In order for that final phase to begin, 55 parties need to sign and ratify the agreement — but not just any 55. This number needs to also represent 55 percent of our total greenhouse gas emissions. Once that threshold has been passed, the real work of implementing the Paris Agreement can begin.

The Paris Agreement represents the United Nations Framework Convention on Climate Change’s plan to begin curbing greenhouse gas emissions on a global scale by 2020. In December 2015, 195 nations attended the Paris climate conference and agreed to the terms of the deal.