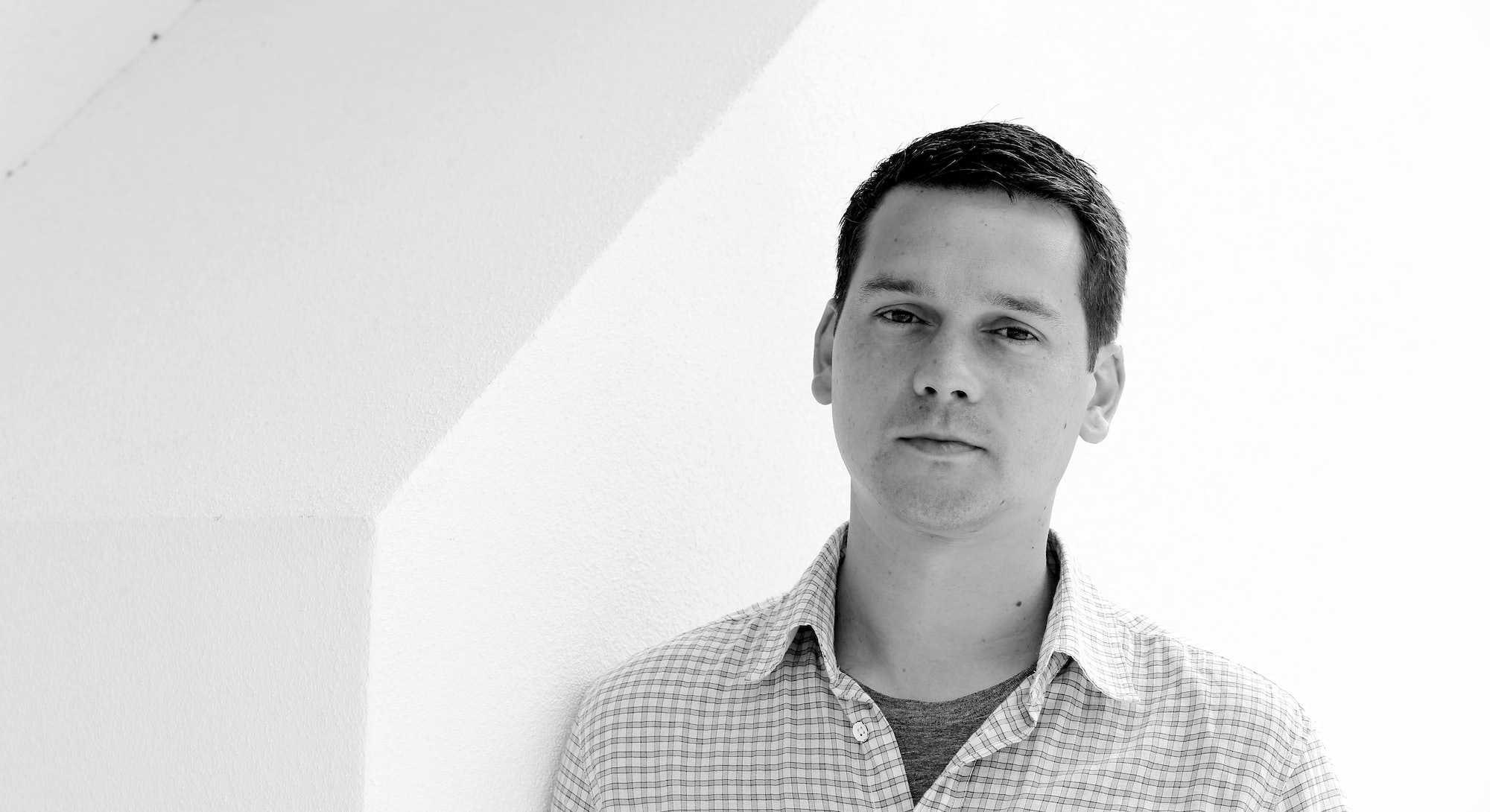 Writer/director Jeremy Saulnier knows how to make you uneasy. His noirish second film, Blue Ruin, was a revenge movie about a vagrant who must return to his childhood home to carry out a justified act of violence. He’s back this year with Green Room, a film so brutal that it’s earned Saulnier even more critical praise.

In the film, a down-and-out punk band led by Pat (Anton Yelchin) plays a one-off show for gas money at a secluded pacific northwest road house. The venue happens to be run by a mob of skinheads, led by Darcy (Patrick Stewart), who plays deftly against type. While gathering their gear to get out as soon as possible, the band witness a murder. What happens next makes Green Room of the most bone-chilling thrillers — and one of the best films — you’ll see all year.

Inverse spoke with Saulnier about his punk roots, creating tension on-screen without violence, and his desert island band.

Sean Hutchinson: The idea for the movie came out of when you were part of the punk scene in Washington D.C.. Were you in any bands? Did you play any instruments?

Jeremy Saulnier: I was not good enough a musician to play, even in the punk/hardcore scene. So I was a yeller. I screamed into a microphone. I had to run around on stage and be very physical. It was good times.

You’ve had the idea for this movie for over a decade. Why do you think no one had framed a siege thriller around the kind of organized chaos and violence of the punk scene before?

It was a film I wanted to make a long time ago, but I feared that if I waited any longer I would outgrow it. It’s very intense, and I thought I might be getting too soft to do it anytime down the line, so I gave myself one year after my last movie, Blue Ruin. I kind of fast-tracked it, and wrote it, didn’t overthink it, and cranked it out.

It was one of those ideas where you’re paranoid as a filmmaker and a lot of other ideas I’ve had I had to keep to myself because I had no resources or no access. But now I had access and had resources so I went straight into it.

Why look backwards to your roots to tell this story? What drew you to the past?

Aside from school, my youth was predominantly making flicks with my friends and going to punk and hardcore shows. I had nothing really to show for it physically. I have a couple of old demos on cassette, and old photographs. But this was a way for me to put on-screen all that I loved growing up, and to celebrate that energy and that youthful indifference.

There was a lot of aggression in the music, but the scene was very positive — it was very supportive and eclectic and diverse. I wanted to archive this amazing aesthetic and the energy that I was attracted to as a kid so I could fuse together the punk and hardcore that I loved growing up with all the cool atmospheric genre films that really influenced me.

At first I was at a loss at how to kind of categorize Green Room, but during the movie I kept thinking of Straw Dogs, where this very violent situation erupts out of something far from it. What were some of the movies you were thinking of while making the movie?

Straw Dogs is probably the main reference because of how it extracts such a great, full-bodied cinematic experience from a relatively thin plot. The motivations: they’re not contrived. They just happen. It’s sort of just a base level survival story but it’s so engaging.

You mentioned genre films. Did you think of any in a specific way?

I knew the movie could easily be considered horror because of the amount of violence, and the setting itself is like a haunted house. But the way I approached it was like a war movie. In my pre-production look-book I referenced some of Apocalypse Now and Platoon, just so we knew we were not going for a slasher movie.

Most of the disturbing points in the movie come from un-exaggerated moments, whether it’s a bone breaking or a stabbing or someone choking another character. Did you always want to base the violence in the simple acts themselves?

The real discipline was how to create a pressure cooker situation with a lot of tension without any violence. There’s certainly an inciting incident that’s a senseless act of violence that sets the whole film in motion, but the rest is just information deprivation and really trying to have these performances be front and center to create that tension. I let the violence unfold naturally because eventually this thing had to explode. When it does I let it go all the way.

How did you do that?

To keep it authentic and brutal and awkward and real so it’s not slick or too formulaic or contrived. The choreography is blunt and sloppy. So is the violence. Sometimes it’s full frontal to rub the audience’s face in it. That’s not just to be sadistic, it’s for them to see what the characters are really experiencing because the characters don’t like this; they’re reluctant in their transition into killers. The trick is to humanize it so the violence has this very strong emotional component to it.

Where did the character of Darcy come from? What was your approach with making your main villain such a subtle but huge threat?

In my limited knowledge of these white power organizations, there’s often a political father figure. In the ones I was using as reference, the leaders are not nefarious bad guys. They function within society. They have jobs, they even serve as local politicians, they recruit, and they have authority.

Darcy was really about pragmatism and self preservation, not so much out of blood lust. This guy is not here for the joy of dispatching a bunch of young kids. He’s just here to mop up.

What made you think Patrick Stewart could pull that off?

We just lucked out that he joined my management company and was looking for something new and fresh and maybe a little bit sinister.

He was really gracious, and we were always on the same page about how his character would look, even down to being very particular about what kind of glasses he would wear. We both knew that the power of this character is that he doesn’t need to yell. He doesn’t need to emote or give big monologues. It’s understood that he is the alpha and people do as he asks. It was about being very quiet and intimate, and that’s how he played it.

Black Sabbath, for sure. In my late teens and early 20s I just loved the bluesy, lo-fi, kind of hard rock vibe to it. There’s some really great metal riffs and some folk songs too. There’s a good diversity. I’m certainly of the Ozzy Osbourne solo camp, but I think Black Sabbath is my shit.